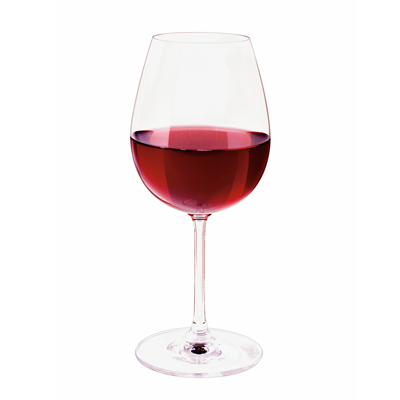 Sensors In Motion Collapses the Umbrella
by Bryon Moyer

OK, so, those of you who have notions about consumer-grade inertial measurement units (IMUs)? Listen, I need you to do something for me now. Actually, not for me, but for your own good. I need you to sidle over to the nearest chair and ease into a comfortable seated position. Believe me, you’ll thank me in a minute.

Because today we’re going to look at a corner of the market we haven’t explored before. We’ve spent untold hours on the challenges of pedestrian navigation, but what about navigation for items that are, shall we say, less pedestrian? Like airplanes. Or cars. Or tractors.

Let’s review really quickly: the issue with pedestrian navigation is that, indoors, you have no GPS. So if all you have is your sensors, then you have to navigate by dead reckoning – calculating each move and piling up error as you do so. It’s a tough gig, which is why beacons and other technologies join the party in the broader concept of real-time location services (RTLS).

But, with few exceptions (notably indoor parking structures), you’re typically not driving or flying through the living room or the mall. In other words, the indoor thing doesn’t really apply, mostly. So if we can just sort that silly garage thing for cars (no such problem for planes), then we’re good. Right?

Apparently not. (You probably guessed that, since, if it were that simple, we wouldn’t be spending time on it. I know… you’re clever that way.) Yes, out in the wide outdoors, you’re nestled warmly in GPS’s protective embrace. Well, mostly – unless GPS is unavailable at the moment. Maybe it’s blocked by a building; maybe there are too many paths confusing the receiver; or maybe some despot in some hermit country somewhere is having a hissy fit because someone else called him a poopy-head, and now he’s jamming all the GPS he can get to. Sensors In Motion’s David Smukowski suggests that you can be denied your GPS fix for as long as an hour.

A lot can happen in an hour. In fact, while tootling down the road, Miss Daisy happily clucking away in the back seat, at a safe-and-sane 45 mph (in metric, that would convert to… oh, medium auto speed), a gyroscope could be accumulating one foot (I think that converts to one “pied” in metric) of drift every second.

Yeah, that remarkable row of honeysuckle isn’t going to last long if we’re in the neighborhood. It’s nice for phone gyroscopes not to drift much, but it’s really really really important that the gyroscope responsible for getting us to where we need to go, without sacrificing the landscaping, be really really really accurate.

Which can be done.

Here’s how Sensors In Motion (may I call you SIM?) susses out the current high-end gyroscope market. And yeah, it’s generally the gyros that are the issue. There are three manufacturers that dominate the navigation-grade scene: Sagem, Northrup Grumman, and Honeywell. They’ve inherited the long tradition of navigation gyroscopes, which hasn’t necessarily made the transition to MEMS yet. Partly because they haven’t had the competition.

And you know what happens when there are only a few guys in the market with no technology alternative: yeah, if you’re one of those guys, well, you’re gonna be able to get that boat you’ve had your eye on. Because here’s how the high-level gyro numbers play out:

I also read about a strategic grade that’s even more rarified than nav grade. I assume pricing is suitably stratospheric.

[OK, could someone go give that guy in the corner some air? This is why I asked him to sit down before reading, but some people never listen.]

Yeah, stunning how quickly the price goes up.

The good news about this kind of market? We already talked about it: that boat. The bad news? It becomes a really tasty-looking target for anyone that can lob a grenade into the market (or, more genteelly put, “disrupt” or “rationalize” the market or “collapse the price umbrella”).

Which is what Sensors In Motion is trying to do.

They’ve actually been at this for a while – like 25 years. It’s just that much of it was at the Jet Propulsion Labs; they spun out in 2006, moving into commercial facilities with funding by both commercial and government money. And with that money, they’ve perfected the wine glass.

Stay with me here… it turns out that it’s been scientifically proven that, at weddings, after applying local inebriants somewhat too liberally, someone has to start running their fingers around the wine glass. Yeah, you know that guy. (Some of you probably were that guy.)

But, had you been more enterprising, you would have realized that, once resonating, if you turn the wine glass, the standing waves will also turn, but slightly delayed. (What, you never noticed that?) This was discovered in ’90. 1890, that is. (No, it was not in Portland.)

Well, SIM has reduced the wine glass into a MEMS device. (Yes, they washed it first.) In fact, they’ve created a sort of Fresnelly collection of concentric quartz resonators that – critically – are supported at one single point in the middle.

This is as contrasted with acoustic-wave and similar approaches, where the proof mass is anchored at multiple points. And they say that a tuning fork has too many moving parts.

So… I don’t know what it costs to make these, but a MEMS approach will presumably be cheaper than a precision macro device. And, of course, I know not to confuse cost with price. So, whether it costs $10 or $1000 to build, SIM can disrupt the hell out of the navigation market by launching at a miserly $15,000 or so. They’ll also compete in the tactical market.

If experience and volumes permit, they could choose to compete in the consumer space – they suggest starting with heavy equipment and agriculture. Automotive is also a target, but it has a $200 price limit. This is where binning becomes useful at test – although they say that their worst stuff is still better than the best stuff from many other players.

Oh, and for higher volumes, they’d need to do an ASIC as well. Right now, all the electronics are done externally with discrete components; the applications that use them at present don’t have major space constraints and can live with that. Wafer-scale packaging can also help when the time comes.

They do see the need for a better accelerometer, but they’d need separate funding for that. Right now, all their attention is on the gyro, and their IMUs use accelerometers made by someone else.

Back in October, they announced their first IMU. It boasts angle random walk (ARW, how much error accumulates each time a turn occurs) at less than 0.0035 °/?hr. Its bias instability (jittery noise even when the gyro isn’t turning, which should ideally average to zero at rest – loosely referred to as drift) is 0.01 °/hr, qualifying it as navigation grade.

Assuming they can make these in reliable volumes, this would have to have some folks at the incumbent companies double-checking their current slip fees. It’s their move.