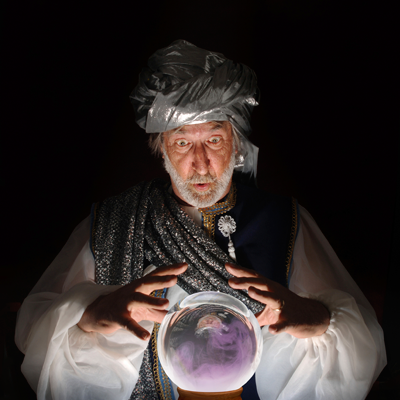 Hazy Predictions for the Coming Year in Technology
by Jim Turley

With a quick polish of the crystal ball (okay, it’s a snow globe) and a tip of the hat to Scott Hilburn, I do hereby make my official and semi-seriously considered prognostications for The Year in Technology, 2015 Edition.