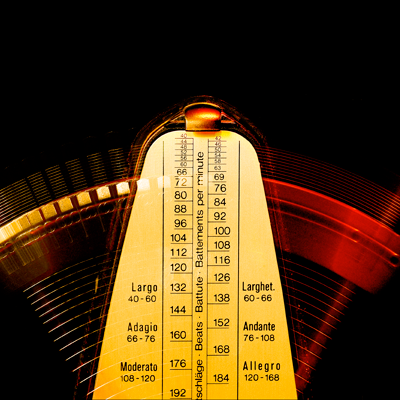 Can an Asymmetrical Metronome Turn Process Delay Into Product Advantage?
by Jim Turley

The possible answers to that question are so fascinating because of the six-quarter (being kind) delay bringing up the 14nm FinFET process and the Broadwell products. Given that [a] Broadwell is a modest architectural step from Haswell and [b] Skylake is engineered to take full advantage of the 14nm FinFET process, a reasonable conjecture is that Intel will have an asymmetrical tick-tock metronome on 14nm. In plain English: there is little reason that Skylake should experience a six-quarter delay; the new microarchitecture ought to be “waiting in the wings” and ready be designed into mobile, laptop, desktop and server products … by no means in that order.

Frustratingly for the journalism crowd, Intel isn’t saying much. The last product updates show an amorphous Skylake blob arriving in H2CY2015. Zero detail on neither the new microarchitecture nor its order of rollout across the product lines. Such a dearth of information does not impede my observations and speculations one iota.

Broadwell was launched across the mobile product line for good reason: Intel needs all the help it can get to compete with ARM at the tablet-end of the market. OEMs have already announced Broadwell-based tablets and two-in-ones, shipping in time for the holidays. Even this first batch of products demonstrates creative solutions made possible by Broadwell’s smaller form factor and lower TDP; for example, most everything is very thin and very fanless.

Intel is in the process of rolling out Broadwell K-series desktop processors right now. These are the unlocked “enthusiast class” CPUs atop the desktop product line, which typically do not get the first-in-the-queue treatment. Indeed, it is something of a mystery when Broadwell will appear on the non-K Core i5 and i7 CPUs. This is very much out of character, as the desktop roadmap/timeline has always been published simul.

While the vast majority of the volume in desktop processors—and yes, there IS still volume in desktop processors—is in the mainstream Core i5 and i7, the unlocked Broadwell K-series processors move out the door at ridiculous gross margins. They are compatible with existing Z97-based motherboards, so demand from the gaming posse will ramp in a blink. Throwing a new toy to power-user gamers will garner good press and limit the fallout when …

SPECULATION. We will not see Broadwell non-K desktop CPUs; Skylake will arrive with a ‘bang’ and heaven knows how many SKUs across the entire desktop product line. This makes sense, as these processors strut a new LGA 1151 socket and 100 Series chipsets. In plain English: one cannot upgrade from the existing LGA 1150 and Z97 chipset to a Skylake processor. Hence my comment vis-à-vis limiting fallout: gamers lives in a constant state of caveat emptor, very much UNLIKE the readily miffed IT crowd.

Laptops are certainly a strong possibility. Apple is unlikely to jump on the mobile Broadwell bandwagon: while it would make for a slimmer Mac Book Air, it would most unfortunately fail to move the performance needle. And despite Apple’s myopia when it comes to thin, there is no way they are going to let the Mac Book Air get out-muscled by Ultrabooks.

OBSERVATION. The Mac Book Air is getting long in the tooth and Apple wields a big stick inside Intel (as opposed to Intel Inside). Tim and Company are no doubt applying pressure to get a major refresh across their entire laptop line: Mac Book Air and Mac Book Pro alike. And that means Skylake: DDR4 is CERTAINLY on the must-have list and Broadwell is stuck with DDR3 (with one notable exception; hold that thought). Stating the obvious: as wants Apple, so wants the Windows laptop universe; given the aggregate volumes, the laptop product line could be the ideal launch vehicle for Skylake.

A few weeks back, I discussed Intel’s ambitious new Haswell-based server CPU … all eighteen cores of it, with 45 MB of L3 cache ON THE CPU DIE. Amazon is already putting this octadeca core behemoth to work in AWS. At the time, I asserted:

Next up? Xeon with at least two dozen Broadwell cores on the 14nm node.

In the context of THIS post, let’s re-think that statement. The Xeon product line has an insane number of SKUs: the latest E5-2600 v3 portfolio starts at two physical cores and works up to the 18-core flagship. So how might Intel play its 14nm process differentiator across the Xeon line?

SPECULATION. Imagine a “quick hit” Broadwell-based Xeon product offering—say, a sparse half-dozen SKUs—with four to eight physical cores, in the existing LGA 2011, and compatible with existing server chipsets and motherboards. Remember the DDR4 caveat earlier?  It applies here, as the latest Haswell Xeons sport DDR4 memory controllers. The value proposition would be lower power, higher performance, lower cost, and leverage of the existing ecosystem. Call it a “Broadwell Bump” for the lower half of the Xeon product line.

Such a one-two Broadwell-Skylake punch would reinforce Xeon’s role, as I’ve stated before:

Intel’s gross-margin-dollar-printing-press will remain firmly rooted down the big iron Xeon fork in the road.

Intel has open-field running right now with arguably the strongest of the 14/16nm FinFET process. Rest assured that Intel is pedal-to-the-metal to make the most of that advantage.