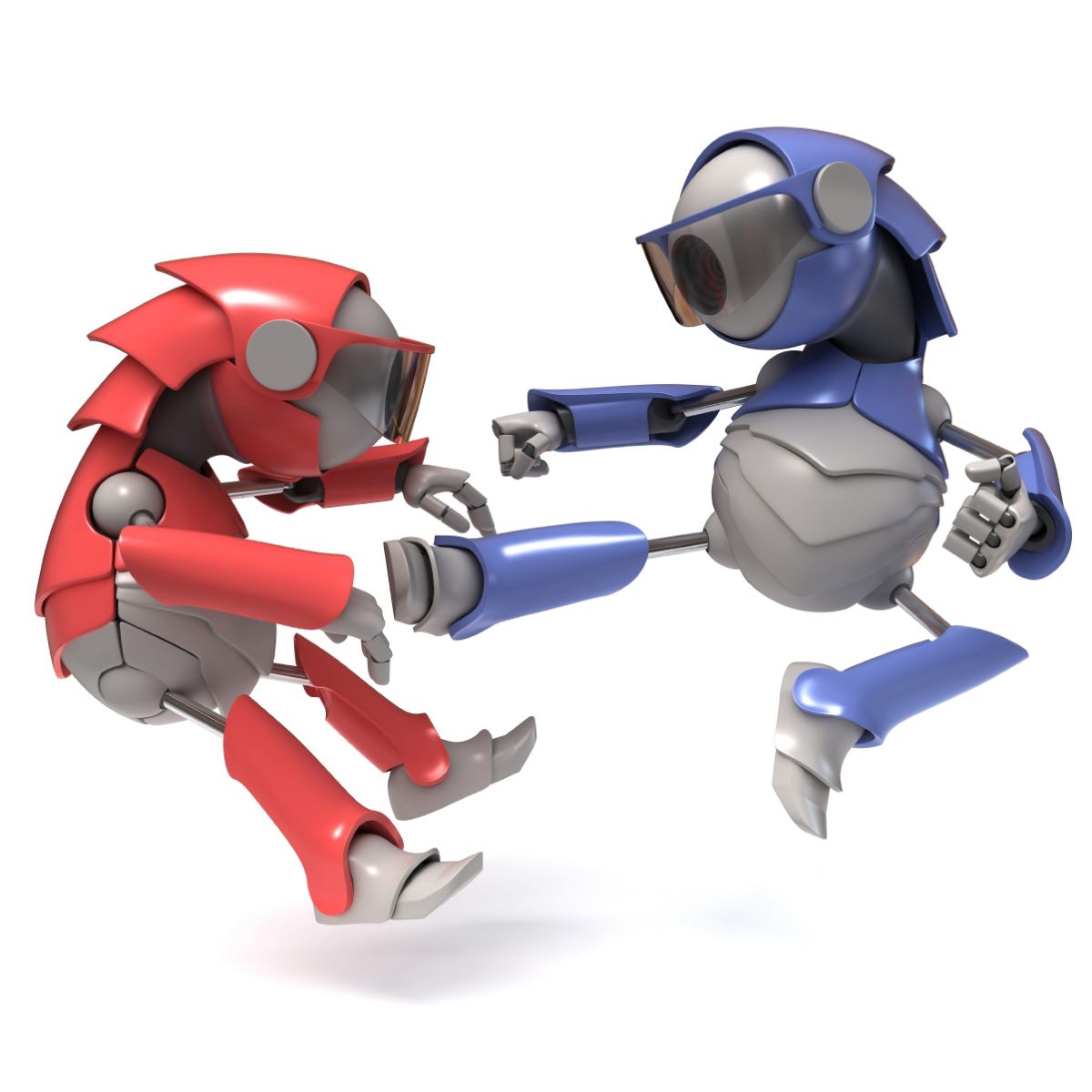 Are You an Android or a Robot?

Business Models Collide, Over and Over Again
by Jim Turley

There’s an old saying that programming is – ahem – like practicing the world’s oldest profession. In both cases, there is no inventory, no fixed overhead costs, and no actual goods sold. Instead, the “product” is really a service. Both depreciate rapidly and both are labor-intensive. Most of all, practitioners get to sell their product to one customer and then sell it again to somebody else. With no cost-of-goods-sold (COGS), every sale should be pure profit, right? And yet, people in neither profession ever seem to get rich. What’s wrong with that business model?

I can’t tell if Android is doing really well or if it’s heading into a downward spiral. On one hand, Android has taken the embedded world by storm, powering all sorts of new devices. What could be better than a free operating system, and one packed with features, too? And open source? With lots of support? Sign me up!

On the other hand, Android has sucked the innovation – and the profit – out of several businesses. The most notable balloon that Android has popped is smartphones. Google’s operating system has enabled a ton of hardware makers to jump into the booming handset market. And that’s exactly the problem. A free operating system allows any entrepreneurial startup to get into the smartphone market for (relatively) cheap, but that also opens up the market to other low-cost competitors. They’re all getting into the business for exactly the same reasons. And with the same OS, the same development ecosystem, the same third-party apps, and the same commercial silicon. About the only way to differentiate is the color of the plastic.

The result is what economists call a race to the bottom: a downward price spiral that benefits consumers but rips the guts out of the businesses competing to supply them. With little room to differentiate themselves, the competitors are locked in a deadly embrace as they all circle the drain together. Google wins; the handset makers collectively lose.

Yet it’s hard to call Android a loser when its share of the smartphone market is holding steady at 85%, versus Apple’s 12%, 3% for Windows Phone, and 1% for BlackBerry. On the other hand, every single Android smartphone maker loses money, with the sole exception of Samsung, which is not only the #1 Android maker but the #1 smartphone maker of any kind, running circles around #2 rival Apple. Samsung makes far more high-end phones than Apple does, yet the Korean firm has just one-tenth as much profit to show for it.

Hey, I can give away $20 bills faster than my neighbor. Does that make me the winner?

Bear in mind that, while both companies design their own handsets, Apple also creates its own custom chips, which is no trivial endeavor. (Samsung generally buys its chips from Qualcomm.) And that’s on top of Apple’s R&D on developing the iOS operating system.

So… Samsung and all the other Android handset makers design (almost) no chips and develop (almost) no software, versus a company that develops both (almost) from scratch… and all but one of them still manage to lose money? Android was supposed to enable new market players, and it certainly did. It enabled them to lose an ISO-standard bucket load of money.

Bizarrely, Android may actually prove to be a boon to Apple, despite that company’s previous CEO threatening to “go nuclear” over its release. It distracted virtually all of Apple’s competitors, fomenting internecine warfare.

Over in embedded land, where hardware makers often have no direct competitors, Android-based devices are doing great. The open-source(-ish) OS has given countless developers a jumpstart on their projects. It lowers their development costs without necessarily encouraging a lot of cut-price competitors. That’s what open-source software is supposed to do.

We saw a similar thing happen in the PC world, where Microsoft provided the de facto standard operating system and left the PC makers to crank out the expensive bits. That left little room for hardware vendors to differentiate, because if you strayed too much from Redmond’s schematics, your PC wouldn’t run Windows (or would need lots of vendor-specific drivers). Instead, we got price competition – good news for consumers, but terrible for hardware makers – and an entire industry in a death spiral. PC makers dropped out of the market one by one, right up until the market itself nearly disappears.

Apart from the 20-year clock skew, the two stories are playing out remarkably similarly. Software maker sucks all the innovation and profit out of the business; hardware makers scramble for crumbs until most have starved to death.

The difference this time is that Android has a life beyond just smartphones and consumer electronics, whereas Windows never really caught on outside of PCs (Windows CE, Windows Embedded, and Windows RT notwithstanding).

So is Android a generous gift to the industry, or a Trojan horse that infiltrates companies and forces their collapse from within?

That probably depends on whether or not you’re creating smartphones. (And if you’re employed, you’re probably not.) Android is at the heart of countless embedded systems now, and most developers sing its praises. (The traditional embedded-OS suppliers are a bit less fervent.) Android has become the stock answer to the question of which Linux incarnation you want to use, and it’s allowed programmers to add a lot of functionality they might otherwise have missed.

Even a Trojan horse can be useful. If nothing else, you can cut it up into firewood.

One thought on “Are You an Android or a Robot?”