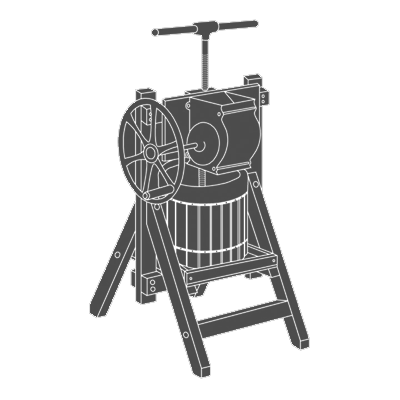 There’s this meeting of technologies subtly underway. On one side we have batteries, which store more energy. On the other, we have supercaps, which deliver higher power. As we’ve mentioned in the past, technology seems to be evolving to bring the two together, blurring the distinction. The best combination is one of high energy storage and high power, and, while we’re not necessarily there yet, a team at UCLA has published some results for a supercapacitor with storage properties approaching that of a lead-acid battery.

First, though, a couple of figures of merit. Absolute energy capacity and power are important, but they can be applied only to a given supercap or battery. A bigger unit will store more energy, for example. There are two measures for evaluating the storage capacity normalized for either weight or size, generically known as the specific capacitance, and they’re properties of the energy-storing material.

Storage per weight of material is referred to as the gravimetric capacitance, and, historically, this has apparently been the more important of the two measures. The idea is that a lighter material is better. Given that porosity has been a good thing for supercaps, this fills the volume with lots of air.

Folks have looked to graphene, one of the wonder-forms of that wonder-element carbon, for ways to improve storage. It can theoretically store 550 F/g, but, according to the UCLA team, this has never been realized. The 2D graphene layers apparently have an annoying tendency to reorganize themselves, due to ?-orbital interactions, into 3D graphite-like powders and films; this cuts down the surface area. And supercaps are all about surface area. As a result, real-world graphene sheets have yielded less than 180 F/g – far less than their theoretical potential.

Folks then tried adding lots of micropores, which you might think would improve ion mobility, but that achieved only 168 F/g. The reason was that these micropores created a rather tortuous route – one that the ions had a hard time navigating. So the ions ended up having to travel around the graphene sheets rather than through the pores, providing the less-than-satisfying result. Using lasers to create a more open porous structure boosted the capacitance to 276 F/g – better, although still about half of the potential.

The work done at UCLA was intended to improve upon all of these prior results. The team refers to the material as a “holey graphene framework,” or HGF. It’s less about specific material, which is still graphene, and more about how the structure is created.

They start by mixing graphene oxide bits and hydrogen peroxide; this mixture is sentenced to a time-out in the autoclave at 180 °C for 6 hours. During this stint in purgatory, the material self-assembles into hydrogels with pore sizes ranging from below 1 µm up to several microns. The walls of the pores are composed of single- or few-layer graphene.

The hydrogen peroxide plays a critical role, and the amount matters. It attacks defects in the graphene, opening up carbon vacancies and creating the pores. Without it, you don’t get the holey property. But, if too much is used, you end up with too much etching, and the material becomes brittle and fragile. Using it in that state would require the addition of a binder, which is undesirable.

So, at the right mix, you have this hydrogel that escapes from one circle of Hell and enters another: It’s compressed under a hydraulic press to increase the packing density by 60 times. Critically, this process doesn’t change the layer-to-layer relationships; the layers remain robustly interlocked. Much of the liquid runs off like so much cider from pressed apples.

With these pores, ions can now travel more efficiently through the sheets instead of having to go around them. This is particularly useful for organic electrolytes, which can generate higher voltages, but have larger molecules. In older materials with small pores, they yield 20-40% lower capacitance as compared to aqueous electrolytes. By contrast, the HGF approach creates holes that are roughly the size of the organic electrolyte molecules, allowing efficient passage.

Regardless of which electrolyte is used, it can be added during manufacturing by fluid exchange with the solvent. And, importantly, it can reach all of the necessary surfaces because they’ve already been wetted by the autoclave and pressing operations.

The peroxide etching creates the porosity favored for keeping things light, but then, critically, the compression reduces the size, giving both good gravimetric and good volumetric capacitance: 298 F/g and 212 F/cm3, respectively.

Fully assembled, these numbers go down because weight and volume are added for things other than energy-storage. The total package includes two electrodes, two current collectors, the electrolyte, a separator, and, of course, the enclosure. Including all of that extra baggage in the calculations yields gravimetric energy density (not capacitance) of 35 Wh/kg and a volumetric energy density of 49 kWh/l.

It’s too early to know for sure when and if the HGF material will work its way into commercial batteries/supercaps. But it’s a promising result; we’ll have to keep an eye out for further developments.

One thought on “Holey SuperCap!”