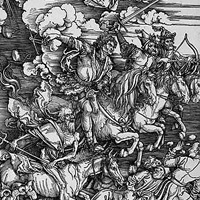 What Does the Future Hold for the Semiconductor Industry?
by Dick Selwood

When I looked at the forecasts from London-based analysis company Future Horizons this time last year (Malcolmy: Entrails, Crystal Balls and Spreadsheets), I saw that they predicted that, while short-term (through 2014) sales volumes were set to increase, the long-term future of the industry was looking a little less than rosy. A year on, the picture Malcolm Penn, the MD of Future Horizons, is painting is much the same, with the pessimism for the long term even more marked.

First – the good news: Penn has revised upwards his forecast for the number of ICs shipping. His downside forecast shows growth of 9.8% and his upside predicts growth of 11.2%. For 2015 he is going for 15% growth, perhaps more.

But, sensibly, this is attended by caveats. His forecasts are guided by his four horsemen: The Economy (in its broadest sense), Fab capacity (as indicated by capital expenditure), Unit Demand, and ASPs (Average Selling Prices). While these are clearly interdependent, there is no mathematical connection, and so it is impossible to build a model. Underlying these is something that is even more difficult to measure – the emotional state of mind of the semiconductor industry.

The International Monetary Fund (IMF) forecasts of the economy are not very positive, as we still strive to recover from the 2008 financial crisis. The Eurozone is still struggling – Spain, Italy and France are in serious difficulties. The US economy is growing sluggishly, while the developing economies are seeing some growth. However, there is a huge question mark over the future compared with this time last year. In the last twelve months, we have seen the Ukraine confrontation, the escalation in the Gaza strip, and the growth of the ISIS regime. So far the usual metric of international insecurity, the price of oil, has remained stable.  General business confidence, while slightly higher than it was this time last year, is still shaky, which means investment decisions are being deferred.

Focusing on the semiconductor industry, it is more of the same. Uncertainty about the future means that manufacturing plants are ordering only the minimum supplies of chemicals and wafers that they need. There is little capital investment, despite the growth in units shipped. Capacity for logic devices is getting close to full in the foundry market, where most of these devices are made. TSMC, which has 60% of the market and, according to Malcolm, all of the profits, is turning away business after devoting an entire fab to the Apple A8 processor for the iPhone 6. Manufacturing processes are so different between different foundries that any company with a design created for a TSMC 28nm process is not going to find an alternative foundry. This has the potential to create serious problems for smaller companies relying on TSMC.

If growth is going to be 15% next year, there needs to be some investment in manufacturing capacity now, as it takes 12 months to equip a bare factory shell and bring up production. If you don’t have a bare shell, then you can expect to spend yet another year building that.

SEMI has just produced its forecast of capital spending for the next twelve months and is predicting that, while capital expenditure is going to be rising, getting back to pre-2008 levels, the actual capacity will barely change, as older fabs are being taken out of commission. One factor is that most of the spending is by the foundry companies. (Penn reckons that, apart from Intel, Samsung and the memory companies, all devices in advanced process nodes – which he says is 32nm or 28nm and below- are produced by foundries.) Companies with older process node fabs are running them down or switching them to making other products, or even, in the case of Fujitsu and Toshiba, turning them over to lettuce growing.

In addition to the lack of capital expenditure, the industry faces other problems. The move to from 28nm to 20nm, which should increase the number of die on a wafer, is proving difficult, although TSMC appears to have cracked it for a planar process to build the 60 million A8 processors they are supplying to Apple.

FinFET, which is touted as one answer to achieving manufacturability at the 20nm process, is proving harder for companies to manage, and it still has the production bottleneck of double patterning.

Extreme Ultra Violet (EUV), long proclaimed as the way to achieve tighter geometries, is proving very difficult, and ASML is reported as still only achieving relatively low throughput. And EUV equipment is large and very expensive.

And this brings us to the elephant that isn’t in the room – 450mm wafers. Although the Albany plant of the Global 450mm Consortium (G450C) displayed fully patterned wafers in July, using a Nikon Lithography scanner, it is not clear what process node was used. (G450C members include IBM, Intel, Samsung, Global Foundries, and TSMC.) But this is well behind the previously published dates for production, let alone a few prototypes. And elsewhere the whole 450mm buzz seems to have cooled.

Penn has three reasons for this;

1)   TSMC, Samsung, and Intel, the three companies who have made a major public commitment to 450mm, have had other priorities in the last year. Intel has had issues with its 14nm proves, though Penn believes these are well behind them. They also saw their main business of PCs shrinking very rapidly.

2)   TSMC has been developing both the 20nm planar and 16nm FinFET processes.

3)   Samsung has been very successful with 28nm FinFET, which it has now licensed to Global Foundries. It has also licensed STMicroelectronics’ 28nm FD-SOI process. This is a serious shock, as, while STM has been talking up FD-SOI for several years as a simpler, cheaper and more efficient process, few design starts have been announced. Samsung appears to be taking it seriously.

This brings us to another issue. Last year I reported that Neelie Kroes, the European Commissioner for the digital agenda, had set the 10/100/20 target for chip manufacture in Europe (€10 billion from the EU and €100 billion from industry to gain 20% of the world manufacturing base for semiconductors. A European Leadership Group, including the CEOs of the three European chipmakers (Infineon, NXP and STMicroelectronics) was charged with producing a road map to reach this target. The final version of their report has watered down any attempt to go for 20%, has no mention of 450mm, and effectively said, “If you have all this money available, then give it to us; we know what to do with it.”

(In 2005, Infineon, NXP, and STMicroelectronics were all in the world’s top 10 chip suppliers; in 2014 they have all dropped out.)

Another issue with 450mm is that the people building the processing equipment are being expected by the device manufacturers to make the massive investments on trust: trusting that they will eventually get orders. The chip makers are reluctant to sign up to buying equipment that exists only as a concept or to participate in joint development costs. The equipment makers are equally reluctant to go ahead until they have a clear customer commitment.

ASML is slightly different in that it has received massive investments from Intel, Samsung, and TSMC. But these same companies, however, are in the consortium that is using Nikon for experimental 450mm wafers. Another issue is that there appears to be an expectation that 450mm will also coincide with a new process node. Penn believes that the first 450mm wafers will be at an existing node, and that they will appear nearer 2018 than 2015.

But the biggest obstacle to the growth of the semiconductor industry, in Penn’s view, is not arguments about technology and its deployment but instead the lack of imagination and willingness to take risks in the company boardrooms.  In the ‘60s and ‘70s there were senior people who made decisions that were both technically based and also had an element of judgment. This made for some exciting products, and, of course, the occasional dud. Today many decisions are made cautiously, based on massive spreadsheet evaluations and with an eye over the shoulder at the possible dangers of a stockholder’s class action should there be a misjudgment. It can also be argued that, as companies have sold off divisions and laid off staff to concentrate on “core competences”, the overall structure of the companies has not been re-built to reflect this. The upper levels of management have stayed fairly untouched and still expect to have the same, or even improved, privileges and remuneration.

Still – in the late 1970s, there was widespread belief that Moore’s law was about to end, as it was not clear that it would be possible to make transistors with geometries below one micron, and, if we could produce them, it was unclear whether they would work.

We did make them and they did work, and now people are talking confidently of 4nm process nodes. We will muddle through, I suppose, despite straitened supply chains, limited capital expenditure, reluctance to be the first to embrace new technology, and generally timid management.

One thought on “The Four Horsemen”