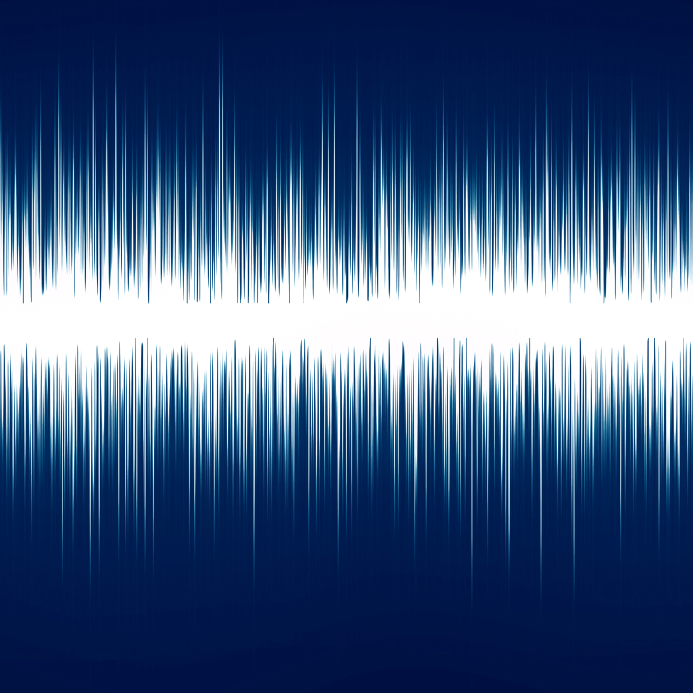 Using Accelerometers to Check for a Fever

A Look at One Side of Vibration
by Bryon Moyer

The People’s Polyharmonic Posse had a sound. Of course, all serious choruses have a signature sound, but these guys took it further than most. Their leader, Sirius Lee Aihurdthatt, had an incredible ear. He auditioned newcomers by recording them and then seeing how well they blended in with the rest of the group. Heck, after a while, he didn’t even have to do that; he simply knew when he heard someone whether or not they would work.

You see, he was blind, and, yes, it’s cliché to talk about how the absence of one sense might heighten the others. But this guy was uncanny. The group had tried to mess with him here and there – all in good fun, of course. One of the tenors might start singing the soprano line falsetto. One of the altos might lip synch only. It didn’t matter: the director could hear the slightest flaw. He couldn’t always tell exactly what was wrong, but he knew that it was wrong.

He was even able to notice something off one day when one of the sopranos came into rehearsal on the edge of getting a cold. Not even she knew it was coming. But her voice was still just the slightest bit rough, and it was enough to change the overall choral sound in a way that no one else would have noticed. As they were singing, the director walked around, listening carefully, finally stopping in front of her: he told her to go home before she infected the rest of the chorus.

Does your equipment have a fever? Do you have a pump that’s coming down with la grippe? Something that’s going to cause it to blow a gasket in the not-too-distant future?

If so, you’re not going to be happy. When it goes, your line is going down. And production (at least some of it) will stop. And you’ll all run around like headless chickens trying to figure out what failed and why it failed and how to fix it and how long it’s going to take to fix and how long it will then take to ramp the line back up.

But here’s the thing: your equipment will often tell you when it’s feeling ill; you just have to know what to listen for. You see, each of your machines sings a song. Its song may even be unique. But, unique or not, it’s a personal song, and it has a signature sound.

That’s because any machine involving mechanical motion (and even some that don’t) will waste energy on a high-speed series of small movements that aren’t part of the intended function of the device. A result of Newton’s Laws, for the most part. Action reactions and such. Your equipment maker will probably have worked hard to minimize this hijacking of energy, but there’s only so much one can do. There will always be some.

What remains is the song that your machine is singing. And it’s how you know whether or not the machine is starting to spike a temp.

Of course, we’re going around and around an obvious familiar phenomenon here: vibration.

And how do you listen to its siren song? An accelerometer can do the trick.

Yeah, sorry about the clickbait title; no, we’re not using accelerometers to measure temperature here. But we are increasingly using them to monitor machines and make sure they’re in good working order.

It’s related to the effect being exploited by folks trying to figure out how to identify what equipment you’re running in your home by analyzing the noise that it puts on the power line. Each type of equipment has a different noise signature, and this could, in theory, allow people to spy on your home – er, I mean, to offer value-added services through the knowledge of what electrical stuff you buy and how you use it.*

Heck, signatures are even used for inspecting semiconductors – this time optically. That tells you if you have a problem; you go elsewhere to figure out exactly what’s wrong.

Of course, with an accelerometer, we’re talking about mechanical noise, not electrical noise or optical signals. And it’s all about characterizing the vibration signature – in particular, the harmonic content – for a pump or a motor or even a bearing or a pipe carrying fluid when everything is running smoothly.

Everything experiences some variation from time to time, so there’s also the challenge of deciding which deviations to ignore and which ones indicate trouble. To be sure, knowing that something is going awry doesn’t necessarily tell you specifically what the problem is, just like it doesn’t with wafer inspection. But when you get a hint that performance is going south, you can diagnose the details of the problem, get the replacement parts, and schedule the swap-out in a way that doesn’t disrupt production (or does so as little as possible).

We’ve dedicated a lot of space to accelerometer applications in these pages, but much of that space dealt with the accelerometers in your phone and how they can help with, for instance, navigation. And, because they’re measuring our movements, they can be rather relaxed about the whole thing: we don’t move so fast.

Those accelerometers could take a measurement, send it in, go take a vacation in the Bahamas, and be back before the next significant movement would occur. Not so with vibration analysis: it’s like going from measuring a three-toed sloth to measuring a hummingbird. Gotta have something a bit more reactive.

This whole thing about vibration was stimulated by a recent accelerometer release by Freescale. They announced their FXLN83xxQ family of 3-axis low-g accelerometers. Monitoring the health of industrial equipment requires quick response to very slight motions, shoveling that data over analog lines into a nearby processor that can run the analysis.

It can detect frequencies up to 2.7 kHz, and they claim that it has the highest bandwidth in its class. But bandwidth alone may not cut it. While you could use this in home appliances to prevent dishwasher downtime, it’s used far more in industrial settings. And that environment can be noisy and dirty and hot and, well, harsh. So this family was designed to withstand harsher conditions than would exist in your phone.**

They intend this for applications other than just vibration, including smart meter tamper detection and security monitoring. While the focus is on low-g measurements when talking vibration, this has ranges that allow you to go from ±2 gs to ±16 gs, and you can change modes on the fly.

But it was the vibration analysis that spoke most to me. It’s like they were singing my song.

Meanwhile, I characterized vibration as representing wasted energy. Is there any way we could get that back? That’s the other side of vibration, and we’re going to look at an embodiment of that in the near future.

*I’ve been assured that the smart grid doesn’t want to get bogged down with that kind of high-fidelity information on its lines, so this could never happen. Which makes me wonder, then, why folks are working on the algorithms…

**Yes, I know your phone can take that occasional toilet dunk. But it’s got this better feature: a sticker that turns red if you ever approach anywhere within 20 miles of a body of water, so they can void the warranty, shrug their shoulders, and say, “Not our problem.”

One thought on “Using Accelerometers to Check for a Fever”