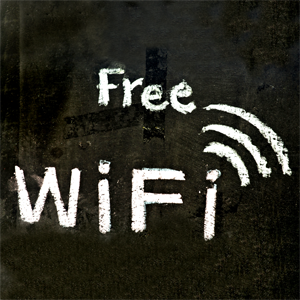 I had dinner with a real venture capitalist the other evening, and lived to tell about it. I can’t tell you everything we discussed that night (wink, wink), but I can say that we had a good talk about batteries. No, really.

The VC in question is a partner at one of the primo Sand Hill Road firms and, as usual, he was the smartest guy in the room. Or at least, at my table. The conversation ranged from food, to wine, to rusty cars, to a recent acquisition by Apple. He talks very fast, uses his hands a lot, and compulsively checks his phone during lulls in the conversation. I guess if I could make (or lose) millions of dollars on one call, I’d check my messages a lot, too.

Before long, the conversation turned to the Internet of Things (IoT) and how – or if – it’s going to change the world. Is IoT just old hype in new clothes? Is it merely another word for “embedded system,” like the things many of us have been building for 20-odd years? Or is it actually something entirely new that requires new technology and new thinking? As usual, he had strong ideas on all of these topics.

For starters, he affirmed that IoT changes many concepts about system design and component design. I pushed back a bit: Isn’t that just because we’re talking about smaller and cheaper, devices? The fundamental concepts don’t change; we just shrink them down a bit more than before, right?

No, he said. IoT changes – or at least, should change – our thinking about system architecture. Every single computer today is based on the tacit assumption that it has access to infinite power and near-infinite cooling capacity. The old mainframes famously consumed acres of power and gave off hectares of heat, but later minicomputers, microcomputers, and now portable computers are all descended from that same underlying assumption. Sure, your iPhone uses much more power-efficient components than anything that came before, but the underlying architecture of the CPU, the memory system, the I/O, and even the operating system all bear the evolutionary markers of that primordial power-is-no-object thinking. It’ll take us a long time to shake off those habits, he said.

He named a few mobile operating systems just over the horizon that are being coded from the ground up to minimize energy. That’s harder than it sounds. Anyone can write drivers that shut off unused peripherals or minimize signal transitions to reduce power consumption. But it’s a whole different ballgame when you actually design an OS around the concept of metered power delivery and the vagaries of battery chemistry.

Warming to the idea, he went on to say that the startups he’s most excited about today are into energy harvesting. “What’s the most ubiquitous source of energy today?” he quizzed. Without waiting a beat, he answered his own question: “Wi-Fi.”

Wi-Fi signals are everywhere, they penetrate walls, and they are practically never turned off. AC outlets are tied to fixed locations; solar power isn’t available indoors; wind power doesn’t penetrate walls; batteries can be heavy and have limited capacity; and so on. But Wi-Fi routers and access points very conveniently beam “free” energy everywhere, and it’s almost all being wasted. Nobody turns off their Wi-Fi when they leave the office at night, so all that energy is being pumped into empty rooms and vacant parking lots. Public spaces are awash in Wi-Fi, most of which isn’t being used. It’s like a second, artificial source of solar radiation. And, because most Wi-Fi transmitters are AC powered, the energy is cheap and easy to provide. All we need to do is pluck that energy out of the ether, and you’ve got a constant, ubiquitous source of energy that follows you everywhere you go. Piece of cake.

According to Cisco’s John Chambers, there will soon be 7 trillion IoT “things.” The population of the world is about 7 billion, so that’s a thousand nodes for every man, woman, and child on the planet. That’s a lot of things. Never mind the challenges in IP addressing and routing. How are you going to power all those things? Do you really want to change the batteries on all of them? That’s like changing three smoke alarms per day, every day.

So either our 1000 allotted IoT devices need to harvest energy from somewhere, or we need to get used to changing a whole lot of batteries. Moreover, the energy these little devices do consume needs to be minimized, and he’s got some clever ideas on that front, too. At least one of the firms he’s backing is developing ultra-low-energy Wi-Fi communication that modulates Wi-Fi signals without actually having a transmitter. “RF transmitters take energy,” he pointed out, somewhat obviously. “That’s not good.”

Instead, his startup proposes to gently alter, or backscatter, an existing Wi-Fi signal and piggyback a low-frequency signal on top of it. The data rate isn’t high, and the range is limited, but the energy required would be extraordinarily low. Each device would soak up background Wi-Fi radiation for a while to charge itself up, and then expend that accumulated energy in a short burst of data. Lather, rinse, repeat.

Think of holding up your hand to cast a shadow on a wall. Let the sun (or artificial light) provide the energy source. You’re just passively modulating that “signal” in a way that requires almost no energy. Factor in sign language, and you can transmit arbitrarily complex information. Clever.

Personally, I’m a fan of kinetic energy harvesting using piezoelectric sensors or MEMS. Heck, I’ve got a wristwatch that runs on nothing but motion energy, and if a purely mechanical device can do it, surely electronic ones can, too. I haven’t done the math on Wi-Fi energy harvesting, but clearly some people think it will work. Add in the backscatter communication and you’ve almost got yourself a 21st-century version of perpetual motion. Now there’s a market ripe for development.