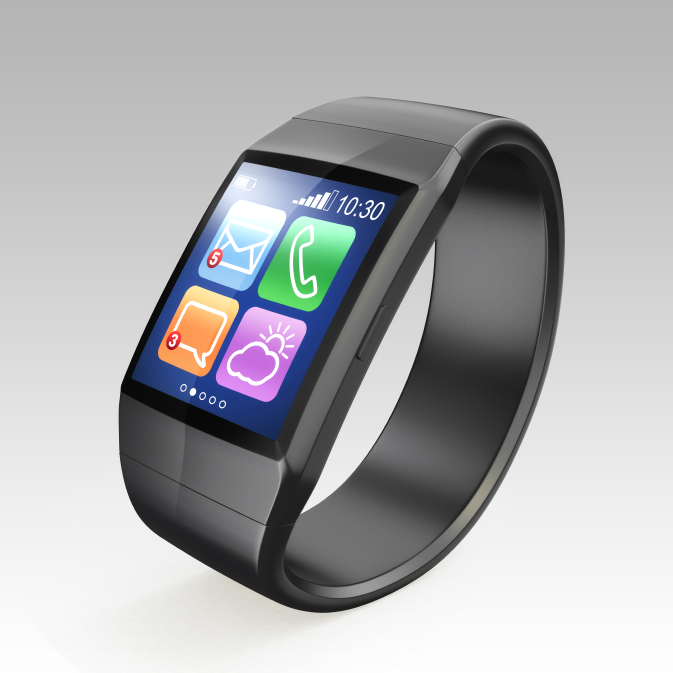 I held out as long possible before writing anything iWatch related. The irony is that I am iFatigued with everyone iGuessing about an iUnnanounced product, and yet here I am contributing to the noise. ¡iCaramba! The proverbial last straw: I read a piece comparing Microsoft’s unannounced wearable to Apple’s unannounced wearable. OMG.

And AFTER deciding to write this piece—but before I could start—another piece appeared with the declarative headline “Here’s Everything We Know About the iWatch.” And because I cannot make up stuff this good, apparently the things we KNOW include:

I pay close attention to the wearables market and given the formative nature of the space, I am keen to see new products stretch the boundaries. This ultra-hyped pre-fascination, on the other hand, is bizarre: major media outlets are conducting passionate debates contrasting features and benefits of a product that doesn’t exist. This trend keeps up and we’ll soon see Yelp reviews of next century’s restaurants on Mars.

While still in my sarcastic element, allow me to add to the iHysteria with some NEVER BEFORE ventured features. With a little luck, someone will reprint one or more of these out of context … at which point the aforementioned irony will have come full circle.

Before a few serious words on the topic—without adding to the fervor flywheel—let me make a few things clear: I have tremendous respect for Apple; they have an excellent track record of divining customer wants in emergent markets; they’ve kept their cone-of-absolute-silence firmly in place; I doubt they stoked said flywheel, as there is a good chance that an impossibly high bar has been set in the process.

OK, 500+ words and all we’ve got are righteous indignation and more sarcasm than usual. I now face the daunting objective of new and constructive commentary; formidable given the need to [a] reverse field and [b] cover angles not ALREADY part of the iWatch encyclopedia.

I’m not going where you think: this is not an “I don’t like watches and I’m not about to start” soapbox; I actually love the classic look of a Patek, I just don’t want to wear one. But I digress. My point here is that the wrist is very personal real estate: many of us do not want things—beautiful, utilitarian or otherwise—strapped to our wrists. And many of those who DO want things strapped to their wrist have DEEPLY HELD feelings on the matter, for example:

I am fairly confident that the universe of people who want to wear things on BOTH wrists is fairly limited. So a successful smartwatch will need to change ingrained behavior around wrist real estate. Buying decisions around laptops, tablets and mobile phones DO NOT face issues like these.

Second, those people who are open to a smartwatch do not yet know what SMARTS they want in their WATCH. Perhaps they’ll know it when they see it, or perhaps it will take trendsetting early adopters to show the way; if the latter, the adoption curve may have quite the (pardon the pun) time constant. Do people want easier access to information they now get on their mobile phone? Do people want fitness and wellness metrics? Is the smartwatch an second-screen of the mobile phone or is it accretive to the mobile phone? Early products have proven—well let’s be honest—they have not proven much of anything. This is a massive open question that could take a decade to sort out and if the history of wrist-worn-things is a guide, there will be multiple, divergent answers.

Third, the existing consensus of valuable and motivating smartwatch functionality—converging or misguided—today presents technical challenges. Samsung, LG and Motorola have TONS of bleeding edge technology at their disposal, and last month’s Android Wear products offer interesting combinations of answers to the questions posed in the paragraph above. The Moto 360, for example, is downright striking … right up to the point where you realize it is 46mm in diameter and as thick as a deck of cards (OK, half a deck of cards). The technology may not yet exist to build valuable and motivating smartwatch functionality into something that people who are smaller than professional basketball players (hence Kobe Bryant?) can wear.

Fourth, smartwatches introduced to date are QUITE masculine in both size and styling. Based on the rich statistical toolbox at my disposal, I am confident that fully half of the available wrist real estate is feminine. The conventional wrist watch industry recognized this a few hundred years ago and bifurcated their products accordingly. The aforementioned technical limitations represent an even greater challenge in appealing to the smaller wrist half of the market.

Lastly, there is cost. Apple, Samsung, et al have trained the entire world that brain-numbingly sophisticated electronics can be had for $100 to $200. Oops, that’s the massively subsidized price kudos of your close friends at AT&T or Verizon. Hold on to something if you’re not aware of this already: an unlocked iPhone 5S starts at $650 and an unlocked Galaxy S5 will set you back $750. Newsflash: smartwatches are not carrier subsidized. Granted, they cost less than their mobile phone brethren. Granted, some people spend thousands of dollars on mechanical watches. The point here is that hundreds of millions of people believe that $200 is the ‘right’ price for a new mobile phone and MOST of them are not prepared to spend more than that amount on a smart watch.

And there you have it: yet another piece to add to the Library of Alexandria dedicated to a product that doesn’t exist. I promise to return to the iWatch, and I promise to do so only after it exists.