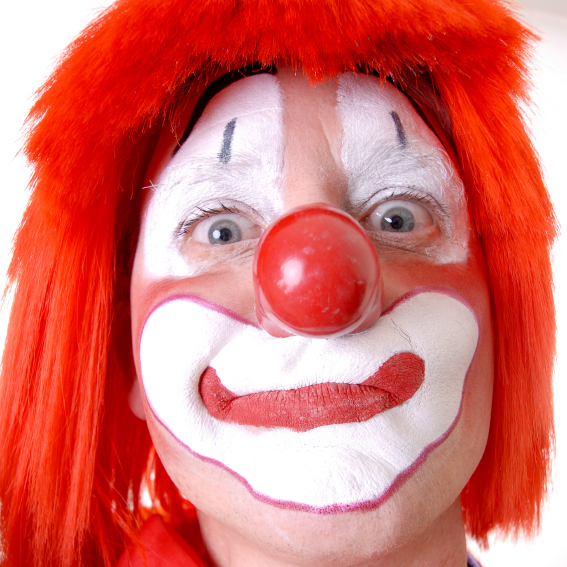 Why Everyone Around You Is An Idiot
by Jim Turley

If you sit and watch a busy street for any length of time, you’ll see a surprising number of bone-headed drivers, bicyclists, and even pedestrians. People walk straight into lampposts because they’re staring down at their phones. Drivers pull U-turns in the middle of traffic, run red lights, or head the wrong way down a one-way street. And bicyclists – especially those ones with Spandex logowear – weave in and out, oblivious to all traffic laws, as well as to basic self-preservation.

When did the world get populated with such bozos?

It has been ever thus. You and I sit at the far right edge of the Gaussian distribution (that’s “bell curve” for the less mathematically minded) for intelligence, right? Those other people? Not so much. It takes a lot of below-average people to average-out the better examples of humanity such as ourselves.

But are we really awash in the unwashed masses? Or is this more accurately characterized as a problem of perception? Maybe those idiots only look like idiots.

Consider your average drive to work. You get up, get in your car, and drive the same ol’ route every day. At the end of the day you reverse the process, with the occasional detour to the florist, the dry cleaners, or to speak into the head of a giant clown at the drive-through window. Pretty uneventful all the way around. But every so often – let’s say once a year – you make the teensiest little goof and don’t quite time that tricky four-way stop correctly. Or you drift out of your lane – just for a second! – while changing the radio station. No big deal. Only human. Anyone could do it. Big whoop.

But multiply that once-a-year faux pas by the number of cars and bikes and motorcycles and pedestrians you see around you each day, and you’re pretty much guaranteed to witness somebody’s equivalent screw-up. If you pass within sight of a thousand cars each day (a pretty conservative number in most towns), and each one is driven by someone who goofs up only one day in every 365, you stand a pretty good chance of being there when it happens. Granted, it will be a different bozo every day, but who’s keeping track? All you know is that every single day there’s a fender bender by the side of the road, or a wannabe racer tailgating your back bumper, or a clue-impaired tourist making wrong turns. It’s always something.

It takes only one bozo to affect your entire commute. And you’ve got so many to choose from. So if we take the failure rate and multiply by the number of individuals, we get the MTBF of humanity: The Bozo Coefficient.

We can reduce one factor by moving to a smaller community with fewer people. That decreases the number of potential bozos we’d encounter per unit time (assuming they’re collectively as intelligent as the people we left behind). The trouble with that is, with fewer people around, we’d probably interact with them more than we do with the faceless strangers currently surrounding us, potentially increasing the likelihood of witnessing a bonehead act. Fewer people, same average behavior, but more frequent sampling. The calculus doesn’t work in our favor.

Alternatively, we can move to a community with a higher average intelligence and a lower incidence of idiocy. And that would be… where, now? (I’d tell you where, but that would, shall we say, lower the property values.)

Another root problem is confirmation bias. That’s the statisticians’ term for when you unconsciously remember data that confirms your belief while ignoring data that refutes it. For example, I’m convinced that people in 1970s-era Cadillacs always drive with one turn signal stuck on. Every time I see it happen, I think, “yup, there goes another one,” and chalk up an imaginary data point in my personal crusade against big fins and cluelessness. Yet I can’t say that I’ve ever tallied a single compensating case where such a vehicle has passed without its telltale idiot light. Do such events occur? The chalk marks only accumulate; they never get erased.

An even more deeply rooted cause is pigeonholing. We naturally tend to categorize people, groups, companies, and products because it’s easier that way. Why bother learning about individuals when the class of “all 1970s-era Cadillac drivers” encompasses so many at once and tells you everything you need to know? The same rationale works with sports teams, geographic regions, job descriptions, and various other tribal affiliations.

Last week Kevin Morris touched on a similar topic, wondering why seemingly smart engineers often don’t pursue seemingly obvious product solutions. So often, it looks like “those people” have just lost all common sense and aren’t seeing the answers that are right in front of their faces. After all, you know that electric cars should have solar cells on the roof – it’s obvious! Why can’t the so-called experts see that? They must be incompetent bozos. Or maybe you’re just really that much smarter. Bell curve, remember.

The effect has even been called “mansplaining,” a newly minted word for the embarrassing “intersection of overconfidence and cluelessness.” You never know how much you truly understand something until you try explaining it to someone else. Sure, it all makes sense in your head. But explain it out loud, to someone who asks questions? Suddenly that carefully constructed house of cards collapses under the gentle breeze of cross-examination.

In this age of instant, shallow social media, where Facebook is the primary news source for many thousands of your peers, competence and accuracy are overwhelmed by click-worthy memes. Kevin pointed out that it’s important for knowledgeable experts to speak out and correct some small part of the public discussion. At the same time, it’s important to not judge too harshly the bozos who wind up the noise machine. Whether they’re producing inferior products, making bad decisions, or supporting the wrong team, it might just be their once-a-year slip-up. Now excuse me while I go fix my turn signal.

One thought on “The Bozo Coefficient”