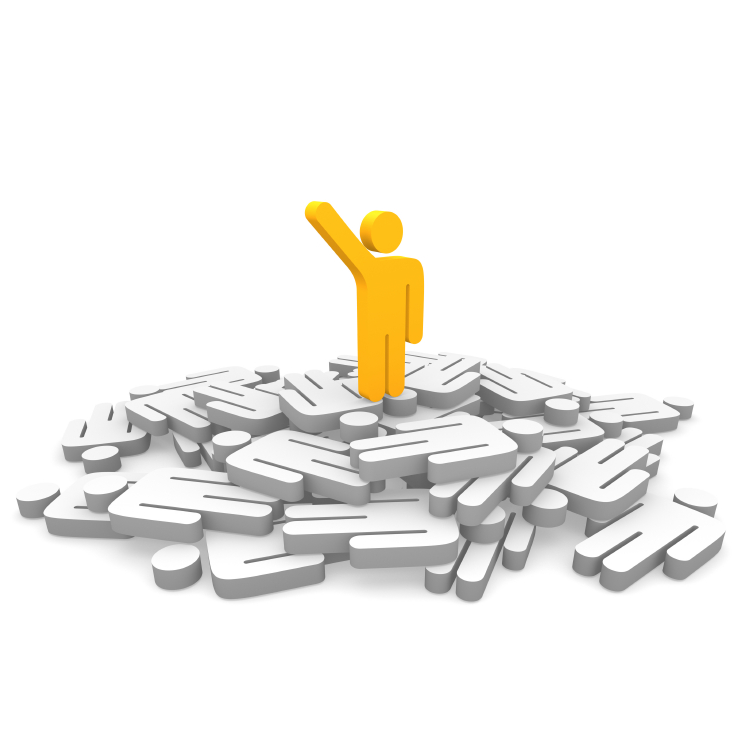 And Then There Was One

Once upon a time, roughly a month ago, there were sensor makers, who made sensors and did some amount of their own sensor fusion software, and there were separate companies (note plural) that made “sensor fusion” software that wasn’t tied to any specific brand of sensor.

Why did we need this? Well, let’s review for anyone that hasn’t been following the scene in detail. You can take, for example, the output of an accelerometer and the output of a gyroscope and “fuse” them together to provide an overall orientation result in terms of quaternions. It takes software to do this – the sensor fusion software referred to above. In this case, the algorithms implement well-known mathematical relationships to provide their result. Companies aren’t likely to compete based on these specific algorithms, except to the extent that they can do them faster or, more importantly, with lower power.

While the math is clear, the reality of the scenario isn’t quite so simple. Gyroscopes, for example, are notorious for drift. Magnetic field sensors, while not as responsive as gyros, can help to provide a sanity check and correct for drift. Of course, mag sensors have their own weaknesses, and, in a show of reciprocity, the gyro can also help to determine whether a change in magnetic field is due to a change of orientation or just a magnetic anomaly like the elevator swooshing past.

The implementation of such corrections is also the job of sensor fusion software, combining the gyro and mag data to get a better estimate of actual orientation. But, unlike the quaternion algorithms, these aren’t just math: they include heuristics and cleverness, and, at least in theory, one company may be able to differentiate itself from competitors based on those algorithms (in addition to power and speed).

If you’re a sensor maker and you make accelerometers and gyros and mags, you could combine them together in a single package as a so-called 9-axis sensor, including the software that fuses them together. Now… in reality, most (all?) 9-axis sensors combine sensors from different companies (especially for the mag), so a unit from one company may actually contain someone else’s sensor. But, regardless of what’s inside, you buy it from one company; their label is on it; and they are likely to have written the software that fuses the parts together.

That’s where the market has included a set of “agnostic” third-party sensor fusion companies. These guys are agnostic in the sense that, with the exception of the lowest-level drivers that talk directly to the sensor, the algorithms don’t depend on or aren’t restricted to any particular brand of sensor. So their software represents a kind of middle layer between the low-level sensor and the higher-level application. Such algorithms can give rise to what an OS like Android might think of as a sensor when in fact it’s a combination of other sensors. A step counter is an example of this: It’s treated like a sensor at a high level, but it’s generated by processing the output of multiple inertial sensors. The intervening sensor fusion software makes that happen.

I am aware of four companies participating in this business.

All in all, you might think of it as the perfect picture of a vibrant market, with four companies going toe-to-toe.

But a couple of weeks ago, Audience bought Sensor Platforms. And this last week, two more shoes dropped as InvenSense bought both Movea and Trusted Positioning.

Which leaves Hillcrest Labs as the sole survivor.

Now… Audience plans to continue the Sensor Platforms business. But they aren’t a sensor maker, so there’s no real conflict of interest there. InvenSense, on the other hand, is a major sensor manufacturer, best known for their gyroscopes. Is this a move by them to pull the rug out from their competitors and take control of critical software? Well, that depends on two things: what InvenSense’s plans are and how dependent the other guys are on this agnostic fusion software.

Let’s take those one at a time.

I had a chance to talk with InvenSense’s Ali Foughi the day the announcement came out. He said first off that, by and large, the customers that Movea and Trusted Positioning have are in markets that they’re interested in: navigation, smart TVs, and wearables. So they would keep that business going.

Less obvious is what they would do regarding ongoing support of sensors made by other companies. At least for the time being, they don’t have any plans to change things – they’ll continue support for competing sensors. Movea echoed that they would remain sensor-agnostic in their new home.

This would mean that the other sensor makers should have nothing to worry about. Might they be uncomfortable with a competitor controlling something they need? Well, that depends on how badly they need it. The few little pings I put out suggest that there’s not much worry (at least publicly). ST, a major InvenSense competitor in the gyro space, said that “ST has been working for years with many “agnostic” 3rd-party suppliers…” and that they’ll exploit their wireless and GPS technologies “with partners, for applications including pedestrian dead reckoning software development…” This reflects the strong focus that Movea and Trusted Positioning had on navigation.

QuickLogic, who made use of Sensor Platforms technology in their sensor hub solution, referred to the fact that engineers can implement fusion programmatically. The Sensor Platforms contribution was for those looking for a canned approach requiring no programming. Audience has also said they’ll continue to support the various partners, but this just reinforces that, for QuickLogic, the Sensor Platforms relationship has been useful but not mission-critical.

That small sample suggests that, even though no interruption of service is anticipated, the prospect doesn’t appear to be worrying many folks (at least in terms of what they’re willing to tell me).

The flip side of the question is whether Hillcrest Labs feels victorious in having more room to stretch their arms or vulnerable with a big target on their back. Their official statement, of course, doesn’t really indicate one way or the other, except to reinforce that, with their extensive patent portfolio, “we’ve never been more excited about the opportunity ahead of us…”

What everyone seems to agree on is the fact that this software is of great strategic importance. Hillcrest Labs’ CEO Dan Simpkins noted that “interest has never been higher in the core technology required to manage sensors and process sensor data.” Behrooz Abdi, InvenSense’s CEO, said that “…The tight integration of our low-power, high performance, motion and sound sensors, along with TPI’s advanced location tracking software and Movea’s data fusion algorithms will position us to deliver on [the] ‘AlwaysOn’ promise.”

Interestingly, IHS’s Jérémie Bouchard said that “…Most sensor suppliers have similar sensor technologies and it is hard to differentiate on the hardware. The real differentiation is increasingly at the software level thanks to sensor fusion algorithms…” In other words, this would suggest that the real value is in the software rather than the hardware.

Which brings up a nagging question that I wonder about (but that will not likely be answered outright due to its volatile nature): While analysts may see value in software rather than hardware, are buyers more comfortable paying money for hardware because it’s a “thing,” and software isn’t?

I have to confess that I have a bias here, having lived a good part of my professional life in the programmable logic industry. As EDA companies can woefully attest, PLD folks more or less gave their design tools away (or sold them for a song) in order to sell chips. The customer mantra was, “If I’m going to pay for your chips, then I’m not going to pay for your software.” And then, to the EDA guys that don’t sell chips, “Why should I pay for your software when I can get it from the chip guys for [almost] free?”

Now… those are tools, and the topic today is sensor fusion IP… so they’re not exactly the same thing. But it gets me wondering how robust the third-party software-only business was. After all, to some extent, they’re competing with sensor makers having solutions that might be “good enough.” This tends to devalue third-party software even in cases where you need the third party simply because you can monetize only the incremental benefit over the free stuff the sensor guys give away – you can’t monetize the whole thing.

This is, to some extent, speculation on my part, although, while no one would outright confirm it, it’s fair to say that some non-verbal indicators suggested that I might not be completely off the mark. If this scenario is true, it makes for a situation where the strategic value to an acquiring buyer might be higher than what these guys could get by selling product.

We can look at a few numbers as a sanity check, although, again, this is tough because, as private companies, revenues haven’t been public information. I did a quick check online and found one site that estimated Movea revenues at $25-50 million and TPI at $7 million. Another site estimated Movea’s revenue at $7 million. I checked in with IHS’s Jérémie Bouchard, and he aligned more with the $7 million number for Movea.

So let’s just be generous and ascribe a total of $15 million in revenues to the two companies. The combined purchase price was $81 million – almost six times annual revenues. This would seem to support the theory that strategic value was higher than commercial value.

If this is indeed the general case, then you have to wonder what Hillcrest Labs is wishing for. They’re king of the hill right now in their space, as an independent company, but if their erstwhile competitors will be still be competing with them, only with better funding, that might not be a fun hill to defend.

So we’ll see if there’s yet another shoe that’s going to drop. Regardless, this month has left a dramatic change on the sensor fusion landscape.

One thought on “And Then There Was One”