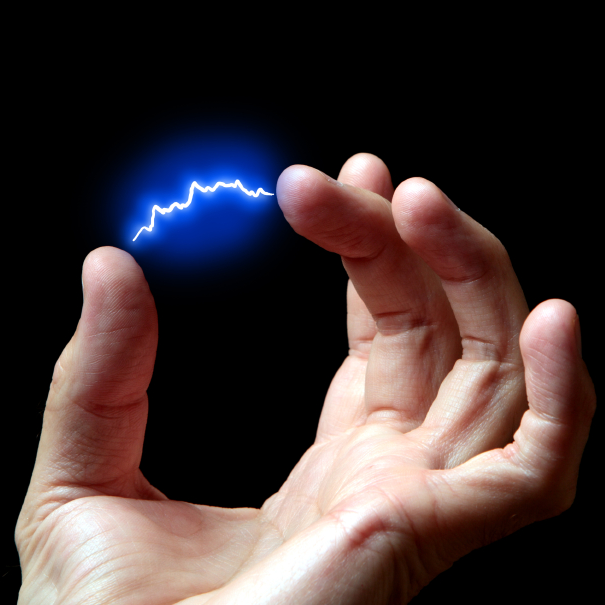 And that’s coming from a guy who lives and works in the chip business. Sure, I can get all excited about microprocessor chips. I can generally keep my eyes open through a discussion of interface chips. I’ve even been known to nod occasionally when the topic turns to cryptography chips. But memory? Give me some toothpicks for my eyelids.

But out in the real world of non-technical humanoids, “memory chip” is about the only semiconductor-related phrase that average people know. They pick it up from TV, movies, and science-fiction shows, I assume, and are given to understand that “memory banks” are something the bad guys hack. Those old enough to remember watching 2001: A Space Odyssey recall that HAL’s memory was stored in something that looked like clear-glass audio cassette cases. Sigh.

Unless you’re in the memory business, of course. Then it’s always interesting. Those guys work hard to make their product boring for the rest of us. It’s not easy packing a gazillion transistors into a DRAM and making them in volume. It takes real design skill and engineering. And as a result, we all get to buy cheap, boring, DRAMs. Same goes for SRAMs, flash memory, et al.

It’s that flash part that’s getting a little nudge this week. A company called Crossbar thinks it’s come up with the ultimate replacement for flash memory: something called resistive random-access memory, or RRAM. As the name might suggest, RRAM works on a completely different principle than either DRAM, SRAM, NAND flash, or NOR flash. Instead of storing capacitive charges or poking holes in the storage medium, RRAM relies on – you guessed it – resistance. You may remember Crossbar from this September 5, 2013 article.

Crossbar’s RRAM is nonvolatile, so you’d use it like flash memory. But it doesn’t need to be erased in blocks – or erased at all, actually – so it’s sort of like an SRAM. And according to the company, it’s also cheap, fast, easy to manufacture, and generally the bestest, most wonderfullest memory a boy could ever wish for. Oh, and unicorns graze on daffodils outside Crossbar’s corporate office, and you get a free puppy with your first order. (Okay, I made that last part up. The unicorns eat begonias.)

Here’s how Crossbar’s RRAM works. Start by laying down a bunch of long, parallel wires on your substrate. This will be your X-axis. Smother that with a 10–20nm layer of Crossbar’s secret storage goo. Over that, lay another blanket of parallel wires, this time oriented 90 degrees the other way. This is your Y-axis. Now you’re pretty much done.

Every intersection of the east/west X grid and the north/south Y grid is one bit. The goo separating them has some finite resistance, of course. But if you charge a specific X wire and a specific Y wire (and here we’re talking less than 3V), then the goo at that intersection will react by forming a metallic nano-filament between the two electrodes, a vertical artifact that stays long after the voltage is removed. It’s like freezing a very small lightning bolt in place.

To read it back, you again energize the desired X row (to about 0.5V this time) and watch what happens on the corresponding Y row. The reduced resistance at their intersection is detectable, thus giving you one bit of data. Ta-dah!

Because the RRAM structure is vertical, not horizontal, the memory cells can be packed very tightly – an economic necessity for commercial memory chips. And the manufacturing process is entirely compatible with standard CMOS production methods, says Crossbar, so there’s no expensive equipment to buy. In fact, RRAM cells can be layered directly on top of CMOS logic circuits, offering an interesting alternative for microcontrollers and other devices that combine logic and nonvolatile memory.

Flash memory is swell, but one of its drawbacks is that it has to be erased, usually in large blocks, before it can be rewritten. That means erasing a whole 128 KB (for example) before putting most of it right back, along with one new byte. Not super-efficient, but we’re used to it, and memory controllers (and/or flash driver software) hide the ugliness from us.

RRAM, in contrast, doesn’t need to be block-erased. It’s byte-addressable for both reads and writes, and writes are a lot quicker than with flash, on the order of “a few microseconds,” according to the company. That’s a big win for applications that need to rewrite their nonvolatile storage a lot. Cheap flash chips also wear out after a few thousand (or even a few hundred) erase/write cycles. RRAM is good for up to a billion cycles, says Crossbar.

So what’s the catch? Professional cynicism dictates that there must be some shortcomings, but I can’t say what they might be. Crossbar is organized as a fabless chip company, selling its packaged RRAM chips just like flash memories, but there are as yet none to be had, so I haven’t tested any. Is the cell size bigger than a conventional 1T DRAM? Certainly, but DRAMs aren’t really Crossbar’s competition. Is RRAM as fast as SRAM? Nope, but again, that’s not really a fair comparison. Versus a garden-variety NAND flash, RRAM has much faster (and simpler) write characteristics, and that alone may win over some converts. It also handles cold temperatures better than many flash devices do, and that may attract a few more customers. Price is the big question mark, and given the commoditized nature of most memories, that’s a big blank. If RRAM is a lot more expensive than NAND flash – and initially, it probably will be – then uptake will be slow.

That’s okay. Crossbar is still a small company (30 employees) with limited production. It won’t take many early customers to keep the lights on, the production line humming, and the unicorns fed.