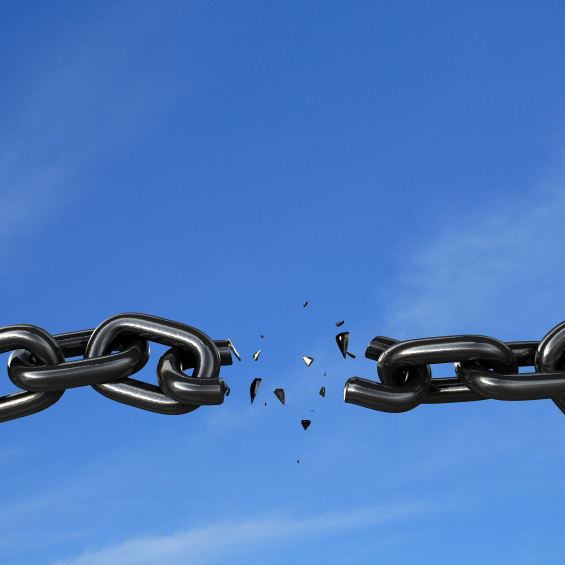 Is the Classic Design Chain Broken?

Or Is It Just Another Step in Evolution?
by Dick Selwood

It used to be so simple. A group of chip designers would sit around drinking coffee and gently mulling things over when one would say, “You know what would be really cool? If we add a backward splurge feature to the K11 widget, it would allow users to do some awesome things.”

After a bit of engineering discussion, the sales team would go off and chat to a few friendly customers, come back and say,  “They aren’t against it.”  After this, management would buy into the project. When the device was launched, the marketing team would make a lot of noise about user input and then the company would sit back and wait for orders. Sometimes they came, sometimes they didn’t.

Over time, in many cases, sales and marketing have evolved, and now, with many companies the marketing team do much more than just casually chat with their customers. As a result, devices are being produced that reflect what the customers think they need rather than what engineering nerds in labs think users should want. But there are two more steps – what the customers of the semiconductor companies want in the systems they are developing, and then what their customers want.

The automotive industry is a clear example of this. People buy cars. The car companies (OEMs) try to establish what features will help them sell more cars (cruise control, in car entertainment etc.), and then they work with their suppliers (tier one companies) to get systems that will provide these features. For example, in the past, the tier ones would, like the semiconductor companies, come up with their own ideas and offer them to the OEMs. This has worked pretty well until now, but the increased use of electronics in cars has put this under strain.

According to Berthold Hellenthal, who heads up the semiconductor programme at luxury car manufacturers, Audi, many of the cars they manufacture today will typically have between six and eight thousand chips. As a side note – about 20 years ago, I was talking to a senior guy at BMW who said that he saw the day where the cost of just the bare silicon would exceed the cost of the steel in most cars. With those numbers of devices in a vehicle, that day must certainly have come and gone a long time ago.

All these chips are normally embedded in larger sub-systems, but these subsystems have to communicate. Despite the best efforts of standards makers (or perhaps because of them), there is a plethora of communications standards. LIN, CAN, FlexCAN, FlexRAY, MOST – the list is endless. And, as anyone who has built a PC knows, just because things should communicate, that doesn’t mean they will. (If that sounds bitter- it is because at the end of last week I was assembling a new computer!)

An attempt to solve this issue has been AUTOSAR (AUTomotive Open System ARchitecture), which was designed to provide an over-arching architecture connecting all sub-systems. This should achieve plug-compatibility at both the physical and the information level between elements from a range of suppliers for the entire automotive industry, and, hopefully, it will improve the design cycle. What might be regarded as a secondary effect of AUTOSAR is that it has started some of the automotive companies thinking about cars not as engines and gearboxes with some electronics hung on here and there, with the whole thing surrounded by metal, but as large electronic system, with subsystems communicating both within the car and with the outside world.

Electronics within the car has therefore moved from its role as a hidden subsystem, perhaps listed in the optional extras or high-lighted as one of the differentiating features, to, in some cases, become the defining factor of the car. One example of this is the new Next Two from Renault. Billed as a connected car and also as an autonomous car, Next Two is positioned as being all about features powered by electronics, not about body shape, horsepower or top speed.

Audi set up a central semiconductor unit to look at the role of chips in the company systems when shortages of some of those thousands of chips (following Fukushima) began to have an impact on their ability to ship cars. Previously, the board of the company had, if they thought of them at all, regarded semiconductors as merely a component within the different systems supplied by the tier ones, but now they saw that they were as integral to the car as the engine.

A particular issue for the automotive company is that their product design and then product life cycles are very different from those for consumer goods, another major user of chips. A mobile phone has its design cycle and production life both measured in months. Mobile phone users typically replace their phones after about eighteen months. In contrast a car takes several years to design, and then it runs for several more years in production. The last car of a production run, anything up to ten years after the design was started, is expected to have a service life of at least ten years, and, realistically, this might be fifteen. So anything up to twenty-five years after the car design began, an owner will still be expecting the car to be functional.

Other factors also come into play. The semiconductors within a car have to be qualified to AECQ (Automotive Electronics Council) standards, a process which should start around two and a half years before the car is formally launched.

There is also the issue of what Hellenthal called “innovation mining”, where good ideas from the semi companies have not translated into products Audi can use. And there is also the need to know what the semi guys’ road maps are so that Audi can see what things can be usefully added to their specifications.

For all of these reasons, Audi, like other automotive companies, is now talking directly to the semi guys. They are not cutting the tier ones out of the loop; they need them to make the subsystems. Instead, it is a three-way relationship that is building up, developing through multi-partite discussions.

At the risk of over-simplifying things, what Hellenthal wants most from the semi manufacturers is security. Security of supply is part of this, but also security of a relationship that will see the semi guys working with the tier ones to develop integrated solutions with the right quality and a guaranteed 15-year life in service.

The integrated solutions might include System on Chip, System in Package, or System in Module.  He sees these as playing an increasing role in vehicles as ways of getting systems into place swiftly and simply. He is also hoping that stacked-silicon will provide another approach to integration, but he has some concerns over whether through-silicon vias (TSVs) are going to be able to cope with the difficult environment within a car. With all integrated solutions, the demands of the new ISO 26262 standard mean that there has to be complete transparency and traceability on the design and implementation of all the elements.

Interestingly, Hellenthal was talking at the CDNLive EMEA conference of EDA company, Cadence. He said “We (Audi) don’t buy a single device; we don’t buy a single EDA tool.”  But, as he made clear, semiconductors are now seen as a central element of Audi policy.

Of course, Audi is not alone in getting deeply involved with the semi manufacturers. Conversations with chip-maker Infineon, which has a strong automotive portfolio, have regularly covered the way in which the company’s relationships with the OEMs have deepened over the last few years, and Freescale, another semi company with an automotive specialism, has said the same.

We mentioned earlier the Next Two from Renault. This drives itself in certain circumstances (slow-moving city traffic and self-parking in specially-equipped areas), with the car’s behaviour being controlled using information from built-in sensors. This is complemented by information from sources outside the car: other cars, roadside infrastructure, and GPS data, for example. Even in non non-autonomous cars, there is an increasing amount of car-to-infra-structure communication as a part of Advanced Driver Assistance Systems and also for infotainment systems.

Of course it is not just the traditional automotive companies that are getting deeply involved in automotive electronics. Google has been making a lot of noise about autonomous vehicles. Previously, the search engine company has worked by retrofitting controls to standard production vehicles. (Naturally, they were using the Prius!) Now, as you cannot have missed, they have launched their own prototype cars that don’t even have a steering wheel! In developing this prototype, it is clear that Google, as with its other electronics ventures, has not just used the conventional design chain, but has built its own relationships with companies normally seen as further down the chain.

As I was writing this, analysts IHS published a report forecasting a massive boost for the semiconductor industry, as fully autonomous and semi-autonomous vehicles begin to become more widely adopted.

It is not just in automotive that companies are reaching out across the design chain to the chip companies. For example, the Open Compute project, started by Facebook, is aimed at companies whose use of Big Data requires massive server farms. With OCP, they can effectively build customised systems. So companies in finance are now potentially customers for semiconductors and boards.

The semi business is always evolving. The changes in the design chain are just another part of this. But it is not going to remove the creativity from the semi companies. Engineers are still going to have to come up with cool ideas, but then they will need to talk seriously to the customers and the customers’ customers to ensure that the cool ideas translate into things that can really sell.

2 thoughts on “Is the Classic Design Chain Broken?”