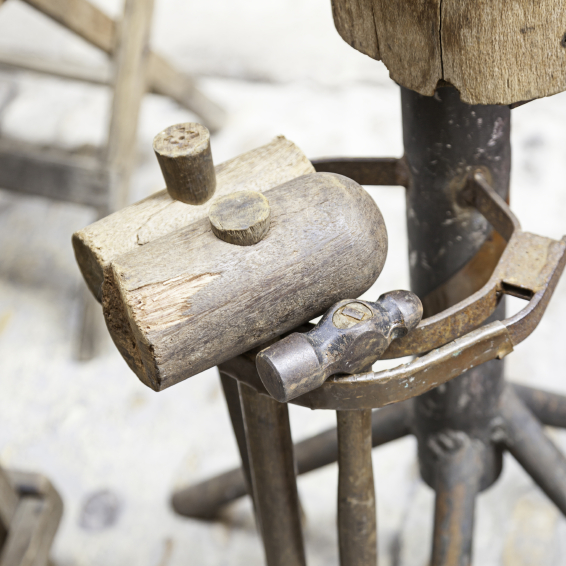 The Industrial Revolution was all about scalability. By developing efficient, scalable processes for manufacturing goods, engineers were able to create products for the masses more efficiently. Instead of treating each individual new automobile as a separate artisan project, assembly lines cranked out enormous numbers of identical cars with dramatically less (and less-skilled) manual labor. As a result of this more labor-efficient production, the cost of cars dropped, and automobiles became available to the masses. And so it went, from cars to candy to Converse, the flood of mass-produced commodities flowed across the landscape of civilization, forming rivers and lakes, carving gorges and valleys, and re-forming the very fabric of society.

The key element in the engineering of the industrial revolution was standardization. Epitomized by Henry Ford’s “A customer can have a car painted any colour that he wants so long as it is black,” We collectively took advantage of identical products, interchangeable parts, and rigid standards to reduce the amount of skill and labor required for production. Engineering is the art of compromise, however, and the big compromise in this strategy was customization. Mass production was antithetical to individuality. Human beings devolved into an indiscernible sea of grey as this loss of customization and choice robbed us of our personal preferences in product design.

On the upside, the extreme increase in efficiency of production brought on by the industrial revolution raised the collective standard of living and broke down traditional class barriers. Perhaps the modern-day epitome of this effect was the release of the iPhone. With the iPhone, a product that embodied the very pinnacle of engineering achievement – one which was, at the time, arguably the most sophisticated device ever created in the history of civilization – was available at a price and in quantities that made it commonplace. iPhones appeared in the hands of princes and paupers. Mankind’s most amazing collaborative creation and engineering’s crowning achievement to date was not the exclusive purview of the wealthy or the lucky. Advanced technology had successfully been democratized.

Just as industrial technology broke down old class barriers, however, it simultaneously created new ones. The “haves” and “have nots” were replaced by the “thinks” and “think nots.” Where artisans once did both the design and the production of goods, the industrial revolution severely divided engineering and labor. As technology grew more sophisticated, we needed more skilled engineers. As production became more efficient, we needed less skilled labor. As engineers progressively automated the production process, unskilled labor was often designed out of the process entirely, with the predictable downstream economic and social consequences. Where unskilled labor could not be eliminated, it was often outsourced to the lowest bidder, providing a boon to third-world economies while sending the low-skill labor markets in first-world countries into a tailspin.

Today, however, a new revolution is afoot.

Key technologies are emerging that promise to undo the big engineering compromise of the industrial revolution. No longer will we have to choose between efficiency of production and customization. We can have our mass-produced cake and still eat it in our choice of flavor, texture, and style. The artisan is re-emerging, and this time with scalability superpowers.

The long road of automation and standardization that began in the industrial revolution has led us to a new and exciting juncture. When technology finally manages to eliminate the manual labor step altogether, the engineer re-dons the artisan hat. If we have a 3D printer, we don’t need an army of workers on an assembly line to crank out our creations. If we have an FPGA development board, we don’t need a semiconductor fab to bring our digital designs to life. If we have the internet, we don’t need printing presses, global transport, distribution, and mountains of paper to publish EE Journal. The designing and the building of things are re-united in the hands of the maker – a new breed of artisan who is restoring customization, choice, and soul to the things we use in our everyday lives. The Deindustrial Revolution has begun.

In the post-revolution world, every product can truly be a unique and beautiful snowflake. And, like snowflakes, the same hyper-efficient industrial-era processes and standards can be used to produce each distinct item. For us, as engineers, this new world reinforces a truth that has been with us for our entire careers – engineering is a never-ending process of learning and evolving.

Here is the trap we must avoid: As engineers, the things we can create are limited only by our creativity, our components, and our tools. If we are creating leading-edge technology, however, we are constantly pushing the boundaries of the components and tools available to us. In order to push those boundaries, we spend tremendous amounts of time and effort developing tricks and skills to overcome and work around the limitations in our tools and components. If you really want to squeeze every drop out of HDL synthesis, for example, you need to master all the hidden options and coding tricks in order to coax the best possible results out of the tool.

If you learn those tricks and skills better than anyone, you can become a master engineer. But, if you let your mastery of those tricks and skills define you, you can just as quickly become an obsolete engineer. “Back in my day, we had to learn how to bias a transistor,” or “No compiler can do things as efficiently as I can in assembly code,” are the kinds of techno-luddite rationalizations that will prevent you from ever manipulating the power of billions of transistors acting in concert, or enjoying the productivity benefits of millions of lines of high-level language code.

It is human nature to hang onto the things that we have worked hard to achieve, but in order to grow as engineers we have to be ready to let go of hard-won skills and elevate our thinking as soon as the underlying tools and components improve, eliminating the limitations that forced us to develop those skills in the first place. We must constantly re-learn and re-position ourselves at the edge of the current technology, rather than resting on our laurels and becoming complacent with our engineering competence.

We must take the knowledge we acquire at the edge of technology and build it back into the tools and components we use. In that way, the edge moves forward, and we have the opportunity to elevate our work to a new level – with fresh challenges and limitations. Taking this one step farther, the most noble of engineering pursuits must be the engineering of new tools, for the individual products and devices we create are doomed to obsolescence, but the tools we create form the foundation of engineering achievements to come.

It would be easy to take a dim view of this new turn of our technological highway. One could worry that all this automation will lead to the eventual destruction of industry, the loss of jobs, and the demise of the global economy. One could fear that, by automating engineering itself, we will somehow run out of new things to do. That view, however, lacks faith in the vibrancy of the human spirit. I choose instead to believe that technology will lead us toward a future with more empowerment of the individual, more choice in how we lead our lives, and less dependence and servitude to an existence centered around the mundane and the repetitive.

Imagine a future where we re-embrace the artisan. How wonderful would it be if we all became makers and constantly explored and expanded the bounds of our creativity, our tools, and our technology? What if we used those skills and talents and that philosophy to create the kind of world we wanted to live in, and what if we all taught our children to do the same?

2 thoughts on “Mass to Maker”