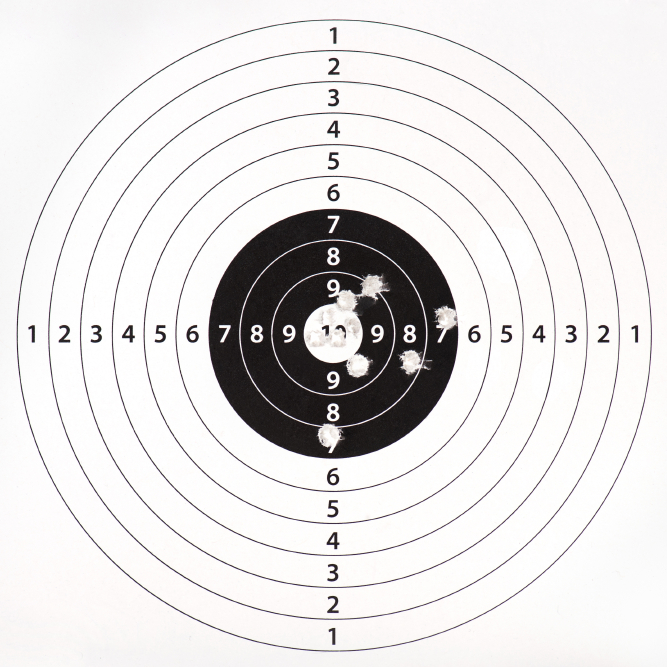 We Explore PowerByProxi and Cota
by Bryon Moyer

Not long ago, we looked at wireless power. And we looked at some of the standards and conflicts underway as companies and technologies vie for best position. And it looked like a simple two-sided issue, with the eventual winner not yet clear.

Well, turns out there’s even more going on, some of it in places we rarely visit. I’ve run across two more wireless power stories, and they’re different from what we’ve seen and from each other. In an attempt to find a unifying theme as I bring them into the discussion, the common denominator seems to be their ability to “aim” their power at a device that needs charging.

Let’s back up, however, and start with a quick review.

With these charging system, we have stations radiating fields that charge a device. But any given device will intercept only a part of the field. There is communication between charger and chargee, so power to the charger can be turned on or off to avoid wasting energy outright, but it’s otherwise not particularly selective in how it radiates (although shielding and system design restrict field leakage to some extent).

Well, while we weren’t looking, way around on the other side of the world, PowerByProxi has commercialized technology developed at the University of Auckland (where, they assert, the whole wireless power thing started over 20 years ago). They’ve been involved in a number of different wireless power efforts in the industrial arena – such as a gantry that used to be powered using a carbon brush – which generates nasty contaminating particles – that can now be powered cleanly using a wireless and carbonless approach.

But in the simple consumer-device-charging context, they have a finer-granularity technique. Instead of a single flat loop coil, they use an array of smaller helical coils. Exactly how big will vary by design (they license the technology to OEMs that build specific implementations). Through in-band communication, they will know when they’re in the presence of a device that needs to be charged. But they also sample the field anomalies caused by the presence of the device, and, from that, they can deduce the rough size and position of the device. And then they engage only the coils under (or close to) the device being charged. This can be adapted to accommodate multiple charging devices. 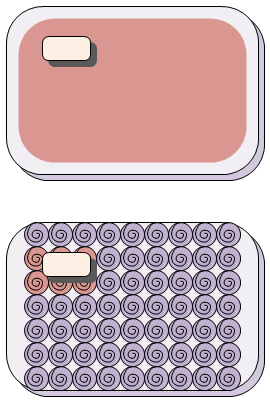 In the figure above, I’ve intentionally not shown the loop arrangement in the top pad – because I’m not exactly sure what it is. PowerByProxi asserts that these pads have “dead” spots (or at least “sweet” spots), but further discussions with WiTricity provided assurances that a good design will give uniform coverage. It’s that focus on “design” that suggests that this isn’t something you just slap together and call it good – there appears to be a fair bit of work in ensuring that the fields are where they should be. I’m not going to try to guess what that might mean.

But it’s clear from the bottom image that only the coils roughly under the device being charged are energized. This clearly restricts the field and saves power. And improves efficiency – something we really haven’t talked about much because each side has efficiency claims that are hard to sort through (or at least I haven’t sorted through them at this point).

The PowerByProxi approach also limits stray fields – which helps to mitigate the whole local heating thing. Especially since PowerByProxi uses the legacy 200-kHz frequency – at the request of their customers.

Meanwhile, from the far end of the geographical world, we’re going to travel way to the other end of the frequency range, zooming past 6.78 MHz all the way out to 2.4 GHz and a completely different concept called “Cota” from a company named Ossia. At its simplest, we’re talking about charging using RF signals. (PowerByProxi characterized the concept as being the same as RF energy harvesting, except that you’re generating the signal being harvested.) This technology extends the charging range to as much as 30 ft (10 m) – much farther than anything else we’ve seen.

The main difference here is that this is low-energy charging. It would take a very long time to charge a phone from scratch this way. The idea is, however, that, if stations using this technology are prevalent, then phones would mostly be charged all the time, and this provides a constant trickle-charge to keep them that way. The phone would rarely need a long charge. Unlike the other approaches, which require you to leave your phone on a pad, this can charge your phone while you talk on it or while it’s in your pocket.

Yeah… I know. Some of you cringed at the thought of charging waves being aimed at or near your pocket. There’s probably room for marketing abuse here (hopefully folks are above that), but safety has to be an explicit consideration for any of these technologies. And, in fact, if you talk to some of the other folks in this space, there’s concern about how much power has to be radiated – and how much people would be exposed to – if the near-field approaches discussed so far were simply to juice up harder so they could charge farther-away things.

Which is why the Cota approach is low power. In fact, by design, the power is no higher than what the phone itself would radiate when in use. They’re working with the FCC to demonstrate that there is no issue here. (The 2.4-GHz band, like the 6.78-MHz band, is an industrial-scientific-medical (ISM) band, but that just means you don’t need a license. You still have to get FCC – and EC etc. – blessing for interference and such.)

But there’s more to this story than simply radiating out some huge low-power field – because that’s not how it works. It’s more subtle than that – especially due to the presence of obstacles. With the near-field approaches, where you put the charging device on a pad, the device is still pretty close to the charger, so obstacles aren’t an issue (unless you consider, say, the countertop to be an obstacle – and the field goes right through it). But obstacles interfere with RF, and you can’t clear a 30’ space to provide for charging. Within such a radius you would expect to find tables and chairs and counters and oddly-shaped obstructions – and people. The obstructions might (or might not) stay in place, but the people won’t.

Each antenna “remembers” the timing of the signal it receives (which may be the sum of several multi-paths). When charging, then, each antenna sends out a higher-power charging signal that exactly reverses this path and the timing it detected. The idea (which to me seems like beamforming, but apparently there is some nuance such that, strictly speaking, it isn’t) is that the transmitted charging signals reverse the various paths of the chirp and arrive together “in focus” at the phone. 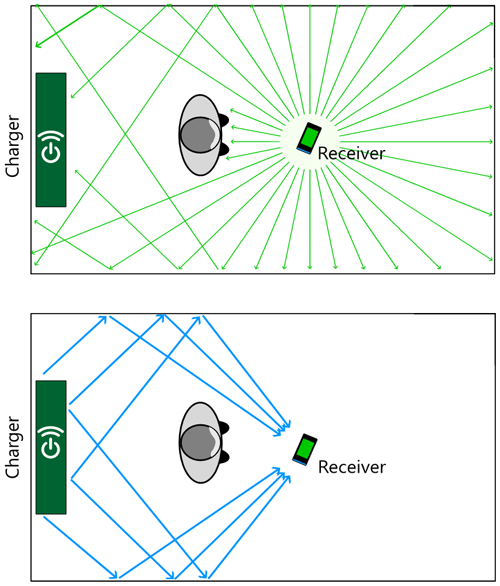 This is why they use the high frequency. The precision with which they can focus depends on the wavelength. At 2 MHz, it’s 300 feet – not so precise. At 2 GHz, it’s 5 inches. They see 2.4 GHz both as a “Goldilocks” frequency (higher and the antenna window gets smaller) and as a space-saver because it allows them to make use of the existing Bluetooth antenna.

If you think that’s complex, well, we’re not done yet. Using a single chirp to establish a longer-term charging relationship works only if nobody moves. Last Starbucks I saw, there was lots of movement. So this chirp/charge process happens 100 times per second. Each time, it re-measures the environment and sends another “power packet.” (My term, not theirs.)

There’s also an issue of materials to contend with. Some materials reflect at this frequency; some don’t. If the environment is very transmissive, then very little of the chirp will be received by the charger, and the system will decline to respond with a power packet. There’s also a conversation with the device to be charged, and if it says, “I’m fully charged, thank you,” then no power packet will be sent.

Cota is currently being evaluated by manufacturers for embedding into systems. They even envision Cota-enabled batteries. They say this is a long process, so it will be some time before we know whether it gets picked up.

So there you go. Two completely different ways of implementing wireless power. On the one hand, seems like a lot of engineering going into a specialized space. Then again, the implications are enormous. The Ossia folks imagine a future generation of kids that won’t understand the concept of a phone charger – they’ll be accustomed to things being charged automatically and transparently as they walk around. Of course, this now means at least three mutually-incompatible systems duking it out, and it may get messy before it all settles out.