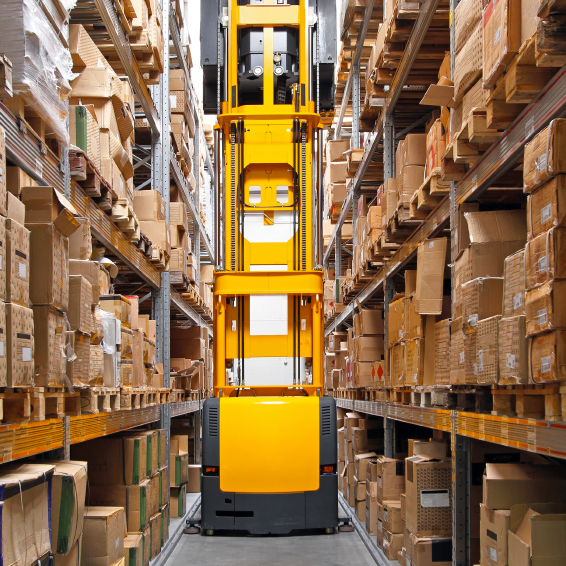 “Daddy, where do electronic components come from?”

“Well, sweetheart, when a customer and a vendor love each other very much…”

We’ve all had that awkward conversation. When you release the bill of materials for your new project, somebody has to source all those components and get them into your hot little hands. How does all that stuff get to you? A while ago, I got to see where the electronics stork actually lives.

If you’ll pardon the expression, Phoenix, Arizona is a hotbed of electronics distribution. That’s where the galactic headquarters of Avnet is located, and Avnet is certainly one of the largest electronics distributors on the planet. As an engineer, I never thought much about distributors (“distis,” we called them) because they just seemed so… well… boring. How hard can it be to load up a warehouse with components and then ship them to me?

Pretty darned hard, as it turns out. The dismal science of electronic supply-chain distribution is a tricky one. It’s also a brutally competitive business, with Avnet and other distributors angling to find any cost- or performance advantage they can. And that leads to some interesting techniques, as I was to discover.  Thanks to the nice folks at Avnet, I was able to peek behind the curtain and see just how advanced this “disti” business is.

For starters, Avnet is a lot more like Google, Yahoo, or Amazon than I expected. The company is fanatical about its online presence and its IT infrastructure. I figured the warehouse buildings were what passed for high-tech at places like this. Not true. And so our first stop was the Phoenix datacenter.

The company’s datacenter is impressive in its own right. Like traveling through a Facebook server farm or a scene from The Matrix, you encounter row upon row of upright chassis illuminated with the eerie glow of green and red LEDs. Overhead races carry CAT5 cables and miscellaneous wiring, while the floor remains a tidy and uncluttered array of perforated and ventilated tiles. Every few rows are surrounded by a plastic curtain, like a walk-in meat locker for keeping the cold air in. Standalone air-conditioning units the size of studio apartments dot the perimeter of the space.

In what must be either the coolest or the most boring job in the world, a half-dozen IT managers sit at custom consoles inside a locked room gazing at monitors, video feeds, and status displays. It’s more than a little reminiscent of a NASA control room (or the bridge of NCC-1701), with rows of curved consoles, swivel chairs, and a giant monitor on the front wall. The sound is muted and the atmosphere is one of quiet readiness. Several big red buttons on the wall are accompanied with reminders that releasing the Halon gas presents a suffocation hazard, or that opening the massive water trunks will flood all the rooms and ruin the electronics. A worst-case scenario, I imagine.

Fans of heavy metal will appreciate Avnet’s backup generators. Three huge V12 twin-turbo Caterpillar diesels sit side by side on concrete slabs, their exhaust manifolds pointed up into ductwork venting to the outside. Not by coincidence, ear protectors lie on a work table nearby. (Also a big-ass fire extinguisher.) Every month, an intrepid Avnet employee awakens the beasts to make sure they work, lubricates them, and gives ’em an “Italian tune up.” Even the fuel is special; it’s classified as Grade 2 emergency diesel, meaning that in the event of disaster Avnet gets supplied right after the police, hospitals, and military. Your backyard Honda generator this ain’t.

Avnet’s datacenter is so busy and so massive that Vice President of Technical Operations Mike Kenney says they deflect 1,100 attempts per day to penetrate their network. The company’s servers handle 1.8 million e-mails per day, fully 85% of which is spam. (It sucks to have a highly public domain name.) The company processed 7.3 million orders last year, or about 30,000 per workday. They keep 1.3 petabytes of live data online, with even more preserved as backups. They can hot-swap almost any individual piece of their massive server farm, and, even more remarkably, there’s an entire secondary server farm located offsite (they wouldn’t tell me where) that can be brought online “within minutes.” When you’re handling thousands of orders every second, time is money.

When I think of other electronics distributors that compete with Avnet, names like Digi-Key, Arrow, and Ingram Micro come to mind. While he acknowledges that comparison, CIO Steve Phillips says he and his colleagues really think their biggest competitor is Amazon. After all, Avnet and Amazon have essentially the same business model: order physical commodities online and have them delivered quickly from local depots. The warehouse-with-distribution model is similar, and streamlining the process—reducing the transactional “friction”—is key to both companies’ success. Avnet spends $120 million per year on freight and another $1 million on electricity for its datacenter, so minor tweaks in efficiency can potentially pay off big-time.

The warehouse part of the company—and boy, do they have warehouses—is about what you’d expect: really big windowless buildings with high ceilings, like a Boeing assembly plant or a monster Home Depot for nerds. At any given moment, there’s a half-billion dollars in inventory under Avnet’s roof, and that adds up to a whole lot of resistors, power supplies, and subassemblies. The shelves are piled high—too high, in fact for anyone to reach. Some areas have a kind of second-floor catwalk where workers can get to the upper items. Other times they’ll drive narrow electric forklifts between the rows. But instead of lifting the goods, these machines lift the workers (who wear a safety tether) high above the floor. The contraption looks ungainly and top-heavy, like an SUV just aching to tip over.

Much of the part-retrieval process is automated. Here robot arms glide up and down on rails alongside narrowly spaced parts bins, neatly picking up a box here, replacing a box there. If you’ve ever seen a dry cleaner’s rotating rack, Avnet’s got some of those, too, but theirs are three stories high. The massive serpentine mechanism rolls and churns and comes to a stop directly in front of a comparatively tiny human worker with an outstretched hand, like a wizard calmly feeding his dragon.

For a busy and volatile industry like ours, feeding the dragon is complicated, risky, and fraught with pitfalls. Now that I’ve seen how it’s done, I’ll be hearing the clatter and whir of machinery every time I order a new component.