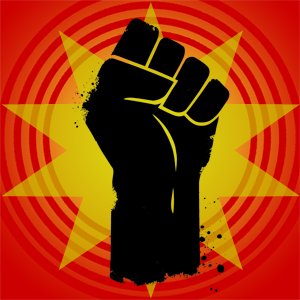 Over the past few years, Lattice Semiconductor has transformed itself from a struggling, distant third-place supplier of FPGAs to a scrappy, innovative competitor opening up new markets and challenging status-quo perceptions about the nature and role of programmable logic in system designs. Their latest press release proclaims they are “breaking the rules,” which would be easy to dismiss as marketing fluff, but it turns out those big ‘ol marketing boots are walking on some pretty solid footing in this case.

Then, two more years go by, ASICs still exist, and the whole scenario plays over again.

The script goes like this: Design teams use FPGAs for prototyping and early production of some new system. Then, as that system goes mainstream, ASIC and ASSP implementations become available that reduce unit cost or power consumption, and those teams move to the ASIC-based solution. FPGA companies want to break that loop, of course, because they’d really like the big volume orders that come later – not just the comparatively small volumes from prototyping and early production.

Two things work in favor of the FPGA companies, however. First, design teams have sometimes moved on to the next big thing using FPGAs before it comes time to cost-reduce the “old” thing using ASICs. (This doesn’t mean that ASIC-based cost reduction never happens, however.) Second, there is often some aspect of the programmability of the FPGA that is impossible to replace with an ASIC.

Lattice has an idea. Go right ahead and bring in that fancy ASSP or ASIC. Take the cost, power, and performance benefits it brings. Then, for the “programmability” aspect that you lost when you ditched that big, expensive FPGA – use one of the cool, cheap, remarkably capable ECP5 devices they just introduced. You’ll get all the benefits you were wanting from your big-iron FPGA solution – programmability, flexibility in changing standards, SerDes, bridging, and so forth – but you’ll also get to capitalize on the benefits of optimized ASSPs and ASICs.

It’s the best of both worlds, right?

ECP5 is, as you might guess from the name, (approximately) the fifth generation of Lattice’s popular low-cost (although the company calls them “mid-range”) FPGA family. The company says ECP5 is targeting applications such as small-cells, microservers, industrial video, or anything where high-volume production makes conventional FPGAs impractical. The common theme in these applications is a need for high-speed SerDes and flexibility/programmability. You can go full steam with your ASIC or ASSP solution, secure in the knowledge that the FPGA will clean up the loose ends that were missing in your ASIC, bridge any interfaces that don’t match up, and drive your high-speed serial data pipes. It’s a reasonable approach to getting your system out the door with minimal risk and in minimal time.

Lattice says the new family makes significant gains over the previous generation – 40% lower cost, 30% lower power consumption, and 2x “functional density” (amount of logic packed into the smallest package). ECP5 weighs in in the “less than 100K LUTs” category, which still leaves you a lot of logic in your sandbox. Interestingly, the company chose not to go “bigger” with this generation – keeping the density in the 25K – 85K LUT range, and focusing instead on delivering that amount of logic in smaller packages with lower cost and less power consumption.

Of particular interest are the extremely low power claims for SerDes interfaces – “starting at 0.25W.” The 0.25W is for X1 PCIe, and x4 PCIe comes in at “

Speaking of target applications, Lattice seems to have had some specific ones in mind when they designed ECP5. If you’re designing a small cell base station, for example, they think ECP5 should be sitting between your analog front-end and your ASIC/ASSPs, supporting things like CPRI, ORI, digital front-end (DFE) augmentation, and JESD207 or 204B. If you’re doing video, they want to connect you with your image sensor, help with your image signal processing, handle your Ethernet and H.254 encoding, and more. Because the company has been focusing on mobile designs, they’ve got you covered on mobile-based standards like MIPI CSI-2 if your image sensor speaks that language, as well as on many other popular standards.

The available 10mm x 10mm package is designed to squeeze into the cramped quarters of an 11mm PCB, which just happens to be what you’ll want if you’re doing small form-factor pluggable transceiver modules (SFPs). ECP5’s SerDes can handle the Ethernet connectivity for you, and you can have those 85K LUTs for whatever secret sauce your heart desires.

The small die size is achieved by low-cost copper pillar fine-pitch flip chip technology and some pragmatic decisions on how many pins are needed for targeted applications. Even though ECP5 is based on seemingly pre-historic 40nm CMOS technology, the 7mm x 6.6mm die size is plenty small to deliver the cost, form-factor, and power benefits without the treachery of some of the more cutting-edge processes (like the current 28nm used for many mainstream FPGAs).

One final way Lattice breaks the rules is in their product announcement scheduling. While most of us are used to FPGAs being announced months (and sometimes years) before they are actually available, ECP5 is available now. You can download the tools, get yourself a development board, and start rocking. Weird, huh? Maybe they really are breaking the rules.