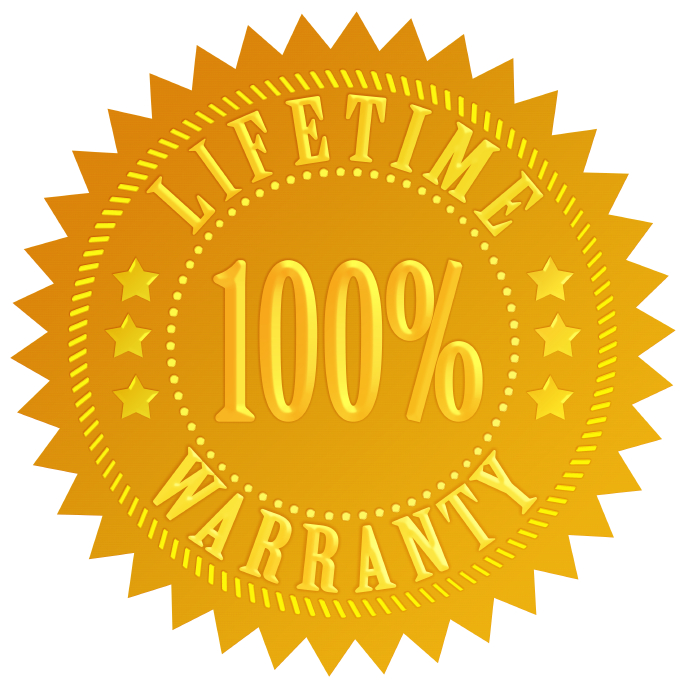 SiTime Goes for a Lifetime Warranty
by Bryon Moyer

There’s nothing quite like a lifetime warranty to quell concerns about product reliability. Granted, there are weasely ways in which some folks define “life” – life of a system, life of the owner, life of the original owner – but in the end, it’s usually a good thing. (I suppose defining it as the life of the product itself would be particularly weasely – “We guarantee it will continue to work until it stops working.”)

But let’s set weasels aside, because for the most part, this is not a weasely matter. A lifetime warranty is a tool companies can use to build credibility and even differentiate their product. It becomes a product feature. It is – or should be – a serious commitment. No matter how you measure it, “lifetime” is – or should be – a long time. And “long time” is something of a tenuous concept in the Silicon Valley of startups starting and stopping and getting gobbled. Not to mention the no-farther-than-the-next-quarter focus of publicly traded companies.

I got to thinking about this after SiTime announced they were offering a lifetime warranty on their MEMS oscillators, something they claim as an “industry first.” This is particularly interesting, since new adopters of MEMS often have wear-out concerns. Which, of course, is why SiTime did this: to put those kinds of questions to rest.

I also find it encouraging in a time when I’ve been singularly unimpressed with the quality of electronics I’ve purchased over the last year or two. Any steps to improve the record of products delivering as promised are a good thing.

The most important element in deciding to offer a warranty like this is the obvious one: Does the product have the quality required for “lifetime” performance? There’s only one way to answer this: data. And lots of it.

Reliability testing is a standard thing in Silicon Valley. Heck, it’s the only reason why I know that there are 168 hours in a week (168 hours is often the first checkpoint in a process that will typically go to 1000 or 2000 hours – 6 and 12 weeks). It’s obviously not possible to run a product under normal conditions for a lifetime to see what happens. So we accelerate – heating and powering the devices up to extremes and cycling the temperature and inducing temperature shocks – and then extrapolate from all that abuse to estimate what the ordinary lifetime of the product would be.

From that data, companies decide internally whether they have a product that will perform reliably to the expectations of the buyer. Such reliability is (or should be) a standard part of the decision as to whether a product is ready for release.

Companies then provide that data externally to their customers to convince them that things will work as expected without worry of field failures, which can, at best, be expensive to deal with. At worst, people get hurt… or worse. These reports may be offered publicly or under NDA (as is the case with SiTime).

This is how we generally deal with things now. The vendor creates the data and, based on it, the purchaser takes a risk that the product will perform. The whole point is that good data means that the risk is small, if not technically zero.

With the lifetime warranty, however, there’s a flip: in theory, the customer is no longer taking that risk – the vendor has decided to own the risk. By taking that risk off the table, they hope to remove a sales barrier. And, of course, they would take on this risk only if they believe strongly in the strength of the product quality. So, in addition to removing the risk, it sends a strong statement of confidence that can further help the sale.

You might wonder who the Nervous Nellies are that are afraid to use a new electronic component. Well, it’s not all nerves – part of it is simply how you do business in a responsible way – call it due diligence. But with some new technologies – and with MEMS in particular, you have an extra set of worries.

MEMS components, by definition, involve something moving. It might be a cantilever or some sort of spring-loaded surface or a membrane, but it’s the movement that puts the “mechanical” in MEMS. In our macro world, we know that moving parts ultimately give way to “fatigue.” We have a general sense that a hinge or other point where movement stresses are concentrated will have a fixed lifetime and eventually give out. It’s one reason why airplanes are inspected so regularly: so that early evidence of fatigue can be found and the old parts swapped with fresh, new ones.

So it’s natural to assume that, at the micro- and nano-levels, similar effects would be in play. Everything has its limits.

From an intuitive standpoint, let’s take things another step. When we look out the window at the airplane wing, we are relying on the fact that the metal parts aren’t wearing out and that their general flexibility – the fact that the wing is bouncing around during turbulence – is a good thing. Flexible materials have give; brittle ones break.

Except that the moving MEMS elements may not be made out of metal – they may be made out of silicon. Or the oxide of silicon. AKA glass (roughly speaking). Neither of which are known for their flexibility. To us macro-sized people, they pretty much seem brittle. So expecting them to work without fatigue or cracking may not be natural. Perhaps there’s a physical argument why brittle actually works better, but that’s not a conclusion that someone new to the technology is likely to come to on their own.

Things get even scarier if you run some numbers. A component like a gyroscope moves constantly. If my numbers are correct, then actuating the gyro at a mere 1 kHz means that the element will move over 31 billion times in a year. I get fatigued just thinking about that.

The way to address this is by limiting the range of motion. There’s an elastic range of motion and then there’s a plastic regime. By definition, the narrower elastic range allows motion that is reversible with no fundamental change in the material. It acts like a spring, and the Young’s modulus is a critical material characteristic.

Once you enter the plastic regime (or beyond), you’re starting to change how the molecules connect to each other – meaning you’re fundamentally changing the shape of the element so that, when it returns to “home” position, the mechanism is now different from when it started. (To be clear, I’m not a materials scientist, and this reflects my simplistic view of things… I’m certainly willing to hear more nuanced definitions and descriptions.)

So the key is to keep within the elastic region. And to leave some margin. Some devices have physical stops to keep the moving elements from traveling outside their intended range. Others try to use control feedback to keep the element in range.

It’s also worth noting that “motion” may not be bulk movement of an element: it may simply be vibration. So a proof mass may not itself be moving, but its surface or the bulk is undergoing “relative” motion. This is the case with oscillators, and it is, in particular, the case with SiTime. So they benefit from this more limited range of motion – they claim that their movement is constrained to between 1/10 and 1/20 what the physical limit would be, giving them lots of margin.

The purpose of these points is not to suggest that MEMS would be unreliable, but to illustrate why folks new to MEMS might be concerned about failures. After all, airplane components can be replaced when they start to wear out; not so with MEMS.

Which is why a lifetime warranty is a way to put your money where your mouth is and place a serious vote of confidence in your own product. Granted, because of the more limited range of motion, companies like SiTime that rely on resonance may have an advantage, but why not take advantage of it?

A lifetime warranty can also have an accounting effect. You may wonder why various products have use-by dates. For something like milk, it’s obvious; for things like drugs, we assume that, beyond that date, the drug will lose efficacy. But the critical point is that the date is when the company promises things will be fine. They may still be fine beyond that date (and, if they’ve built in margin, they probably will be); you’re just on your own then.

It’s not only the lawyers that like a sunset date on your guarantee: the accountants might like it too. Warranties have to be accounted for, since handling returns costs money. If you sell 1000 widgets and expect that, over a 10-year warranty, you’ll get 10 returns, then you have to hold back 10 widgets’ worth of money in case you need to issue replacements or refunds. In principle, if, after 10 years, it turns out that you got only 5 returns instead of the expected 10, then the withheld funds for the other 5 can now be recognized as revenue, since you’re no longer on the hook for them.

In practice, of course, there’s no such segregation of funds; there’s simply a reserve kept (in this case, 10/1000, or 1% + shipping and handling) for reporting purposes. And you don’t hold the reserve for the life of the product; you look at how many returns you typically have in a year (regardless of their age) and reserve acccordingly. Assuming you don’t have early failure issues, then the longer the warranty, the more you may have to set aside. These may not be trivial calculations: I found some nasty differential equations online used to determine reserve amounts.

All of that said, then, we now have one company bellying up to the bar, putting a “good for a lifetime” stamp on their product. Who’s going to be next?

One thought on “Guaranteeing It”