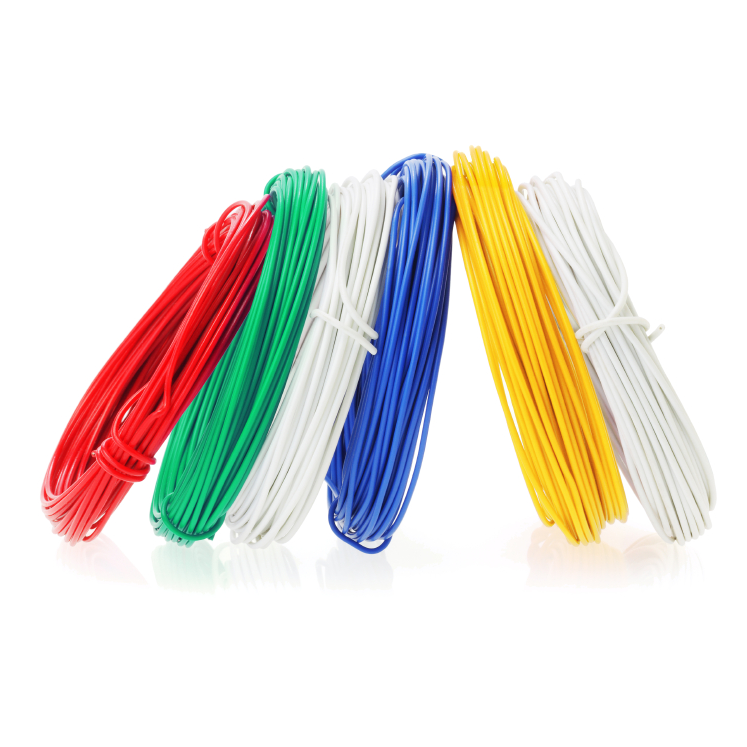 More Than Superconductors?
by Bryon Moyer

Last year, I delved a little into the world of superconductors and their bizarre circuits. In poking about afterwards, I ran across something called an “ultraconductor.” I wondered if this was a brand of superconductor – it wasn’t. So what is this thing?

Turns out, it’s not just one thing. I found two threads to pull, and they were different. One led to an organic approach – which would sound pretty danged interesting – but it is not being actively pursued at the moment. (I’m not sure why; for now it’s an academic question, and I’ll tackle it if we ever come back to it.)

The other thread related to some work done at the Los Alamos National Labs (LANL). One Dr. James Maxwell was leading a project to improve conductance beyond what metal alloys could provide.

Let’s start by clarifying something: as it turns out, this has nothing to do with superconductivity. At all. No electrons marching arm-in-arm down the aisle. No refrigeration required. This is an entirely different concept. In fact, LANL had provisionally coined a brand “Ultraconductus,” but Dr. Maxwell, who is now with a private company that has LANL’s blessing to pursue commercialization, isn’t sure what the branding will be long-term.

So sever any connection your brain might be making to superconductors. (But don’t stop reading.)

This does have to do with carbon nano-tubes (CNTs), however. Which we’ve discussed in the context of both semiconductors and conductive inks (the latter admittedly being a brief mention). But the concept we’ll follow here is different from those. We’re simply going to be creating wire. I know – exciting!

If we could make long, perfect CNTs as wires, well, that would be pretty awesome. We could stop mining copper. But we can’t do that. The best we can do is create a bunch of CNTs and let them hand electrons off to each other. An electron goes as far as it can, and then it transfers to another CNT, hopefully all the way down the wire.

Those transfers mess up any aspirations of hyper-ballistic electron mobility awesomeness, but they don’t ruin the whole story. In fact, imperfections play a part in this tale. The main idea is to embed these CNTs in metal. You might think of this as CNT-doped metal, but doping usually suggests a small amount. What we’re talking about here are bundles of CNTs that form the main mode of conduction, and they’re “held together,” as it were, by the metal matrix in which they’re embedded.

But for this to work, there are four challenges that the team had to overcome:

With that last one, you might recall the situation with semiconducting CNTs. There, metallic versions are essentially poison, shorting out circuits. So we talked about a way of, more or less, blowing them up to get rid of them.

In this case, semiconducting CNTs don’t poison a conductor outright; they just reduce the conductivity. So the mix doesn’t have to be purified. As long as they can achieve at least about a third of the CNTs as conductive, they’ve got something useful. So the barrier is much lower than it is for semiconductors.

What about the other three items? Well, for the first two, it turns out that defects are the ally. They provide opportunities for electrons to make that quantum leap onto a CNT or from one to another. Some such defects occur naturally, but the LANL process specifically dopes the CNTs and then coats them with a cladding of “proprietary metals” before infusing the whole thing in the metal matrix. In concept, anyway.

In practice, they tried more than one way of building these, but the current preferred process relies on two sets of lasers and an assortment of appropriate gasses. The first gas needed is a hydrocarbon from which carbon can be extracted; hydrogen also flows. CNT growth starts on a “mandrel” – a metal surface seeded with some catalytic nano-particles onto which the CNTs will grow. The mandrel can be pulled back as the CNTs grow.

It turns out that the size of the seed nano-particles affects the “chirality” – the amount of twisting* that occurs in the CNT. Metallic CNTs have no twist, so controlling this helps to raise the proportion of useful CNTs in the mix.

At this first stage, lasers focus on specific points that cause CNT formation. As the CNTs materialize, the mandrel can be pulled back, and the CNT grows as existing material retreats, leaving room for new material to grow attached to the old. It’s kind of like reverse extrusion. (Intrusion? Abtrusion? Adtrusion?) There’s more than one focal point, so you get this bundle of CNTs being grown. Millions of them, actually. The doping and cladding of the CNTs is also done during this stage.

After the mandrel pulls back a ways, this bundle is long enough to where it needs the support of the metal matrix. So, further back lies another set of lasers. While the first lasers continue to build CNT material upstream, this downstream laser setup introduces new metallic gasses that build the metal matrix. The metal/CNT wire is then spooled like any other wire.

As to the matrix metal, they first used gallium because it melts at warm-room temperatures, and liquid is easy to work with. They’ve also worked with aluminum and copper. This choice could presumably be made per application or to suit customer specifications.

If any of you are semiconductor folks wondering if you have a new metallization material here (to complement your semiconducting CNTs someday), the answer is… probably not. This would be hard to do as a thin film, Dr. Maxwell says, because there’s not an obvious way to get the CNTs to align in the direction of current flow. Adapting a laser process could, in principle, solve that issue (although likely at much lower throughput).

But the big issue is that, at least at present, carbon is not viewed as a friendly element in semiconductor fabs. So getting something like this going would require either an outside house specializing in this step (possible perhaps, but not good for cost or quality) or convincing fab managers that everything will be OK. Neither of these is seen as likely anytime soon. Like, 20 years or longer, in Dr. Maxwell’s view.

As to the wire application, they’re looking for partners to help with commercialization. The existing process makes good samples, but a high-volume approach has yet to be designed. In addition, conductivity still needs some more work. They’re getting around 20% better than copper now; they’ve gotten feedback that as little as 30% improvement over copper would be seen as a big gain for wire makers.

Dr. Maxwell says that, within six months of working with the right partner(s), they could demonstrate conductivity two or three times greater than that of copper. Give them a couple of years, and they could take that further yet.

This feels to me like one of those technically really interesting ideas whose fate rests in the balance of getting interest and investment. Even if it’s economically viable, it still competes with other ideas for dollars, so mere good ideas are never a guaranteed bet. They’re just a better bet than bad ideas. And good ideas always run the risk of being discovered as not-as-good-as-everyone-thought if hiccups arise during the process of turning the idea into a product.

So we’ll update you if this gets a head of steam and becomes a real product.

*Chirality actually refers to “handedness” – a characteristic of twisting or threading. You can twist in a left-handed or right-handed manner. The concept of chirality applies to far more than twisting, however. It’s a more generic concept, applying, for instance, to chemical enantiomers – two substances that are molecularly the same except that the molecules are mirror images of each other (one left-handed, the other right-handed).