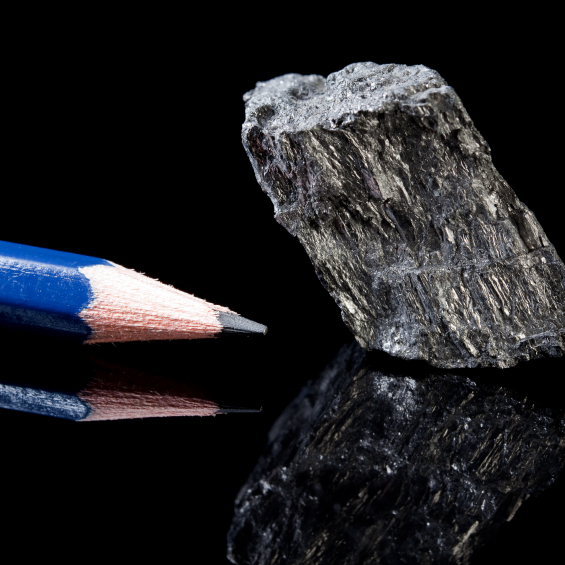 A Tale of Two Graphenes

Promise and Disappointment
by Bryon Moyer

It’s pretty good times and, well, not as great times as we might have liked for one of the wonder materials of our time: graphene. To get a flavor of the schizophrenic nature of what’s going on here, you needed only to go to two different conferences last fall: the Graphene Live portion of IDTechEx’s convention on the West Coast and the IEDM show on the East Coast.

First of all, let’s be clear: these are very different conferences. IDTechEx is an amalgam of various smaller shows, including the graphene one. It’s a commercial convention: presentations are done largely by companies with products to sell, and there’s a sizeable exhibit floor. Marketing content is high. Many of the presenters sell graphene or the means to produce it, so they will naturally be excited about its prospects. (“Excited” is a word I’d really like to see banished from all corporate communications of any kind.)

IEDM, by contrast, is a formal engineering conference. Marketing need not apply. There are no exhibits.

So, to some extent, it’s to be expected that the former will be more buoyant an event; it’s rare that marketing folks are willing to go public with a negative story or fess up that, “Yeah, our product has no market. Thanks for your attention.” Whereas IEDM tends to be more – or at least tries to be more – “just the facts ma’am.”

But even putting that aside, the take-aways from the two shows felt completely different. That’s because of widely different applications, but… I get ahead of myself.

First let’s remind ourselves of what graphene is about and why the hype. It’s carbon connected to carbon in all directions in a plane. In a single layer of infinite width, it’s supposed to be an amazing conductor. Technically, this is called a 2D crystal, because crystal methodologies can be applied.

As I was reviewing a presentation given by AZ Electronic Materials, I saw a great list of the attributes of graphene. Then I saw an IDTechEx market presentation with the exact same list. Which made me look harder and realize that both had attributed the list to the University of Cambridge.

So, from Cambridge, then, here is an inspiring list of what’s great about graphene:

As I was perusing about a bit, I noted that there are some graphene relatives and seeming look-alikes that could be confusing:

For those of you not comfortable with the bonding details, that was covered on that day you missed in Science for Digital Designers. Like Physics for Poets, but without the rhyming. Yeah, I missed it too.

We’re only going to talk about the first one, graphene.

You may recall that the original “creation” of graphene was done using scotch tape on the graphite leavings of a pencil. That’s pretty low-tech. More high-minded folk refer to this as “micromechanical cleavage” or MC. I think there’s a joke in there somewhere, but since this is a family newspaper, I’ll move right along. (There’s no end of things engineers can say with an absolute straight face.)

Here are some of the ways folks are making graphene to build different things, courtesy of AZ Electronic Materials and various other random sources:

The key here is that, well, to quote IDTechEx, “There are many types of graphene” as characterized by the number of layers, the oxygen content, the microstructure, and the size of the pieces or flakes.

The bottom line appears to be that pure, high-quality, perfectly-interconnected graphene is really hard to build. The variations all have an effect on how well the graphene works for different uses. Which could be why some people might be more or less excited about graphene’s prospects.

But it’s also used for sensing antigens and strain; transparent conductive films (TCF), where it unfortunately competes with ITO and a million other pretenders to the smartphone screen, as well as – who knew! – de-icing; ink for printing conductive geometries; a variety of non-electrical applications (based on things like its strength); and… transistors.

A grave situation for graphene?

Yyyyyeah… transistors.That brings us to IEDM, where the sound of champagne cork-popping was much less in evidence. In fact, there are those that came away from the plenary graphene session with the following conclusion: Graphene is dead.

OK, not totally dead, but it’s not The Great Scion of Silicon. Perhaps a useful duke or baron or the Hand of the King, but nothing more.

Of course, the main problem always comes back to the whole bandgap thing. As in, graphene doesn’t have one. From an analog standpoint, it’s hard to get it to amplify. Amplification is important if you have a chain of stages: each stage needs to amplify the signal so that it’s strong enough to drive the next stage, and so the signal doesn’t attenuate as it makes its way through a complex circuit.

For digital, it’s even more dire. No bandgap? No on/off. So “bandgap engineering” is the name of the game. But there are two important aspects to this. First, you want to have two distinct states – a high-current “on” state and a low-current “off” state. (OK, you contrarians can reverse the “on” and “off” if you want; we just need discernibly different states.) But it would be really nice if the low-current state were a zero-current state so that the thing didn’t simply burn current (albeit at a lower level) while “off.”

The plenary graphene paper, written by Roman Sordan of Politecnico di Milano and Andrea Ferrari of the Cambridge Graphene Centre, discussed much of the work that’s been done to try to address this.

One way of getting a bandgap is to use graphene nanoribbons, which we mentioned above. To achieve a bandgap of around 1 eV, you need to have ribbons on the order of 1 nm wide. But here’s the deal: these ribbons aren’t perfectly straight at the edges, and electrons scatter off the sides as they travel. That lowers mobility. Folks are trying to get cleaner edges, but, even in the limit, there will be some scattering. Since mobility is one of the amazing things about graphene, compromising it could be a big deal.

Another approach has been to use top-gating. Most graphene-based transistors have all the wafery stuff – oxides and silicon and metal and such – done first on a wafer, and then the graphene is delicately placed over those assembled works. That means that, unlike typical silicon transistors, the gate is under, not over, the graphene channel.  Done this way, gain is typically less than unity, and there are voltage mismatches that prevent use for digital gates. Only when ultra-thin aluminum oxide top-gates were used was gain greater than 1 achieved.

There has also been some work done with MC graphene that has yielded a gain greater than 1, but it requires cryogenic conditions. Not likely to show up in your fitness gadget anytime soon.

And, to make matters worse, most work has been done with a single transistor or perhaps a single stage or two. Not much has been achieved with anything approaching a real circuit. Except perhaps for ring oscillators (ROs). The authors of this paper reported achieving over 1 GHz, which was a significant goal and accomplishment. Similar CNT-based ROs ran around 50 MHz and bilayer MoS2 was down around 1.6 MHz. So it’s something.

But that was the only good news in a paper that mostly talked about challenges and things that, so far, haven’t worked well.

Meanwhile, folks from UT Austin used a fluoropolymer cap that yielded an on/off current ratio of 15 and boosted transconductance by a factor of around 20. It turns out that competing mobility effects helped with these improvements. The “on” mobility is limited by long-range scattering, and this was improved. The “off” current is limited by short-range scattering, and this got worse. Of course, if the current that you want to be low gets “worse,” that’s actually a good thing. So both currents went in a useful direction. Note, however, that the “off” current isn’t zero.

Meanwhile… in the IBM Watson Research Center, they built an RF receiver (bandpass amp + mixer). They did all the back-end steps first, again, so the graphene could be applied last, after all the harsh processing was done. So this is a back-gated circuit. It uses so-called “T-gates,” which, when looked at in cross section, look like the letter T. It takes them two metal steps to do this: one for the stem of the T and then one for the cross-bar.

So they used the Metal 1 layer (M1) for the inductors and bottom plates of the caps. Then, after an oxide layer, M2 formed the top plates of the caps and the bottoms of the T-gates. M3 went directly next to form the tops of the T-gates. They then deposited Al2O3, using atomic-layer deposition (ALD), for the gate. Then CVD provided the graphene, and there was one more metal layer, a Pd/Au stack, used for contacts and for resistors.

So there’s lots of work being done to try to get these babies ready for you circuit designers. It’s just coming along kinda slow, and, well, the mood wasn’t exactly ebullient. Don’t throw away your silicon textbooks quite yet.

Unless you’re designing supercaps. Then, well, graphene is the best thing ever.

The IEDM papers are available in the IEDM proceedings if you have them. The ones referenced here are:

19.3: Graphene/fluoropolymer hybrid materials with enhancement of all device properties for improved field-effect transistors

2 thoughts on “A Tale of Two Graphenes”