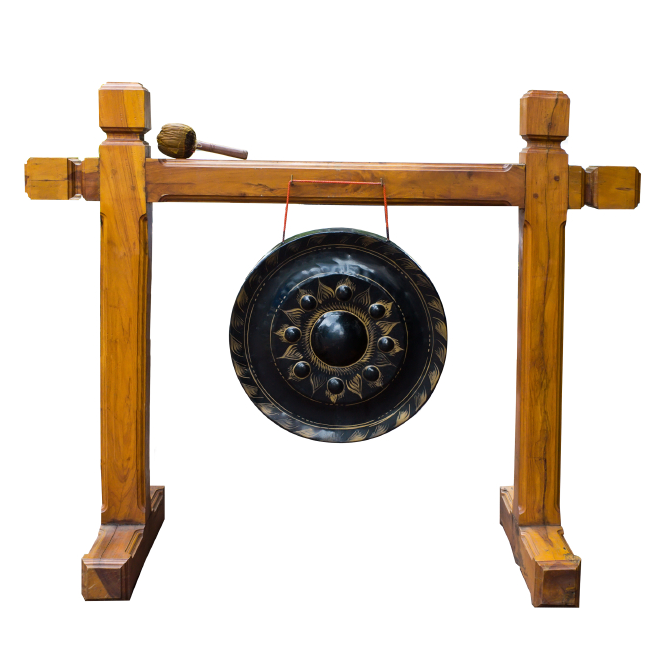 There’s a New Way to Do It. Or Is It New?
by Bryon Moyer

It all started one night when an MIT denizen’s slumber was awakened by an insistent sound. No, it wasn’t the smoke detector; evidently those aren’t the only devices with batteries designed to go dead at 3 AM in any time zone.

No, this was his cell phone complaining that the battery was running low, and there was but one way to shut it up: get up and plug it in. Which provided some laying-awake time for ruminating on phone charging and the transfer of energy over distance. Which led to a Eureka moment. And, ultimately, a new company.

Batteries have become the boon and bane of our electronics. Boon because they provide us with cool untethered gadgets. Bane because they drain and need recharging, something users want to do as infrequently as possible. Bane also because electronics designers have to pay so much attention to minimizing power consumption.

So, while designers continue to wrestle with how to keep power consumption reasonable (a process that will never be complete), we will always have to recharge batteries. It’s just a question of how often and how much of a hassle it is.

One vision for making that process easier is wireless charging. And, if you’ve been paying attention, you’d respond, “We already have that.” Which is correct; we’ll come back to that in a moment.

But while we’re on the topic of grand visions, if we could wirelessly recharge devices that we will be moving from place to place, what about devices that are intended to remain in one spot, like our TV and stereo electronics: might it be possible to power them wirelessly? There would be no battery involved in that case; it would simply be wireless power.

In that last scenario, you might reasonably ask, “Wait, if it’s not going anywhere, then what’s wrong with just plugging it into the wall?” And the answer would be, “Nothing… as long as there is a plug where you want to put the thing.” But what if the only reason you’re putting those electronics where you do is because that’s where the power is? What if you wanted to have, say, a big shelf room divider to transform that awesome new warehouse you’re pimping out into a couple of different rooms? And you want to put the electronics on that shelf? And there’s no power there? (It is a warehouse, after all…) A wireless setup might let you do that.

So… having established some potential use cases for wireless power, let’s look at how that might be made to happen. As you may have correctly pointed out a couple of paragraphs ago, wireless charging can already be done. It’s called “inductive charging,” and it involves a mat or some other cradle that holds the electronic device in a very specific spot and orientation for charging.

This has been around for a while, but somehow, it hasn’t really taken off – except, apparently, for the cordless toothbrush market, where it’s doing well, thank you. But for phones? Not so much. One of the reasons for that might be the fact that it takes roughly twice as long to charge a phone inductively as it does to plug in and charge it, according to WiTricity CEO Eric Giler. I know I wish my phone charged faster while plugged in; slow wireless charging would be acceptable only overnight.

But there’s a new approach to wireless charging. It arose out of the midnight phone-charging inspiration, which led to work at MIT, where the theory was established. Since such theories tend to be viewed by some as too good to work in actual practice, they built real systems to prove that it worked not only in theory, but in real life. And they spun out into this company called WiTricity.

This new approach is called “resonant” charging. And it really does feel, at the highest levels, like it’s the same as inductive charging, but it’s not. It can charge over a larger distance, it doesn’t require the same precise positioning of the device you’re charging, and you can charge more than one device at a time. It’s also looking like charging times can be made roughly equivalent to wired charging.

So what’s the difference? Well, inductive charging is strictly about mutual inductance. In terms of your basic passive components, it’s all about the L. You effectively have one half of a transformer in the charger and the other half in the chargee. If you put them close enough together and orient them properly, you now have a complete transformer. The windings are equal, so it’s 1:1 – no voltage change; you’re simply moving energy across.

But the fact that you’re completing a transformer is the reason why these chargers are so finicky about position and orientation. Shift things by as little as a few millimeters and you’ve broken the spell. 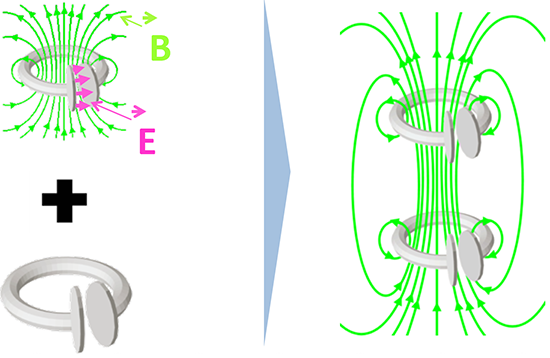 While the electric field is confined largely to the capacitor plates, the magnetic field can extend farther than the millimeter restrictions of inductive charging. In fact, with a little help, it can actually go a long way. That help comes in the form of “repeaters”: disks that contain capture resonators. The repeater resonates with the source magnetic field and extends its reach to the other side of the resonator. And you can use multiple resonators to extend things even further.

The LC circuits themselves are intended to be as lossless as possible: a strong peak and a high Q. Now… the magnetic field extends in many directions, so presumably there would be some loss if you used many repeaters since each repeater would intercept only a part of the received field. I’m assuming you can’t extend the repeaters forever… (At least so it seems to this guy who probably is less conversant with fields than he should be.)

For close in, the idea is that, rather than needing specific cradles for charging, you can install a charger under a table or counter and then place the device to be charged (or multiple ones) on the table or counter.

The repeater concept is what would allow you to power something farther away like your TV or stereo on that room divider in the warehouse. The original source isn’t going to radiate hard enough to transfer power over the several feet between the wall and equipment, but by staging repeaters along the way, this could, in principle, be possible.

WiTricity also combines their resonator with a Bluetooth LE (BT-LE) side channel for communication between the charger and chargee, but that isn’t a required feature. It does allow discovery features (like activating the resonator only if paired with a device) and other tailoring of the charging characteristics. In fact, the so-called “vampire” power of a charging system – the power consumed when the charger is plugged in but not charging anything – is largely dominated by the small amount of power required for an occasional BT-LE ping; it falls within California’s standards.

One obvious question is, what frequency to use for the oscillating field? This turns out to be an important consideration. The varying field can cause heating in local metallic elements, and lower frequencies heat things up more than high frequencies do. So WiTricity opted for high: 6.78 MHz. (This isn’t as high as the frequency of the microwaves that others are trying to harvest…) This frequency lies in an unregulated industrial/scientific/medical (ISM) frequency band in the US, so it means that this equipment isn’t subject to FCC certification.

They’ve built a demonstrator that charges two AA batteries using NiMH chemistry. But the overall concept is broad: frequency, battery chemistry, and physical form factors can, in theory, vary widely. Lower frequencies require more attention to the metal, including possible shielding (which can cause some loss). And WiTricity’s business is not in selling specific units, but rather in licensing and enabling others to successfully implement and deploy the resonant technology, so they have no specific reason to lock in any voltage or chemistry or frequency.

To help with proliferation, they’ve created a software-as-a-service tool called WiCAD. It allows the design and simulation of different configurations, taking into account materials, shapes, wiring, coil configuration, shielding, and other parameters. Designers can use this to tailor the overall resonance concept to their very specific application.

Of course, it’s impossible to think about the transfer of power across distance without suggesting some early 20th-century ideas about transporting electrical energy wirelessly instead of through a wired grid. In fact, what we’re talking about here is different. Those grand ideas involved not the transfer of a little bit of power via a magnetic field over a moderately short distance; that was about wireless transmission over long distances (even bounced off the ionosphere, apparently).

Here’s my understanding of the fundamental difference. WiTricity’s technology relies on the fact that the E-field is largely localized between the capacitor plates, and the B-field extends to the items being charged. This holds under “near field” conditions. But at long distances, under “far field” conditions, the E- and B-fields cohabitate. There is potential for… things to go awry if we wander around in the presence of such strong fields. (If cell-phone haters are concerned about cell phone radiation, imagine how they would react to large-scale wireless power transmission…)

So, to put that question to rest, no, this does not begin the realization of Tesla’s grand vision.

This technology is currently at an early commercialization stage. WiTricity has demonstrated viability through the reference design, and tools are available. Licensing is now the name of the game for WiTricity. Standards are also being worked: as many as three of them for consumer devices (plus others for things like cars). If the uptake is good, then WiTricity – which claims to have patents that cover pretty much any implementation of resonance – should be in an enviable position.

But discussions with some of those other folks raise other interesting questions that merit a follow-up discussion. Questions about the assumptions regarding efficiency and such. Even questions about whether WiTricity was really the first to develop this. So we’ll continue this tale soon.