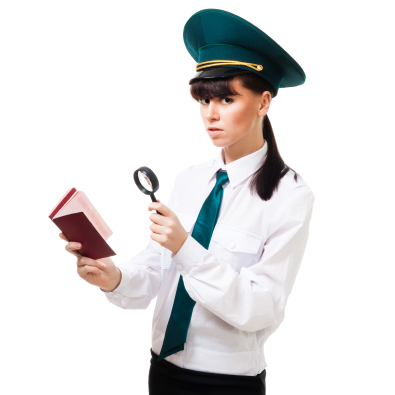 A New Step, Championed by Atrenta
by Bryon Moyer

The concept, “High risk, high reward” doesn’t hold with semiconductors. Heck, we have an entire industry built on the notion of risk reduction: EDA. EDA tools are enormously expensive to develop and are therefore expensive to acquire by the user.

There’s only one reason someone would spend that much money on tools: because it’s going to prevent even more gargantuan losses if something goes wrong with the chip.

OK, granted, much of what EDA is about is productivity – just try cutting a few billion transistors out of rubylith and see what that does for your carpal tunnels. So, really, it’s the 70% of EDA that’s about verification that we’re really talking about here.

Silicon used to be the ultimate verification. It still is with MEMS, for the most part. But for chips, we’ve managed to change the silicon step from “verification” to “validation.” All those tools do the verification part with the expectation that a thorough checkout of final silicon will confirm the verification outcomes.

But that means that, before the final commitment to masks, someone has to give approval that everything that can be checked and verified has been checked and verified. And that those items have either all passed or been waived. No stragglers, no stowaways, no surprises.

Hence the concept of “signoff.” The very term conjures up a “stuff just got real” image. You can play around all you want with tools, but if it’s going for signoff, and if your name is going to be on the record, then it’s serious. Early tools may estimate this or that, but at the end, in order to achieve “signoff” quality, estimation time is over: it’s time to be accurate, even though that means more processing time. Measure twice, cut once.

This concept of signoff has been around for a long time – simply because it occurs at the end of the EDA tool flow. You can change the EDA flow all you want – new tools, new algorithms, completely new paradigms – and it doesn’t affect signoff (conceptually) because signoff happens after all of that. Doesn’t matter how you got to the endpoint: once there, things better be right.

Of course, the productivity side of EDA tools comes partly from automation. Take something that a human could do but would take too long to do and would probably make mistakes along the way; have a machine do it instead. It gets done faster and with no (or fewer) errors. That allows abstraction, pushing human involvement further up the chain. For digital chips, the real design work doesn’t happen at the transistor level; it happens at the logic – or even IP – level.

Between logic and transistors is a series of tools that unpack the abstracted design and turn it into a real, physical design. This involves turning behaviors into logic and logic into gates and gates into transistors and wires. In theory, tools can do that perfectly. In practice, part of the verification job is about confirming that the tools worked correctly.

The better those tools work, the more tempting it might be to push “signoff” even further up the chain. Rather than signing off after the tools are all done, if we have enough faith in the final tools, we could sign off at some earlier stage, knowing that the trusty tools will carry forward our more abstracted instructions unerringly.

Of course, although this might get tossed out as a future goal someday, no one is suggesting we’re anywhere near being able to do this today. There’s too much time still being spent tweaking layout for timing, getting power levels down to where we want them, making sure signal integrity is good, confirming that the power grid is robust. You know; all of those real-world physical issues that tend to get lost in the convenience of abstraction.

But, in fact, all of this work that has to be done at the physical level has provided motivation for a slightly different signoff notion: by confirming that the abstracted design is solid, significant amounts of time can be saved from the backend efforts. If all the timing constraints are in place, if all the power intent has been properly described, if all of the requisite assertions have been specified, then the follow-on work can proceed much more quickly.

If not, then you’re going to end up cycling back to your RTL numerous times, filling in the blanks and searching out the missing information.

Hence the current push for “RTL Signoff.” While I’ve seen mentions of it on something of a limited scale by Real Intent, it’s Atrenta that appears to be the primary advocate. And, naturally, it requires things that Atrenta’s tools do well.

Verification steps can, to some extent, be divided into two main categories. The obvious one is, “Is the design doing what it’s supposed to do in the time it’s supposed to do it?” But when we’re still at the abstract RTL level, we can know if the logic works as expected, but not the true performance – we haven’t laid it out yet. We can estimate, but not with signoff accuracy. So this type of verification is hard to do at the RTL stage.

The second type of verification is more about making sure all the boxes are checked and that all required information is in place. Not only is this doable at the RTL level; it’s particularly useful there. All of the follow-on processing steps will rely on the instructions provided at the RTL level. Of course, the behavioral description is the obvious one. But more importantly, how fast does it have to be? What are the power requirements? Are there different voltages and sleep requirements for different blocks? Before we generate tests, do we know that the thing is testable?

All of this information informs everything else that follows, so if it’s correct and complete, you save yourself some time. If it’s incorrect or incomplete, you’re likely to come back for another round.

Atrenta’s tools fit this second verification category very well. And so, as they discuss the value of RTL signoff, it’s easy to get the generic signoff requirements confounded with Atrenta’s specific tools. But Atrenta will willingly allow that this concept isn’t tied to their tools. Even given their packaging all of this together into an RTL signoff tool package, a user could substitute someone else’s tool for, say, clock domain crossing checks, and it would be fine.

So, from a generic standpoint, what are those functions that should be held to account for RTL signoff? Here is Atrenta’s opinion about the critical items:

In the context of Atrenta specifically, these checks happen through a variety of tests embedded in their SpyGlass, GenSys, and BugScope products.

It is possible that someone else might come up with a slightly longer or shorter list than this. But if the concept of RTL signoff gets watered down to a marketing slogan that varies from company to company, meaning for each company only what’s convenient for them, then it loses value. So Atrenta is engaging in discussions with groups like Accellera and Si2 to see if the industry can come to agreement on a standard set of requirements for RTL signoff.

If that happens, then we’ll add a second critical barrier to our EDA flows. Yes, a barrier is not usually something that sounds like a good idea. But if, by erecting this new barrier, we can get more quickly and reliably to the ultimate barrier before tapeout, it might not be such a bad thing.

If or when this notion is taken up and standardized more formally, we’ll follow up here to see how it all shook out.