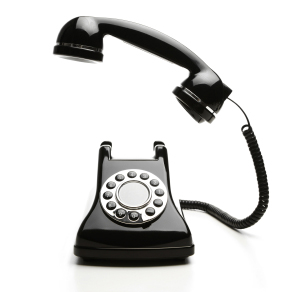 I am an intense follower of technological trends.

But, I can’t tell you when the 8-track tape died – probably not even within a decade. I don’t know when the last dial telephone left our abode. I really have no idea when the points-and-condenser distributor went the way of the dodo, or during what year the final line of FORTRAN was punched into the last card. I couldn’t even make a good estimate of when the last non-novelty VCR was sold, or when the laserdisc finally went forever out of production.

New technology arrives in our lives with a bang and departs with a whimper. The long tail of obsolescence lulls us to sleep as once-innovative bright ideas fade slowly to black. One day, a device seems an indispensable part of our day-to-day lives, and, another day, we notice that we haven’t seen or thought about one in a very long time. There is no press release, advertising campaign, or breaking newscast announcing the departure of doomed inventions. People do not camp out and line up around the block in hopes of being the first to experience the end of an era.

FPGAs have been with us for the better part of three decades now. As electronic engineers, we see them everywhere. They are as ubiquitous on circuit boards as fax machines and typewriters in offices. It’s hard to imagine doing a digital design without one. The FPGA is our digital duct tape [link]. It’s our do-all, catch-all, connect-anything-together, fix-the-last-minute-oversight, future-proofing, standards-hopping, jack-of-all-chips.

In other cases, a technology’s niche gradually gets smaller and smaller until it can no longer support life. Vacuum tubes didn’t just jump out of the way of the transistor. There were many applications where tubes were the go-to solution, even though transistors had long been featured on the engineering menu. But, the tube category of problems slowly and quietly shrank until one day there was nothing left except longing luddites languishing in their alternate audiophile realities.

Finally, some technologies evolve so much that they become something else entirely. The name becomes merely an anachronistic throwback – a nod to the heritage – the history that brought us to the fabulous present. The globally-connected supercomputers that most of us carry around in our pockets have almost no relationship with the clunky electromechanical, wired creations of Bell, but we quaintly still refer to them as our “phones,” even though making voice calls is rapidly becoming one of the least-used capabilities of the devices which also serve as our personal GPSs, still and video cameras, music players, movie viewers, and game consoles.

FPGAs probably fall into this latter category. It’s hard to say exactly when these showcases of semiconductor technology lost (or will lose) any visible connection to the modest rows and columns of LUT4 cells that we lovingly labeled “Field Programmable Gate Array” thirty-ish years ago, but the time may well be nigh. A heterogeneous-computing system-on-chip that packs multiple 64-bit gigahertz-class CPUs, megabits of memory, piles of peripherals, thousands of DSP accelerators, warp-speed serial interfaces, and armies of analog blocks into a package with a four-digit number of multi-purpose IO pins would be a modern marvel – with or without some handy LUT fabric included in the mix. Most of what we used to have on our system board is now inside the chip. The FPGA is in there somewhere too, but the LUT fabric itself takes on the duct-tape role in the SoC just like the old FPGA did on our board. It’s not the star of the show – just a handy extra feature to help us connect all the cool parts.

The companies that make these things have already begun distancing themselves from the legacy term. Interestingly, niche-player QuickLogic may have been the canary in the mine – testing the terminology change by re-branding themselves – an FPGA company no more – now in the “CSSP” business. Others started introducing new terms as well – broadening their portfolios and using other, perhaps more appropriate words rather than trying to stretch the definition of “FPGA.” The transformation really got traction, however, when industry leader Xilinx made a noticeable shift. Now, Xilinx is an “All Programmable” company, and FPGAs are just one of the things they produce. Although it has loads of LUTs inside, the company has always carefully steered clear of referring to their Zynq devices as FPGAs. “Extensible Processing Platform” is the preferred moniker for an FPGA with a processor inside, (or is it an SoC with some LUT fabric in it?)

Altera has held steadfastly to the sanctity of FPGA-dom longer than perhaps any other notable industry player. Maybe the long and bitter legal battles they fought in order to gain the rights to use the term in the first place are programmed into the corporate psyche so deeply that the mere thought of voluntarily abandoning the spoils of that long-forgotten war is simply unconscionable. Unlike Xilinx, Altera refers to their ARM+FPGA devices as “SoC FPGAs” – a mostly-marketing move that speaks to the target audience they are expecting to attract. Xilinx apparently hopes and expects to sell these new devices to fresh, SoC-buying folks who would also be considering Freescale, NXP, or TI chips to run their ARM code. Altera probably believes that the crowd will be mostly comprised of people who are already FPGA literate. It isn’t clear at this point who is right or which audience will ultimately arrive at the show. The presence and absence of “FPGA” speaks much more to the marketers’ hopes and expectations than to the engineering world’s adoption of the devices.

The tea leaves are telling, however. FPGAs are evolving – evolving into something much better and different – more powerful, more useful, more complex… but far less “FPGA.” Whether the label remains as an unintentional tribute to the heritage of the technology – or whether the rhetorical rheostat quietly cranks our cultural awareness of the term down to zero – remains to be seen.

7 thoughts on “Are FPGAs Dead?”