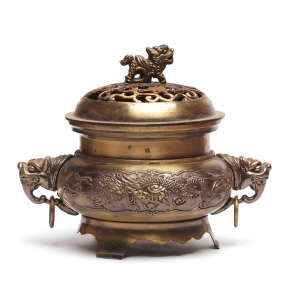 Taking Sensors to a Trillion

You’ve probably all attended one of these meetings. A high-ranking person in an organization wants to make a strategic change or raise the priority of some neglected issue or otherwise alter how things work. But in a post-Dickensian world, he (yes, it could be a “she,” although, as yet, it largely isn’t in our overwhelmingly male industry, and the “he-ness” has implications) can’t just legislate by fiat.

No, he must call a meeting with at least one level of lieutenants below him. And, together, they’re supposed to have a reasoned conversation that yields the conclusion that the leader wants. The answer is already known; it’s about giving that answer an aura of greater democratic legitimacy than simply, “Because I said so.”

This is subtly different from the once-popular concept of “nemawashi,” where the real work of a meeting happens before the meeting. In many of those cases, there is a question to be answered, and the answer isn’t predetermined by the leader. But diligent pre-work by the teams gets everyone on board to an answer, and then the meeting serves to present those results. The purpose of working the decision ahead of time provides harmony within the meeting. If the team agrees on an answer – any answer, then things can move forward.

Yes, I said, “Dad.” Because in so many of these situations, there’s this feeling of patriarchy. It’s like the leader represents one’s father, and everyone wants to make Dad happy, to be a good son or daughter. And Dad tends to be somewhat distant and uncommunicative – unlike Mom, which is why I somehow see this happening more with male leaders than female (and hence my defense of “he” above).

Such meetings can also happen in the absence of explicit organizational hierarchy. When a highly-respected member of an industry calls together a group of other industry luminaries (typically less luminary than him- or herself), it’s not unusual for the desired outcome to be evident in the meeting description and for all presentations and contributions magically to line up with the intended result. In other words, it becomes a love-fest. Replete with fawning and hero-worship. I (and, I suspect, many of you) tend to view such outcomes as suspect.

Fairchild’s Janusz Brykek is a very well-respected member of the MEMS community. I met him only recently, when introducing him at ST’s recent technology Summit. The week before last, he hosted a conference called TSensors. The “T” stands for “trillion,” and the topic is about getting MEMS sales to achieve some kind of “trillion.” It was an ambitious three-day schedule involving 50-odd presentations (fortunately, not 50 odd presentations) in rapid-fire succession. Unlike most such conferences, it had, on the last day, time set aside for working groups to generate results.

I should start by saying that we at EE Journal think this is a useful conversation; in fact, we were one of the media sponsors. Even so, I always give voice to a skeptical side that, in this case, had me wondering how this was going to work. Was there going to be a Right Answer, with presentations included only if they supported that Right Answer? And, as the meeting assembled and I watched various people greet Mr. Bryzek with obvious respect, and as laudatory presentations commenced, I thought, “Oh my… is this going to be a love-fest?”

Which raised an obvious question: what was his goal, anyway? The concept of a trillion sensors or a trillion dollars’ worth of sensors had been broached last year. Also at that time it was unclear whether the trillion would be units or dollars. Greg Galvin of Kionix did a quick back-of-the-envelope number-crunch that showed that $1T in ten or so years was unrealistic when compared to the global GDP.

So was this an effort to push beyond that annoying little factoid? I asked Janusz specifically what he was looking for as an outcome to the meeting, especially since he would be directing working groups to produce… something. What was that something?

That something is a roadmap to accelerate the ramp in sensor production. To take what might have been a 20-year ramp and make it happen in 5 years instead. What kinds of technologies would be needed? What kinds of cost targets would be required? How might the industry need to work differently? They would look at something around 100 applications and, from those, identify 10 sensors to concentrate on. (You can hear him discuss the event himself on a recent Friday Fish Fry podcast…)

As the presentations started, the issue of dollars wasn’t avoided; it was addressed up front. Janusz himself included it in his introductory remarks. It’s easy to come up with scenarios delivering trillions of sensors. Heck, I attended on the day that focused on healthcare, and Case Western’s (and West Wireless Health Institute’s) Mehran Mehregany pointed out that a billion people taking one internal disposable health-monitoring sensor per day immediately gets you to 365 billion sensors a year, 1/3 of the targeted trillion, with a single application.

But then you have to square that with economic reality. While last year, Kionix raised the question in terms of global GDP, this year another Kionix representative, CTO Timothy Davis, noted the typical margins that standard parts afford, and they leave about 15% net margin from which R&D must be funded. That’s not a lot in an industry that needs lots of R&D.

He also ran through how elasticity works – the fact that volumes increase in response to lowered prices. But that’s a good thing only if the volume increases by more than the price is decreasing – which is never guaranteed.

So the question that’s really being asked here is the one asked specifically by Janusz: “Can we afford this?” We can argue that sensors can find billions and trillions of homes, but if the cost of those sensors collectively doesn’t square with the amount of available money, then the answer would be, “No, we can’t afford it.”

But there’s another conclusion that you can draw: if we want to ship a trillion sensors but we can’t afford a trillion dollars to do that, then the only way we will ship those sensors is if they cost less than a dollar each. Far less than a dollar. And that becomes the real goal: getting the costs down; it’s what drives the roadmap. 3D printing and roll-to-roll production were mentioned many times. Even on the first day, one outcome was clear: if this is going to happen, it won’t be with silicon. It’s got to be something cheaper.

I mentioned that I entered the event with one skeptical ear open. In particular, I was watching to see whether all of the presentations dutifully led to Dad’s desired conclusion. And I was happy to see that they didn’t. There was critical analysis, there was healthy skepticism, and there was data that did not always support a trillion-sensor outcome. (All presented in a constructive manner.)

Some offline pronouncements – like the fact that MEMS players must start standardizing process technologies for this to happen – are likely to meet with strong resistance. Reactions to my recent piece on two attempts at semi-standard process modules strongly condemned as over-simplistic any goals to unify MEMS processing.

By the end of the day, it was clear that this wasn’t a love-fest. There was love, but it wasn’t the key driver. Was the roadmap delivered? We won’t know that yet. Janusz plans to take the results of the working groups and synthesize them into a roadmap (ITRS-style) that will identify key roadblocks and goals for removing them. That will happen over the next weeks and months. When we learn more, we’ll update you.

That aside, even though I was there for only one day (since the event conflicted with the Interactive Technology Summit, also full of interesting useful stuff that we’ll talk about), it was pretty mind-boggling to sit through a day-long series of 25-minute presentations. You could see that people’s juices were flowing based on the ideas up on the screen. If nothing else, it was an interesting immersion into the cauldron of possibilities – letting us bob into the air just frequently enough to keep breathing. (And the last presentation ended less than 10 minutes late – pretty amazing time management.)

It’s not for me to say whether such stimulation by itself is worth a three-day conference. But you could do a lot worse than having dozens of technologists walking out with new ideas brewing in their heads… And if a cogent roadmap comes out and is well received, spawning ongoing follow-up events to track progress and update forecasts, well, then it was definitely three days well spent.

2 thoughts on “Taking Sensors to a Trillion”