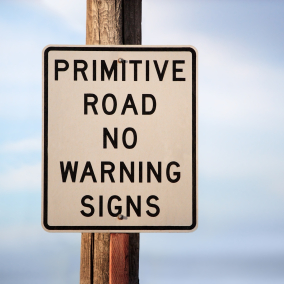 Digging In the Irony Mine

Everyone Does Dumb Stuff; Some Profit From It
by Jim Turley

My neighbor’s car was parked by the curb with the engine running. Which was odd, because he wasn’t inside it. Here was his empty car, parked and locked, but idling. Five minutes go by. Ten minutes. Almost half an hour passes, and I’m beginning to wonder if he even remembers it’s out here.

Fortunately, he popped out of his front door a short time later, so I called over to him, “Hey, you left your engine running!”

Forgive the moment of cognitive dissonance, but it took me a few heartbeats to grasp the connection between “idling automobile” and “dead iPhone.” Then it struck me.

“Seriously? You’re charging your phone with your car?”

“Yeah, my wife is using the wall adapter, so I needed to charge mine with the cigarette-lighter adapter in my car. It works pretty well. Takes about an hour.”

Join me for a moment to savor the irony, because my neighbor’s car is a Prius. A gas/electric hybrid vehicle whose sole purpose in the world is to save gasoline. (If he’d wanted a normal car, he could have bought a Toyota Corolla, which is exactly the same as the Prius but with a normal engine and a $10,000 cheaper sticker price.) Yet here he is, burning said gasoline to fuel an internal combustion engine, which turns an alternator, which generates DC current, which pumps out a few measly milliamps to charge his phone. He’s discovered the world’s most inefficient self-propelled two-ton wall wart. That seats four.

The funny thing is, I totally understood his logic. Who hasn’t left the car running in the driveway until the song on the radio is over? It might have seemed less bizarre if he’d had some behemoth SUV like a Hummer H2 (a Chevrolet Suburban in a Halloween costume) – but a Prius? It’s enough to make Philippe Cousteau’s head explode.

I’m as irrational as the next guy. I’ve been known to order a double cheeseburger with a side of onion rings – and a Diet Coke. This absurd inconsistency did not go unremarked by my tablemates. I’ve seen people complain about the dire, terrible, health hazards of asbestos while waving a cigarette in one hand. Downloading a 10-second ringtone costs $2.50 but the entire song is just $0.99? Who makes this stuff up?

Not engineers, that’s for sure. It’s the marketing people (bless ’em!) who put rationality to one side and figure out what the customer actually wants. As m’colleague Bryon Moyer pointed out just last week, there’s a big difference between “the customer” and “the person buying the product.”

Similarly, there’s a gulf between “what the product costs” and “what the product is worth.” There is no causal relationship between cost and price. That’s engineering thinking. Technical people tend to think, “Okay, it costs me $500 to make this product, so I’ll mark it up by 15% and sell it for…” As Mister Spock might observe, that’s two-dimensional thinking. And it has no place in today’s multidimensional marketplace. That’s what we have marketing people for.

Marketing people (good ones, anyway), look at what the market will bear. If people will pay $2.50 for a truncated ringtone, then you’d be foolish to charge anything less. (Besides, most modern musical themes barely last 10 seconds anyway.) Streaming movies on Netflix costs as much as shipping shiny DVDs through the mail, yet the overhead cost to Netflix is almost nil. So what? It’s worth the same to the customer, so charge them the same.

In our industry, software often costs more than hardware. How can that be, given that software has almost zero incremental cost after the development phase? Hardware is, y’know, real. It has a fixed per-unit cost. You can’t just give it away, unlike software. The same goes for intellectual property (IP) licensing. There’s no incremental cost, yet IP licensees pay big up-front fees followed by ongoing royalties, all for the privilege of sharing in some secret knowledge. In any other business, we’d call that “teaching.”

A recent psychological study showed that volunteers (i.e., people working for nothing) were both happier and more productive than their peers who were paid a nominal fee. In fact, the volunteers were insulted when offered payment, and their productivity dropped afterwards. The paradox arises from our concepts of value and fair trade. When workers are offered compensation, they work only as much as they think their compensation is worth. On the other hand, if they’re offered no compensation at all, they work as much as they like, and they value their work product differently. This results in an “uncanny valley” of compensation: either pay your workers a lot or not at all. The perception of low wages is actually worse than no wages at all.

Irrational? Sure. Normal, widespread, and consistent across cultures? You betcha.

Paying employees a bonus based on the company’s share price isn’t very effective, either, and it’s less effective the bigger the company gets. The reward for long-term growth (an increase in share price) is smaller than the reward for personal short-term gain (stealing office supplies).

Incentives based on performance can actually be counterproductive. We’ve all seen the “wrong” person get a big bonus and muttered darkly about the “real reasons” for his/her selection. Unless you’re doing quantifiable piecework, the criteria for picking a winner will seem arbitrary. It’s like watching a rugby match (or fill in your least-favorite sport here): you know there will be a winner, but you have no clue who it will be, or why.

The same is true in the executive offices, where you’d expect the compensation to be more than adequate for any mortal. Upstairs in “Mahogany Row,” where the bonuses are large and the stock options are generous, it becomes increasingly tricky to motivate this supposedly self-motivated group.

The key ratio for incentives is luck:work. That is, if the bonus is determined 100% by luck (a lottery), nobody will work very hard toward it, no matter how big it is. If the bonus is 100% work (production, filing, digging ditches, etc.), then even a small one can motivate people. The larger the luck component, the larger the bonus needs to be. If the ratio is, say, 5% work and 95% luck (upper management), then the bonus has to be quite large to be effective.

“The more grotesque your boss’s pay and the less work he does to earn it, the more you’ll want his job,” says economist Tim Harford. The boss’s pay isn’t really to motivate him; it’s to motivate his underlings.

Well, unless you’re an engineer. Then you try to figure out how to jump-start a Prius from a cellphone battery.

2 thoughts on “Digging In the Irony Mine”