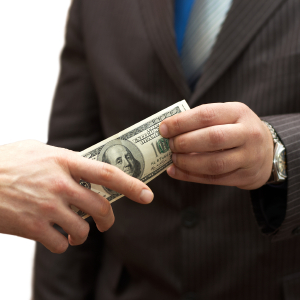 Just Who Is the Customer?

If You Think It's You, Think Again
by Bryon Moyer

Successful products are all about making customers happy. Or perhaps about fulfilling a need – I don’t know too many people that are happy each time they fill up at the gas station. But consider it a relative thing: if a market is competitive, then the players have to find ways to make you happier than the other guy will. That could mean that customers think you suck less than the other guys, but it’s something.

Should be simple, right? Figure out what makes your customer tick and then leverage that. But what should be simple got more complicated for me last year as I was talking to a couple of different companies working on gesture recognition. One of them was focused on what smartphone and computer users would want. The other never made one mention of the actual user: they were focused on what the cellular providers want. Why did they have such different views as to who the customer was?

Increasingly, we’re not buying products outright so much as we’re buying (or “licensing”) platforms for services. That means that the platform “owners” (and you thought you owned the platform just because you paid for it?) get to control what you get access to. If some company wants to sell you a service on the platform, then they might need to make you happy, but they definitely need to make the platform maker happy.

Actually, calling it a platform “maker” isn’t really accurate. In many cases, it’s not about the hardware; it’s simply about controlling the flow of content. The nice thing about old-school computers is that you buy the computer and then you put anything you want on it. Software and peripheral makers market directly to you because you make the purchase decision outright.

That changed with both the cellular industry and Apple. Increasingly, if you wanted in on Apple turf, you had to make Steve Jobs happy (or his minions – as the stories go, if he wasn’t happy, then they weren’t happy). Whether you as the end user are happy became secondary, because if Steve didn’t like it, you had no shot at liking it. Oh, and he gets his 30% too.

Once you’ve made the gatekeeper happy, then you still have to make the end user happy so that they will choose you (now that they can). But a bigger win comes if the gatekeeper decides to put your product on the platform and charges everyone for it. Then the end user has no choice. That distorts the market in that the winner might not “maximize the user’s utility,” but rather maximize the service provider’s profit – even if the end users might have made a different choice, given the chance.

For example, when you buy your smartphone, you’ll probably find a number of pre-installed apps. If you’re generous, you might view that as a good thing – you get access to useful stuff without the hassle of finding and installing the app, and it’s included in the price of the phone. But what if you don’t use the app? Ever try to uninstall it? With some of them, you simply can’t.

Big deal, you say. So it’s on there; it’s not hurting anyone. But then you have to keep updating it. With some apps you can ignore the updates; with others you can’t. You WILL have this app and you WILL update it. That’s the deal. You don’t like it? Too bad; you have no say.

In that case, you’re not overtly paying any money for it, so it’s easy enough to sigh and say, “Baaah ram ewe,” and move on with life. It would be different if you were forced to pay for it even though you didn’t want it. It seems like that would be a tougher model to ram down people’s throats.

Or is it? Of the 500+ cable channels you have, how many do you watch? What if you could select only the channels you want? This has been debated for years; it’s referred to as “a la carte.” It’s in the news again with CBS and Time Warner at loggerheads over how much CBS should be paid for their programming; going a la carte was tossed out as one option.

And it was immediately rejected as a non-starter. Cable companies and content providers don’t like a la carte. ESPN is given as the prime example, since it’s a high-value channel (or family of channels). Tons of people don’t watch ESPN, but ESPN gets paid for every person that signs up for cable – whether they watch ESPN or not.

This entire business model is not built upon your choices as a consumer; it’s built upon being able to charge for all kinds of things that you don’t use. Imagine going into a hardware store to buy some nails and getting charged for a table saw whether you need one or not. The argument would go, “We can charge less for our nails due to the table saw revenue.” Sounds ridiculous, right? Well, that’s exactly the logic being used for cable.

And cable will fight for this. Why? Because it’s a sweet deal for them. Not for you.

There’s a similar thing going on with cell phone services rounding up calls to the next closest minute (not legal in Europe, or so I’ve been told). Given the number of short calls, imagine what would happen if they could charge only for the time you actually used: revenues might tumble. Which means that these businesses are largely built on the ability to charge you for stuff you don’t use. (Granted, the prevalence of unlimited-minutes plans reduces the impact of the by-the-minute accounting now more than it used to.)

The impact of this becomes striking when you look at the example of HBO. How much does HBO cost? I just checked the cable company in my area, and you can add HBO for $10. Absolute bargain. But it’s not that simple. Because in order to qualify to order HBO, you have to jump up a tier or two on your cable. I haven’t run the numbers in a long time, but I know that in the past, I would have had to spend around $50/month more just on cable before qualifying to order HBO. So for me, HBO would have cost around $60/month. Not such a bargain.

Of course, now we have the internet as an alternative to TV, and, in fact, I don’t even subscribe to cable TV anymore. And HBO has their Go channel online, so now we can bypass the entire TV thing, right? Nope: in order to watch online, you have to have a cable subscription. Why? Because we as customers want that? No, hardly. It’s because they’re trying to keep the cable guys happy. So, since I’m now not a cable subscriber, getting access to HBO online would mean subscribing to cable first at the top tier – I’m guessing that’s on the order of $100/month to watch internet TV. Not a bargain at all.

Social media works in similar ways, depending on the platform. You probably won’t find a lot of people arguing that Facebook is trying to make their users happy as their primary concern. Given the repeated way in which they’ve generated user ire, it’s clear that they’re somewhat tone deaf when it comes to user desires. It’s a secondary consideration.

Google is similar: they’re everywhere, and occasionally you’ll scratch your head wondering why something works some particular way. And the suspicion is always that they have their own agenda, and we are but pawns in that agenda. (Damn, I’m gonna start sounding like I belong to the RCYB here if I’m not careful… except for the Youth part…)

This is a different version of “You’re not the customer,” where our choices are specifically about enabling other revenue streams, not about what we specifically want. Of course, for companies like Facebook and Google, it’s hard for us to argue that we’re the customer. After all, we didn’t buy anything because the services are free. So it is reasonable to suggest that we’re getting what we pay for.

But this can extend to paid items as well. Your Android phone? You paid for that. But you are still part of the Google machine at that point. You don’t get so much of a say in how the phone works or how it ties into Google’s other platforms.

I’ve ranted before about the PC/phone sync where all your stuff goes over the air to Google central; they get all your contacts and your calendar as a part of their “all your data are belong to us” policy. There is a way around that using third-party apps, which I have used; it sorta works. But when Nokia came out with their Windows phone, there wasn’t even an API that would allow third-party apps to access the contacts and calendar in the phone. You HAD to have a Hotmail account and send all your stuff through it.

The one exception seems to be Blackberry. I was awaiting the Q10 with great anticipation, and I checked the online forums to see what their sync capability was going to be – I assumed it would be simple and direct just like it used to be. Nope: originally, it was all about over-the-air sync.

But here’s the difference: a ton of people complained. (No, it’s not only me.) And a bizarre thing occurred: Blackberry responded and added direct sync capabilities. I got my phone recently, and I don’t need anything online in order to sync. The difference seems to be that Blackberry is treating me as a customer (in a desperate attempt to remain relevant, presumably) while the other guys do less so.

How is this all relevant to us? Well, we’re all users of this stuff, and often we are the end customer (assuming we paid). So it impacts us in that way: we matter less than we might have in the past.

But, more importantly, we’re making the stuff that ends up in these products, and we have to decide whom we’re supposed to satisfy. All too often it’s not the end customer: there’s some other bridge owner that you have to make happy so that you can cross the bridge, some chokepoint in the environment over which one entity has undue control. For all the chest-beating about “free markets,” such markets are hardly free. And it leaves you having to answer a hard question that should be easy: Just who is the customer?

PS Just as this was getting ready to go to “print,” I happened across the following: “… earlier this year, Google stopped supporting a protocol Microsoft uses for email, contacts and calendars, thus shutting Windows phone users out of Google services like Gmail… in the war between Google and Microsoft, it’s users who suffer the most.”

3 thoughts on “Just Who Is the Customer?”