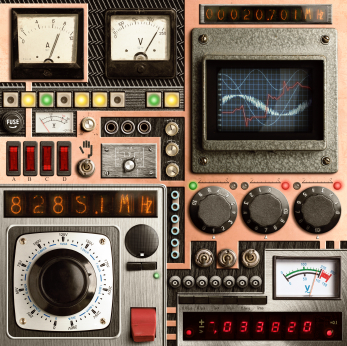 Freescale Gets All Steampunk with Kinetis E

Retro-styled MCUs Go Back to the Future
by Jim Turley

It’s been said that if you just wait long enough, everything becomes fashionable again. Wide neckties, short skirts, vinyl records… they all had their heyday and later came back around into style again. The automobile market has its VW Beetle (it’s not even called the “New Beetle” anymore), the Mini (a front-drive BMW that’s twice as large as its namesake), and retro-styled Mustangs and Camaros galore.

Here in the electronics market we have… Freescale. The motherhood-and-apple-pie maker of microcontrollers for the masses has climbed into its corporate attic, dusted off the old photo albums, and rediscovered the childhood joy of playing with 5V components.

That’s right: Freescale is now making new 5V microcontrollers. And why has this come to pass, you may wonder? Are we running out of 3V silicon? Is there an impending shortage of 3V power supplies? Are wires getting thicker? Batteries in short supply? Power consumption too low? Or has nostalgia overtaken the greybeards in Freescale’s product marketing department?

The answer is E: None of the above. Freescale’s product planners are yet young and spry, and they’ve espied a market niche that was heretofore underserved. To wit: high-volume, low-cost appliances with noisy motors and tiny budgets for components. Think microwave ovens, uninterruptible power supplies, utility meters, air conditioners, white goods, and other electromechanical gizmos that don’t have a big bill of materials for digital tomfoolery. These machines – and they often are machines – generate a lot of electromagnetic interference (EMI) that wreaks havoc with the delicate little wires and small signal swings to which we’ve become accustomed. One mighty whack! of an air conditioner’s starter motor can send confusing shivers down a typical MCU’s electronic spine.

Now, you might think that a grown-up engineer would just shield the MCU and concomitant circuitry from such dilapidations with a metal enclosure, some shielding, or proper ground planes. After all, it’s not as though these are unique problems never before seen in the electronics world. How-some-ever, the aforementioned electromechanical goods typically have very simple single-layer printed-circuit boards with no ground planes at all, and their designers lack the budget to add ’em. Moreover, their physical packaging often forces the PCB to stand cheek-by-jowl with the motors, relays, windings, inductors, electromagnets, and other nasty denizens that expose the digital electronics to some decidedly non-digital radiation.

To combat these plundering depredations, Freescale has upped the voltage on its new line of Kinetis E microcontrollers, applying the laws of physics to its benefit. Raise the chip’s internal voltage and you increase its resistance (as it were) to external insult. In addition to its 5V power supply, the chips also have 5V-tolerant I/O and hefty ESD protection. Gone are the modern 3.3V signal levels; Kinetis E is a throwback to the 1980s when digital components used nothing but 5V and you could debug an entire computer with an oscilloscope and a voltmeter.

And how does Freescale conjure this time-travel trick? You can’t simply decide to make 5V components using a modern 22nm silicon production line. No, this calls for something more… mature. Kinetis E parts are built on a 180nm process – that’s 0.18 microns, if you’re checking your yellowed Clinton-era issues of EE Times – or a good six generations behind the current state of the art. One imagines the company reopening some abandoned Eastern Bloc fab and calling the stoop-shouldered workers out of retirement. Or perhaps they’re made by women in hairnets using X-Acto knives.

In actual fact, 180nm fab lines aren’t that hard to find, and for precisely the reason that Kinetis E exists. Analog circuitry doesn’t scale to smaller geometries the way that digital circuits do, so wider geometries, like wide lapels, are still in fashion in some circles.

In keeping with the retrogression theme, Kinetis E chips come in easy-to-handle packages with relatively wide 8-mil pin spacing. Sadly, there are no through-hole devices, just surface-mount. Nor are they available in Harvest Gold, Almond, or Avocado.

Prices for the new Kinetis E parts will start at just above 75 cents and stretch to a bit over a dollar. That gets you a 20-MHz ARM Cortex-M0+ CPU core, 16KB to 64KB of flash, 2–4KB of SRAM, and 256 bytes of EEPROM. All are available in industrial temperature ranges, naturally. The evaluation board for Kinetis E is so inexpensive that you’ll get a nickel back from your $13. Save your allowance, Timmy, and you could have one by Armistice Day.

For all its old-fashioned period appeal, Kinetis E serves a surprisingly modern market. Ever more mechanical devices are being replaced with electromechanical equivalents, and consumer-focused MCUs just aren’t cut out for that kind of blue-collar work. Yet many of the more venerable 8-bit and 16-bit MCUs aren’t up to the job, either. They lack the computing power, the modern compilers, and the memory space that new devices need. The Cortex-M0 heart beating inside Kinetis certainly brings the software development into the modern era. It’s just the hardware that has to stay rooted in the past. Long live Kinetis E!

9 thoughts on “Freescale Gets All Steampunk with Kinetis E”