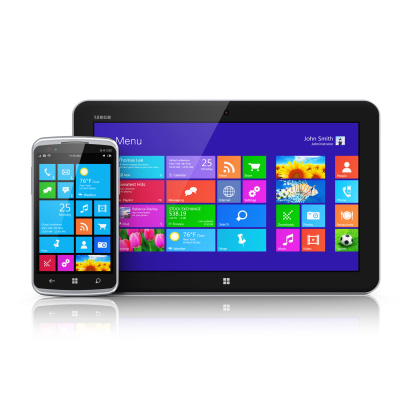 Windows and x86 Belong Together, Like it or Not
by Jim Turley

It’s the end of another fiscal quarter for Microsoft, and time once again to engage in a little game I like to call, “Let’s Beat Up on the World’s Biggest Software Company.” C’mon, it’s fun. Any number can play.

First of all, Microsoft is still making a U.S. Metric Ton of money. The company reported almost $20 billion in revenue – for one quarter. That’s more than $200 million per day fire-hosing into the company’s bank account. Its earnings (i.e., profit) were up 10% over the same quarter last year, and every share of stock got 59 cents more valuable. Nice work if you can get it. And just to be clear, we’re a looong way from the sort of corporate collapse that the haters have been predicting as they rub their hands together with ill-concealed glee.

That’s the good news. The bad news is, Microsoft’s numbers would’ve looked a whole lot better if the company hadn’t taken a write-down (that’s financial-speak for, “we threw the money down a hole”) for all the Surface RT tablets it hasn’t sold. The magnitude of this oops was an eye-watering $900 million. Recall that it was less than a year ago that Surface RT tablets hit the shelves – and stayed there. How do you lose 9/10s of a billion dollars by not selling a new tablet? But hey, $900 million is less than week of revenue, right? Who among us hasn’t lost a week’s worth of work?

The problem is that Surface RT tablets just aren’t interesting products, so nobody’s buying them, leaving Microsoft with a huge and expensive pile of unsold inventory. We’ve been saying this for some time, and we’re not alone in this line of reasoning. I still think Windows RT can be a good and useful operating system, just not for tablets. It’s got more value as an embedded OS than as a competitor for iOS and Android.

The problem with Windows RT in its Surface RT embodiment is that it’s got all the disadvantages of Windows but none of the advantages. To the average buyer at Best Buy it’s confusing as hell. Microsoft gave its own retail employees an extra 15 hours of training on how to delicately explain the difference between Windows RT and Windows 8. Making a product that looks like Windows but it doesn’t act like Windows is borderline cruelty. It’s like building an exit off the freeway marked “Disneyland” that actually leads to a slaughterhouse built over an ancient Indian burial ground on the side of a volcano.

Surface RT tablets were doomed almost from the beginning. For starters, Microsoft licensed the operating system to all of its customary hardware partners – Acer, Asus, Dell, Hewlett Packard, Lenovo, Nokia, Samsung, Toshiba, et al. – and then promptly set about competing with them. “Here, design yourself a tablet around our brand new operating system. While you’re doing that, we’ll be over here in Redmond making our own tablet to compete with yours.” No amount of PowerPoint makes that sound like a good deal. Sure enough, the other “partners” dropped out of the RT-based tablet business. Lenovo stopped selling its RT tablet last week; Samsung bailed in January; Acer, Nokia, HP, and Toshiba won’t make one at all. That leaves the Asus VivoTab, Dell’s XPS10, and Microsoft’s own Scarface, er, Surface RT as the sole examples. And the $900 million pile of unsold Microsoft tablets means there’s a big scrap heap in the making, even after last month’s 35% price reduction.

Even though Surface RT is quietly sinking below the, uh, surface, that doesn’t mean the OS itself is a total loss. Windows RT might still have some life in it. After all, a modern version of Windows that runs on ARM processors might be a good option for embedded designers.  If what you want is the Windows 8 (Metro/Modern style) user interface, networking, file system, and APIs, and if you don’t care about shrink-wrapped third-party application software, Windows RT is still a good choice. The trick, then, is to identify such a hypothetical system.

I think retail terminals, kiosks, point-of-sale systems, and other consumer-facing items are all good candidates. The Windows UI presents a friendly face to users, while the back-end networking, security, and file system make life relatively easy for developers. And Windows-borne viruses aren’t much of a concern because, hey, Windows programs don’t run on RT! A shortcoming becomes a benefit. At last, Microsoft may have created a virus-resistant version of Windows.

From Microsoft’s perspective, Windows RT was a good move. The company had been dependent on the PC business for too long, and they knew the end was near. The obvious next steps were to get into either mobile computing or cloud computing, and the company did both. Windows Azure handles the latter, while RT addresses the former. Offering “Windows” (my quotes) on ARM processors made perfect sense. And it’s not the first time Microsoft has ported Windows to other processors. MIPS, PowerPC, and Alpha all had their chance back in the 1990s. They all failed miserably, but at least Microsoft made the effort to branch out beyond x86-based PCs. Surface RT suffers from all the same shortcomings, and it fails for all the same reasons: same form factor, same usage model, same operating system, just a different processor. That’s not a recipe that works. But change the product, the form factor, and the usage, and you’ve got an entirely different product that doesn’t have to measure up to Windows 8, Android, or iOS.

Instead of being an incompatible variation of Windows 8, RT is really an embedded operating system with a familiar user interface, a broad developer community, and a really good support ecosystem. Put some distance between Windows RT and Surface RT, and Microsoft’s newest operating system doesn’t look so bad.

Anybody got a landfill they need re-Surfaced?

2 thoughts on “Two Great Tastes That Go Great Together”