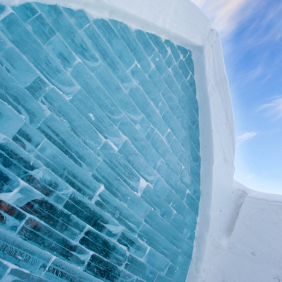 Microsemi’s FPGAs – going all the way back to the Actel days – had some interesting and compelling features and advantages. Because their logic fabric was created in flash, they could do certain things that “normal” SRAM-based FPGAs could not. They had very low power consumption, with almost no leakage. They were non-volatile, so you weren’t required to build extra configuration circuitry into your design. They were more immune than others to radiation effects such as single-event-upsets. And, they were comparatively secure – since one could eliminate the vulnerability of bitstream configuration from the final design.

“Wow!” (We would always think). “Those are some great features! But…”

That “but” usually revolved around the fact that Microsemi/Actel’s devices were small. You could take advantage of all those cool capabilities only if your logic needs were extremely modest. If you needed lots of LUTs, you were out of luck.

Well, those “but” days are over. Microsemi is now in the mainstream FPGA business – and they’re bringing the benefits of flash-based programmable logic to big FPGAs with their new “IGLOO2” family. Remember IGLOO? If so, picture IGLOO, only much bigger. To be accurate, Microsemi is positioning IGLOO2 as being in the “cost-optimized” FPGA market. But, with seven family members ranging in size from 6K to 150K LUTs, we’d call this a mainstream FPGA.

Stacking up against major competitors, IGLOO2 has similar density to Lattice’s ECP3 family (17K-150K LUTs), Xilinx’s Artix-7 family (16K-215K LUTs) or Spartan 6 family (4K-150K LUTs), and Altera’s Cyclone V family (25K-300K LUTs) and Arria V family (75K-500K LUTs). So, by density at least, IGLOO2 is jumping into the thick of a range where every major FPGA competitor has at least one or two of their most important families battling it out.

Looking at the sizes of devices in this range, one quickly notices numbers that would have been typical of “high-end” FPGA devices just a few years ago. The FPGA market has morphed, however. High-end devices used to be “mainstream” when the market was always most interested in the biggest, fastest FPGA that could be built. For years, it seemed that the majority of applications were pushing the very edge of what could be accomplished with programmable logic, so vendors put all their energy into their largest, most capable devices. A couple of years ago, however, that equation changed. FPGAs got “good enough” so that very interesting applications could be realized with mid-range devices, and the new “mainstream” was born. Today, high-end FPGAs still fight for bragging rights in the density-voracious markets like communications infrastructure, but most of the rest of the world has shifted focus down to differentiating more modest devices.

How does this new Microsemi family differentiate itself in such a crowded competitive landscape? Quite nicely, it seems. First, as one would expect, they bring the full complement of flash-based FPGA bragging rights to the table. They rule the low-power side of things (in both dynamic and static power), and they are non-volatile and therefore “instant-on” and independent of external configuration devices. They are also arguably easier to power – requiring fewer voltage rails than their major competitors. In addition, they are inherently more secure, and the company has built in additional security features to capitalize on that fact. And, they are naturally more radiation-immune, so it is easier to adapt them to some categories of high-reliability applications.

In addition to surfing the flash wave, Microsemi has made some interesting design decisions with IGLOO2 that make them stand out for their target application areas. For example, if your SerDes needs are met by 5G lanes – they have given you 16 of them. Competitive devices in this density range typically have fewer than ten. Microsemi has also chosen a higher balance of IO to core logic, so their largest (150K LUT) device has 574 max-user IOs versus 480 for Altera’s similarly sized Cyclone V, and 300/500 for Xilinx’s near-comparable (100K and 215K LUT) Artix-7 variants.

If low static/standby power is part of your game plan, IGLOO2 has a handy “Flash*Freeze” mode that significantly lowers static power. For example, static power drops from 282mW to 45mW with the 100K LUT M2GL100 device when shifting into Flash*Freeze gear. Microsemi claims that competitive devices have static power in the range of 388-560mW.

IGLOO2 also comes with up to four hardened PCIe endpoints, two hardened DDR3 controllers operating at up to 667 Mbps, 240 DSP blocks, 5Mbits of RAM, and a hardened high-performance memory subsystem. There is up to 512K bytes of embedded eNVM (flash) that will come in handy for non-volatile storage of user data such as encryption keys, MAC IDs, and so forth, and embedded SRAM with an aggregate bandwith of up to 2.6Gbps. There are also two hardened DMA engines for managing off-chip embedded memory.

Microsemi has always seen security as one of their key advantages, and they are working to extend that advantage with IGLOO2. While flash-based FPGAs are inherently easier to secure than SRAM-based devices (due to the lack of configuration circuitry required and the opacity of flash’s data retention), Microsemi has taken that further by collaborating with security experts Cryptography Research to make IGLOO2 resistant to sophisticated attacks – such as Differential Power Analysis (DPA) – that have been reported effective against competitive FPGAs. For some applications, security is a trump card, and Microsemi is working hard to own that market. With their background and history in the high-reliability, high-security mil/aero segment, they are well equipped to defend the security title in mainstream FPGAs. On the subject of high-reliability, the company is also offering extended temperature range variants for military and industrial applications.

Tool support for IGLOO2 is provided via Microsemi’s Libero tool suite – fortified with third-party offerings from companies like Synopsys, Mentor Graphics, Aldec, MathWorks, and many of the other usual suspects.

The good news is you don’t have to wait a year for these guys. Tool support in Microsemi’s Libero suite is available now for most devices, and the first device in the family (M2GL050) is available now, with additional family members and temperature ranges coming online over the coming months – through the first half of next year.