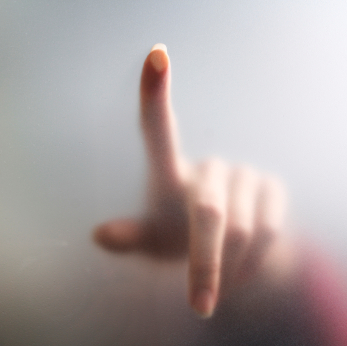 Metal and Ink
by Bryon Moyer

If there’s any pervasive theme that’s come out of our obsession with phones and tablets in recent years, it’s that everyone must want touch technology on everything. (Which, ironically, rules out touch typing unless supplemented with a real keyboard.) We’ve looked at the fundamental technologies before, from the basic to the imaginative, but it’s not stopping there. There are plenty of folks trying to push beyond the dominance of ITO for reasons including expense and the need for indium, the bulk of which (roughly two thirds) is controlled by one country, China.

So here we’ll look at two newcomers. Or almost new. The first comes to us from Atmel, and it’s not quite as new as I thought. I stumbled upon a reference to it in a presentation of their new MaxTouch T Series touch controllers – a random reference to something called “FLM,” and I found very little in the way of public information on it. Guided by the Atmel folks, I was able to dig in further.

The basic idea here is that a metal mesh, if made fine enough, can effectively be transparent. So the FLM – which stands for “fine line metal” – technology does just that: deposits a mesh of copper alloy on a PET film. That mesh can be used as the touch sensor, and it comes with some benefits other than merely the absence of indium (or even tin, for that matter).

First, because this is all metal, it can be wrapped around behind the screen – meaning that more of the circuitry required to manage this can end up somewhere other than the edge. So less of a bezel is required, helping to move towards that goal of multiple screens seamlessly assembled into one giant screen with little in the way of a grid where the screens meet.

Second, because the substrate is a plastic, this can be used for flexible screens. It’s manufactured on flat sheets, which limits the flexibility to bends in one axis (they call it 2.5D). That is to say, as currently manufactured, it can’t be made to conform to arbitrary odd shapes. But even one-axis flexibility can be a big deal (and we have to assume that they’ve done their homework in assuring that the metal doesn’t eventually crack at the bend).

Third, it has lower resistivity than ITO. This makes it more noise-immune. The charging pulse time, during which noise can interfere, is less than half that required for ITO, which also reduces the susceptibility to noise. It also allows its use in larger screens, beyond where ITO can go. And it reduces power consumption.

In addition, this makes the sensor more responsive to quick movements with little filtering. The heavy filters required for ITO can make it too sluggish to keep up with fast handwriting done with a stylus, for example. FLM, by contrast, is said to require little or no filtering.

The specific dimensions that Atmel uses are metal lines 4-5 microns wide with a 70-micron pitch outside the viewing area for routing the tracks.

Now, just as with a previous (unrelated) story, this one may ring a bell for some of you with a good memory and an eye for detail. Because buried in our original article about basic touch technologies is a discussion of a similar technology from a company called UniPixel. They called their technology UniBoss (hella manly) because they achieved the mesh by embossing it rather than depositing it.

Now, Atmel’s FLM technology isn’t all that new; it just came to my attention and was elusive in its details (partly because Atmel is placing more focus on the “XSense” brand that uses the FLM technology). And we discussed the UniBoss technology over a year ago. So are they the same (other than printing process)? I asked Atmel, and the distinction they provided had to do with Atmel’s manufacturing capacity. And the fact that they had already announced a design win early this year.

That got me looking back at the UniBoss stuff, and I was a little surprised at what a Google search came up with. In a press release dated June 1 of this year, the law firm of Ademi and O’Reilly, LLP, said that they’re “investigating possible securities fraud claims against UniPixel Inc.” Getting to the meat of the matter, “Specifically, UniPixel failed to disclose that: (i) its production yield for UniBoss was nowhere near earlier representations of 70%; (ii) no PC OEM partner was interested in helping UniPixel to bring UniBoss to market; (iii) there were no imminent or even near-term prospects for purchase orders for UniBoss, (iv) UniBoss was plagued with product quality issues, and (v) as result of the foregoing, UniPixel had no reasonable basis upon which to make its representations and projections with respect to UniBoss.”

These are, of course, allegations leading to an investigation, and I’m a firm believer in innocence until proven guilty (I know… quaint), but this puts Atmel’s response into perspective. If I may make bold to put bluntly what I’m inferring: Atmel can make them and has customers; UniPixel can’t (with good yield) and doesn’t. I don’t have independent confirmation of that, so any of you thinking of dealing with UniPixel, I’m not trying to talk you out of it. Just sayin’…

I also read through Atmel’s patent, and it felt pretty broad to me – which made me wonder whether Atmel might consider UniPixel to be infringing. As you might expect, Atmel had no comment on the matter.

Meanwhile, on the newer side of touch comes Peratech with their QTC quantum tunneling technology. This is applied as an ink – a “functional ink” to be specific. Meaning that the ink does something more than just sitting there looking pretty. It’s imbued with particles: acicular ones that are semiconducting and spherical ones that are insulating.

Now, the first order of business is to figure out what in the blazes “acicular” means. Turns out it’s a type of crystal formation (or “habit”) that is needle-like. They’re not prismatic, which are also needle-like but have a square-edged cross-section and are less sharp, and they’re not fibrous, which would make them thinner, even bendable. Looking at the SEM of the material, the practical meaning is that they’re little rods.

The matrix that forms with the ink appears to have three important components. The rods provide semiconducting capability; the beads separate the rods and keep them from agglomerating and forming a larger crystal or aligning during printing; and there are voids between them that make the whole thing compressible.

OK, so what? Well, first of all, since it’s an ink, it can, in theory, be printed on anything. But, more importantly, it appears to be exquisitely sensitive to very light touches – so much so that you can put it behind stainless steel or glass (OK, not a huge chunk, but a thin panel), and it will still detect touch. They claim that most other “highly-loaded composites” fail to detect anything below 5 N of force.

Now… I don’t know about you, but I don’t have a good everyday sense of how much a newton is. Well, it turns out that 1 N is roughly a quarter pound, the weight of an apple (I’d mention how fitting it is to equate a newton with an apple, but, alas, I already saw that mentioned in my research, so it’s not a new idea). This means that other attempts at technology like this would require 5 apples before they would register well.  By contrast, the QTC stuff starts to bud at 0.01 N and is in full flower by 0.1 N. That’s 50 or more times more sensitive.

A paper describing their work on this contains much analysis of the possible mechanisms at work. At a gross level, pressure pushes the semiconducting rods together so that they can semiconduct. Digging beyond that, there appear to be two regimes: a low-pressure one, which has a non-linear IV curve thought possibly to arise from field-assisted quantum tunneling mechanisms, and a higher-pressure one, where ohmic processes predominate, leading to a linear IV curve.

Both curves exhibit hysteresis, with the high-pressure hysteresis reversed from that at low-pressure. They identify several possible physical mechanisms involving impurity states and various forms of tunneling; it feels like there’s a lot going on (and that they were still sorting through the details as of publication).

Peratech isn’t manufacturing this stuff themselves; they are licensing it out as IP. They appear to be getting traction with big consumer items: cars and white goods (dishwashers, washing machines, etc.).

So now we have two more ways to incorporate touch into everything. Just in time to have some health department discover that touch transmits disease, and now we need to go to proximity…

Peratech QTC paper (seems to require a login to get more than the abstract; may require payment)