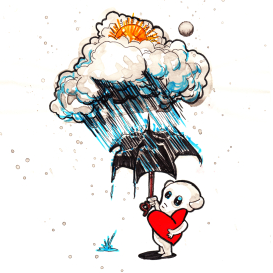 The Worst Possible Choice, Except For All The Others
by Jim Turley

Douglas Adams tells us in Hitchhiker’s Guide to the Galaxy that the Vogons have the third-worst poetry in the galaxy. Thankfully, he never describes the first two. Here on this planet, we’re presented with all kinds of choices, some better than others. This is a busy week for conferences, trade shows, and press announcements, so grab a Pan Galactic Gargle Blaster and let’s get started.

Another week, another new ARM core. Say hello to the Cortex-A12, ARM’s “highest performance mid-range mobile processing solution designed for mobile applications.” As you might have guessed, the A12 sits right between the Cortex-A9 and the A15 in ARM’s increasingly crowded product catalog. It’s faster than an A9 but not as complex as an A15.

The idea behind the A12 is that makers of midrange cell phones needed an upgrade from the A9 without all the overhead of the top-of-the-line A15. (Beyond the A15 there’s only the 64-bit A53 and A57, both clearly overkill for mobile devices.) You can also pair the A12 with an A7 if you want to, in what ARM calls a big.LITTLE configuration. That turns out to be a popular option for mobile and battery-powered devices that can sometimes operate on the A7 alone without firing up the relatively big and powerful A12 or A15. If you’ve got the silicon space, the cash for the additional royalties, and the stomach for distributed multiprocessor code, it’s a good way to go.

If you like ARM processors and you’re feeling generous, the A12 is a terrific upgrade. The company claims a 40% performance improvement over the A9 at the same clock speed. (The company also says the A12 is smaller than the A9, but that’s using a smaller silicon geometry, so, duh). If you’re feeling snarky, on the other hand, you might point out that the A12 is a bit late to the party. ARM’s biggest and most successful licensees in the mobile market (Apple and Qualcomm) have already designed their own A12 equivalents in-house, namely the A6 and the Krait. It’s only the “have not” licensees that can’t design their own cores that will likely use the A12, and it’ll be more than a year before those chips hit the market. “About %&#@ time,” might be their attitude.

In a completely, totally, and utterly unrelated bit of news, a certain microprocessor company that we’ll call ABC (for, uh, Amalgamated British Computing) made a big splash announcing its new on-chip bus.

It’s called CHI, apparently in an effort to appeal to Chinese mystics. CHI stands for Coherent Hub Interface. If only the announcement had been as coherent. For starters, ABC already announced the CHI bus eight months ago, and we dutifully covered it in our October 17 issue. Second, ABC didn’t actually say anything new about the bus apart from – are you ready? – the name CHI. There’s no system specification, no design guidelines, no technical details, no nothing. You aren’t allowed to read the CHI specification because it’s not ready yet, although ABC says it will release technical details “sometime in the future.” So if your next SoC design will begin “sometime in the future,” I guess you’re all set.

Over on the x86 side of the world, Intel is rolling out eight new embedded processors based on its latest Haswell core design. These are pretty high-end chips, so don’t think you’re going to put them in your next Windows Phone device. Three of the eight chips fall into the Core i7 product catalog, two are Core i5 devices, and the remaining three are Xeons. Because they’re Haswell-based, they’re quad-core (and dual-threaded) processors, with relatively (for an x86) modest power consumption.

As official embedded processors, Intel promises to keep these chips in production for “up to seven years,” as opposed to the gnat-like lifespans of its desktop processors. Pedants will point out that “up to seven” can also mean zero years and the chips might be canceled tomorrow, but realistically, they’re likely to be around for a while. Intel has a pretty good track record of keeping its desktop-turned-embedded processors available for 5+ years.

Overall, Intel has been giving a lot of renewed focus to embedded processors and embedded designers. They have to. By all indications, the PC market is going away, and the company’s gravy train/birthright is disappearing with it. There’s a whole big freakin’ division within Intel devoted entirely to embedded processors, and those people aren’t messing around. I expect to see a lot more – and a lot more interesting – embedded x86 processors come out of that company in the future.

Which brings us around to the “other” processors. What’s happening with PowerPC, MIPS, ColdFire, SPARC, and so on? The world looks like it’s increasingly bifurcating, settling on either ARM or x86, without a lot of room for anything in between. Nearly every PowerPC licensee is now also an ARM licensee, and MIPS is no longer an independent company, having been acquired by Imagination Technologies a few months back. (Oh, no, another British microprocessor-IP company!) SPARC is buried inside Oracle, Freescale is all about ARM these days, Silicon Labs is acquiring Energy Micro, combining their two ARM-based product lines, and even x86 stalwart AMD is hinting it might switch to the ubiquitous RISC architecture (there’s certainly no upside for them in the PC business). We’re rapidly heading toward a microprocessor monoculture. Okay, duo-culture.

Is that a bad thing? Or more bluntly, do you even care? Back when we all programmed in assembly language and toggled front panel switches, a microprocessor’s instruction-set architecture was intensely important. Switching processors was akin to changing languages or religion. Now most of us use C, with a few brave souls using more-abstract languages like LabView or UML or Java, so processor idiosyncrasies are less visible and less important. If your current processor family disappeared tomorrow, how much would it affect your development efforts? I suspect most would consider it a minor inconvenience, not a major catastrophe. That’s probably a good thing, in the same way that we no longer care about TTL logic levels. Bummer for the other processor vendors, though. Time to brush up on their Vogon poetry.