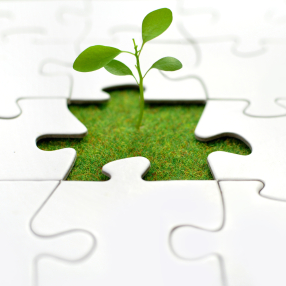 Memory Company Expands to Processors and Analog
by Jim Turley

What two components does every embedded system need? Processors and memory, I reckon. And now Spansion has both.

Most of us know Spansion – if we know the company at all – as a maker of flash memory. Old-timers will remember Spansion as the spinoff of AMD’s flash memory business, but that was a long time ago. Since then, Spansion has become one of the larger flash memory companies, focusing mainly on NOR flash (as opposed to NAND flash).

That’s all fine and dandy, but, as we know, memory is a commodity business. You compete on price and little else. Sure, there are other technical criteria such as write time, retention period, interface peculiarities, and whatnot. But for the most part, you’re in a life-or-death struggle to eke out a penny’s worth of difference from your competitors. Your customers can abandon you on a moment’s notice, and your fortunes are closely tied to those of the up-and-down memory market as a whole.

But microcontrollers? Ah, that’s another kettle of fish entirely. MCUs are “sticky;” they’re differentiated, they’re not commodities, and they command higher margins than plain ol’ memory chips. So Spansion spent $175 million of its own coin to acquire the entire microcontroller product line from Fujitsu. In one stroke, Fujitsu is exiting the MCU business and Spansion is entering it for the first time.

It’s not just MCUs, either. Spansion is also taking over Fujitsu’s analog and mixed-signal product lines, including all the personnel that go with it. In total, Spansion will be adopting about 1100 Fujitsu employees, most of them in Japan. The acquisition also includes about 1200 U.S. patents, 5000 different MCU part numbers, and a lot of customers.

For the financially minded, that $175 million acquisition price includes about $65 million worth of parts already in Fujitsu’s inventory, so the real price for the enterprise is about $110 million. While that seems like a big bundle of cash, it’s actually pretty cheap. Spansion/Fujitsu expects to sell about $425 million worth of MCUs in 2014, plus another $75 million in analog components, so the acquisition price represents barely 10 weeks’ worth of sales. That’s a steal in an industry where most acquisitions go for multiples of annual sales. Fujitsu must have been motivated to sell.

And what’s in it for Spansion? The company seems quite optimistic that its established flash line will nicely complement its incoming MCU and analog/mixed-signal products. Spansion sees a future where MCUs, nonvolatile memory, and analog circuitry all happily coexist on one device, and I tend to agree. Other firms such as Atmel (now Microsemi) have put their efforts behind similar three-in-one strategies, and they seem to be working. It certainly makes sense in concept. What embedded design couldn’t use an MCU, some flash memory, and some analog interface circuitry? The question is, does it make sense in practice?

One factor working in Spansion’s favor is that it and Fujitsu share a lot of the same customers. Both companies are big in automotive, Spansion selling the carmakers memory while Fujitsu sells them MCUs. That overlap will make it easier for Spansion salespeople to get a foot in the door – or a bigger foot, as it were. It’s pretty tough to break into the automotive market, so Spansion’s existing relationships will help the company immensely.

Spansion also sees growth opportunities in North America and Europe. Right now, Fujitsu’s MCU business is heavily focused at home, with 60–70% of its MCU sales in Japan. In fact, few Western designers are even aware of Fujitsu’s MCU product line. (Are you?) As an American company, Spansion sees itself as the perfect envoy to introduce Occidental designers to the wonders of Fujitsu’s MCUs.

For now, the MCU chips themselves will continue to be built at Fujitsu’s fabs in Japan. The deal includes guaranteed space in Fujitsu’s production schedule for as long as Spansion chooses to make chips there. On the other hand, Spansion could also move production to another facility, including its existing plant in Austin, Texas. Or it could make the chips at a third-party foundry such as TSMC or UMC. The company’s recent announcement of its new 40nm “Charge Trap” technology suggests that it will likely go the Taiwanese route.

What’s in it for us? Well, more MCU choices, for one. Fujitsu’s 16- and 32-bit MCUs aren’t likely to topple ARM, ColdFire, PIC, AVR, or any of the other popular MCU architectures anytime soon, nor are they going to appear in trendy new consumer devices. But they are solid and reliable industrial and automotive controllers, with a long product roadmap and a lot of specialized support software. The Fujitsu roadmap includes dozens and dozens of product variations, so there will be a lot to choose from. If you don’t need Windows, Android, or one of the other “big name” operating systems on your MCU, and you’re looking forward to US-based support, the new Spansion product line could be your stealth technology find of the year.