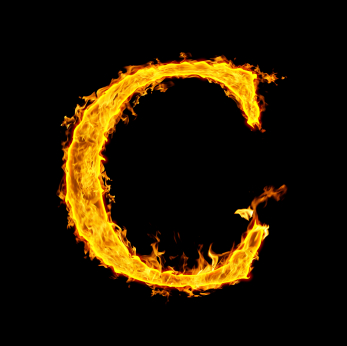 This is a tale that starts out looking like a standard prince-meets-princess-after-a-long-search story. Alas, it’s not as tidy as it promises to be.

Once upon a time, a man named Jobs decided that his phones needed gyroscopes. Being the man he was, no one would question his wisdom (since all were convinced that it was always wisdom and never arrogance or hubris). And so, accompanying an accelerometer and other bits novel to a phone, a gyroscope was duly installed.

It and all of the other sensors in the Jobs phone and those that followed provided rich material to be exploited by clever app writers the world around, and they competed with each other in search of the most creative ways to use these phones.  The ideas far exceeded the expectations of those that originally designed the phones.

But after the initial rush, it was noted that many, many applications were written using the accelerometer, but far, far fewer made use of the gyroscope. It prompted some to ask, in hushed heretical tones, “Is there a compelling justification for gyroscopes on phones?”

Meanwhile, the “phone” usage of said phones became somewhat incidental, as these applications made the phones into versatile personal assistants that could perform many functions besides that of facilitating a real-time voice conversation. In particular, cameras were installed in the same unit, and it became exceedingly common for phones to be used as cameras as much, if not more, than they were used as phones.

Of course, such picture taking typically took place in non-ideal situations. The buttons were slightly awkward in many cases, and execution of common shots like the ubiquitous selfie-while-coquettishly-applying-the-duckface pose proved difficult to manage skillfully and consistently. Even if composition was acceptable, the hand controlling the phone still proved shaky enough to blur the images. While 95% of the lost images were, in fact, no great loss, it was impossible to explain that to inebriated wanna-be photographers that fancied their poses with their besties, as well as those landscape shots highlighting something (we’re not quite sure what), awesome but for this blur.

And it turns out that, if you study this blur in detail, it’s not an out-of-focus thing, and it’s not a back-and-forth or up-and-down thing. As described by representatives from InvenSense at CES (yes, I know, CES was several months ago; still catching up; work with me here), these bits of blur are actually C-shaped: they’re curved. Apparently the way our arm and hand joints work results in rotational, not linear, shakiness. And that rotational jitter could be detected and corrected with the aid of none other than a gyroscope.

It would therefore appear that our prince, the phone gyroscope in search of more to do, might meet up with the princess, the phone camera in need of a gyroscope for optical image stabilization (OIS). (Note: in order to bring this up to date, feel free to replace “prince” with “princess” and vice versa in any combination.)

However, our prince has turned out to be less than a perfect match for our princess, and out of the bushes surrounding the castle wall has emerged a new pretender to the princess’s affections: yet another gyroscope. Why would our stalwart original gyroscope’s earnest affections be spurned in favor of those of another?

It turns out that being a gyroscope isn’t the sole qualification for an OIS application. Our original “generic” gyroscope has been designed, installed, and factory-calibrated to handle a wide range of motions that might be encountered in a variety of applications that would be devised and written after the phone was in the hands of its purchasers. It would effectively become a part of the phone’s user interface.

The needs of the OIS gyroscope are different. The motions that it must detect are subtle and delicate, and it must be calibrated differently in the factory in order to be sensitive to those motions. The generic gyroscope would not be able to adequately detect the shaking.

Even more difficult, the gyroscope must be aligned carefully to the camera lens and housing. The generic gyroscope is not part of that housing. This would mean that a carefully-assembled camera module would be created separately from the gyroscope, and the two would have to be aligned as a part of that process. Such a manufacturing situation would be exceedingly difficult to manage.

Much more effective would be to include a gyroscope within the camera module itself. That gyroscope could then be calibrated appropriately for OIS (a process taking from 20 seconds to 2 minutes, far too long to apply to an entire assembled phone), and it could be aligned during module assembly. That module could then be installed in the phone as a complete, pre-aligned, pre-calibrated unit.

And so, just as our generic gyroscope was thinking it had found new love, that love was lost to another. The interloper was another gyroscope, but one better suited to the needs of the OIS application, and one that could be incorporated as a much more common function in any camera, whether phone-based, stand-alone, or as a part of some other novel camera installation. Perhaps the one on the telephone pole that, at this very moment, is watching you as you read this on your phone, capturing in crisp detail your bemused look as you try to filter silliness from fact in a piece that mixes technology with a fairy tale, stabilizing the image against the seismic disturbance of the woodpecker going for that grub right next to the camera.

So what then is to become of our forlorn gyroscope, about whom the whispers continue? Certainly he can look forward to a time when the challenges of indoor and pedestrian navigation are overcome. And it’s not like he has nothing to do; in fact, he might not feel so bad if it weren’t for all the action the accelerometer gets right next door.

Whatever other things he ends up doing, he will need to come to peace with the fact that, if his phone gets an OIS capability, it will be a different gyroscope that gets that action.

2 thoughts on “A Lovelorn Gyroscope”