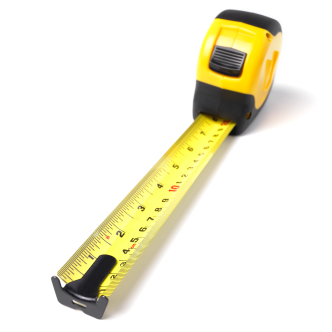 The Race to the Bottom

Intel is the world’s the best-known chip maker, and that description may soon become more accurate than we realize.

Just a few weeks ago, Intel made a splashy and expensive deal with Altera to fabricate some of Altera’s FPGAs at Intel’s company-owned plants. This follows similar agreements with small fry Achronix and Tabula, also chronicled in these pages.

This is kind of a big deal.

We tend to think of Intel as that company that makes x86 microprocessors for PCs but that generally stays out of the mobile, handset, and battery-powered markets. Intel’s not happy with that characterization, and they would dearly love to be a player in those latter categories, but time and fate have dealt the company a different hand. It’s as if success were a zero-sum game: you get to dominate the PC market for a few decades, but in return you have to sit out the burgeoning mobile market. Sorry, Intel, you can’t win ’em all.

Or maybe they can. One of Intel’s greatest strengths is its spectacular manufacturing prowess. The company is essentially a logistics house, with perhaps the world’s most finely honed production expertise. It’s extraordinarily good at turning base materials (silicon, copper, arsenic, etc.) into gold – almost literally. Ounce for ounce, an Intel microprocessor is more valuable than pure gold, but without the limited supply. The x86 architecture is just a bonus (or an albatross; your call) that makes the chips even more/less attractive. But it’s the manufacturing that put Intel on the top of the microprocessor heap and keeps it there.

One by one, as other companies sold or spun off their manufacturing arms, Intel steadfastly kept its own production in-house. That’s an expensive gamble, because chip manufacturing requires moon-shot levels of investment. Most governments can’t afford to build and operate fabs. What chance does a private enterprise have? Hence, most of Intel’s competitors went fabless while Intel stuck with the tried-and-true vertically integrated business model.

So what does this have to do with Altera FPGAs? If Intel’s greatest asset is its manufacturing capacity and not necessarily its x86 franchise, then it behooves the company to play to its strengths and “maximize shareholder value,” in financial speak. That means encouraging business that isn’t necessarily tied to the x86 architecture. Naturally, Intel doesn’t want to do anything that would diminish the value of x86, but at the same time it also wants to encourage anything that leverages its leading-edge manufacturing. Hence, the FPGA deals.

Altera, Tabula, and Achronix don’t compete with Intel in any meaningful way, so they’re “Swiss:” neutral players that have the coin to pay Intel’s prices. FPGAs also make good use of leading-edge silicon. Not all chips get better or faster on newer process nodes, but FPGAs and microprocessors most certainly do. FPGAs are also extremely profitable, so Altera (and to a lesser extent, the other players) can afford to buy a time slot in Intel’s production schedule. Your average 8-bit MCU maker, on the other hand, either couldn’t afford Intel-level manufacturing or couldn’t take advantage of it.

The FPGA deals allow Intel to (a) make some money from other peoples’ product lines, (b) fill up any unused capacity in its fabs, and (c) test out the market for its services. Unlike TSMC or GlobalFoundries or any other standalone foundry for hire, Intel has never really rented out its chip-making plants to outsiders, so the whole process is a bit new to them. It’s no accident that the first two renters were both small companies. If Intel had decided that leasing out its manufacturing wasn’t so much fun after all, it could have blown off Achronix or Tabula without too much fallout. Now that heavy hitter Altera is onboard, Intel is clearly feeling more confident about its role as a foundry.

Renting out time on the manufacturing line is a swell way to make some extra cash, but only if you’re not using that capacity yourself. When times were better, Intel was maxed out, cranking out x86 processors as fast as the market could absorb them. Lots of PC processors were back-ordered, and it was usually the fastest (and most profitable) chips with the longest waiting lines. There’s no way Intel would have rented out any of its capacity back then; it couldn’t keep up with the demand it had.

Things are different now. Intel’s fabs are by no means idle, but the demand for PC processors has flagged a bit. At the same time, the company is aggressively expanding and upgrading its manufacturing base to the tune of billions of dollars in this year alone. That means the company is deliberately building out more capacity than it can probably use on its own. That little bit of extra goes to Altera, et al. And maybe other fabless companies in the future.

So who’s next on the sign-up sheet? It’s fun to speculate about one of the ARM vendors possibly knocking at Intel’s door. After all, what could be better than ARM’s popular and power-efficient CPU design coupled with Intel’s popular and energy-efficient silicon manufacturing? It’s a match made in heaven! The world’s ultimate processor!

Maybe… but Intel would be understandably hesitant to sell arms to the enemy. ARM and Intel are head-to-head competitors in most market segments. At least, that’s how the companies’ respective marketing departments see themselves. As long as Intel is pitching Atom to smartphone makers, it’s unlikely to simultaneously equip an ARM vendor with the weapons to shoot itself in the back.

What about Apple? Could Intel make chips for the Cupertino consumer giant? Apple has been designing its own chips for a while now, and it holds a rare “architectural license” from ARM, meaning it can tweak its own CPU core designs. Apple has also famously fallen out with its previous silicon partner, Samsung, much as it did with Google a few years earlier. An Apple-designed and Intel-fabricated processor or SoC would make a compelling hardware platform for the latest iDevice. It would relegate Samsung, Qualcomm, nVidia, Marvell, and other vendors to second-class status. It might not mean “game over” for the other smartphone chipmakers, but an Intel/Apple duopoly would be tough to beat on technical merit.

But as Intel and Apple both know, popularity runs in cycles. Maybe success is a zero-sum game after all.

2 thoughts on “The Race to the Bottom”