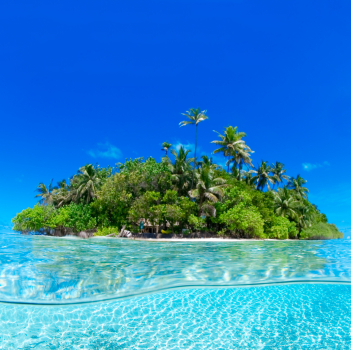 It can be cool living on an island. As long as there are reasonable resources available, you can remain slightly detached from whatever larger landmass lies nearby and do more of what you want with less interference.

But at some point, you’re probably going to need to get to a continent. Perhaps to get stuff that’s unavailable locally; perhaps to send goods over. Regardless, that span between island and mainland can be quite the bottleneck. In fact, at times you may even find yourself wanting to replicate some resources on the island so you don’t have to go anywhere else for them.

We’ve looked at EDA maverick Tanner a couple of times before, and you could characterize them as something of an island to themselves. While not their exclusive business, they are best known for analog design tools on Windows-based systems. And, as their John Zuk tells it, they would appear to have garnered a loyal following.

The thing is, the days of having an analog design that exists independently of anything else are largely gone. The design will most likely become part of a larger ASIC or SoC design. Yes, you can package the design up once it’s done and ship it over as GDS-II – in fact, that has been, to date, the only way to do it. But that is increasingly unrealistic in a collaborative design world, where designers on and off the island will want to work together as the design progresses.

Tanner sees this in particular with subcontractor relationships. A large company may have a deal with Cadence, the mainstream analog/custom incumbent, but those seats are often not available to subcontractors, and many of those subs use Tanner. So collaboration between the sub and the main company means getting Tanner and Cadence (or something else) to talk together.

Using GDS-II for that conversation is really tedious. So Tanner has now facilitated higher-level interchange through an OpenAccess (OA) adaptation. Many companies have moved to OA over the last several years to facilitate interoperation between tools, but, apparently, it’s not as simple as reading the spec and writing code. At the lowest levels, many details aren’t specified, and yet those details matter if the database contents are to be interpreted consistently by every tool reading it.

Much of the OA stuff has been driven by Cadence, but, realistically, there’s only so much effort they’re going to expend in helping a competitor to get up and running. Meanwhile, Si2, the group that standardized OA, isn’t really staffed for support, and, even so, there’s only so much they can say about implementation details that they may know about in confidence.

Adding to the challenge, most OA implementations are Linux-based. Just implementing the database on Windows was itself more work than a simple Linux adaptation would have been.

So that made it a much harder undertaking: more of a scattershot process where you know that your first internal revision will have lots of problems, and you work them and work them, detail by detail, until things appear to run smoothly. And here’s where a loyal user base helps: if you’re putting together a feature set that they’re looking for, they’re likely to be willing to help you get it right. Tanner has been in beta on the OA integration for a year, smoothing out all the rough spots.

Having completed the OA development, Tanner users are no longer required to communicate to the Cadence (or other tool) mainland by boat. They now have a bridge they can drive across. In practical terms, it means they can share data at a much higher level than GDS-II, allowing designers to work the high-level functionality together before reducing it to the lowest level.

But there’s one other problem: Islands that consist purely of analog are becoming much less common. Digital circuits have invaded like so much mycelium, and analog designers are now having to deal with digital circuits in mixed subsystems. It would seem like this should be a piece of cake, given how much automation exists in the digital realm – not to mention the relative simplicity of digital versus analog.

But analog designers have apparently balked at trying to handle analog and digital together in two different toolsets, coordinating two toolflows. Instead, they asked for a unified toolset, integrated under the Tanner GUI, to allow them to handle digital synthesis and simulation. So Tanner partnered with Incentia and Aldec to build this capability.

Incentia is a Taiwan-based provider of synthesis and static timing analysis tools; Aldec is a Nevada-based provider of simulation tools.  The integration allows Tanner users to operate both in the analog domain with the Tanner tools and in the digital domain with the Incentia and Aldec tools, all within the Tanner environment. It’s like they added some earthen fill around the island to expand it and make room for digital capabilities complementing the analog ones; no need to hit the mainland for digital anymore.

Tanner does the first level of support for all of the tools; they have agreements in place with Aldec and Incentia for gnarlier issues that need escalation.

This really changes the scope and character of what Tanner does. It feels to me like it’s in transition from being a specialized player to being more of a complete solution unto itself. It hasn’t gone the full distance to acquire technology and literally brand it as all its own, but if the integration is sound and if the support model works (i.e., no finger-pointing), then it may feel like a complete solution to the users.

Granted, in the big scheme of things, given the overwhelming dominance of digital logic in an SoC, it’s not clear that this solution would be an obvious choice as a full-on SoC design environment – it’s kind of inside out, with analog as the primary focus, digital as secondary. But digital now has a firmer grip on its place in the flow, and depending on strategy and business deals, it’s certainly conceivable that the emulsion could invert, with digital rising in prominence and analog playing more of a supporting role. Pure speculation on my part, to be clear…

For the time being, the insular Tanner residents can feel a little less isolated, with both greater on-island capability and better access off the island.

Editorial note: I made a slight change, replacing “landfill” with “earthen fill.” “Landfill” actually has two connotations, and I didn’t intend it to imply “trash”… Which some folks might reasonable object to…

One thought on “Island Life Made Easier”