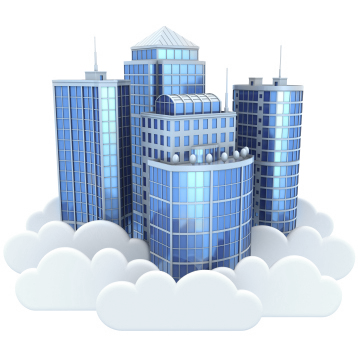 If you’re one of my ten-million or so fellow “mayors” of SimCity, you haven’t had a good week. Apparently getting handed the key to your own city isn’t enough. We can still get locked out.

If you haven’t been struggling with Electronic Arts’ latest $60 time sink, perhaps you’ve read the headlines. The new-for-2013 version of the popular game SimCity was released just a few days ago – and promptly crashed. Not “crashed” in the sense of making your PC slow down or display the blue screen of death, but crashed as in you can’t start the game at all, even on a perfectly healthy PC.

The problem, as it so often is, has to do with cloud computing. You see, in their infinite wisdom the brain trust at EA decided that SimCity would require an always-on Internet connection. No more playing offline, or on airplanes, or privately. Ever. No, now we all have to be social. I’ve got news for EA: If you’re playing a single-player game, by yourself, on your own computer, on your own time, you don’t want to be sociable. That’s why it’s called a single-player game.

Other software companies have used an always-on Internet connection for DRM before, and I understand the need for massively multiplayer games like League of Legends, but this is something different.  The DRM is bad enough, but at least it’s reasonably well-understood (and universally hated). But SimCity isn’t an MMORPG. It now establishes a connection to EA’s servers before the game will even start. And it maintains the connection full-time for as long as you’re playing. And not just a “heartbeat,” either. There’s some real data going back and forth between your PC and EA’s mysterious servers. If you drop the connection, even temporarily, SimCity pops up a bright red warning icon. You can keep playing – if you dare.

Thousands of irate players lost hours of playtime, er, mayoral work, because EA’s server went down in the middle of the game. Just to be clear, the problem is with EA’s servers, not any individual’s Wi-Fi or cable connection. We’re all doing the right thing. The failure falls entirely in EA’s lap, and to their credit, the company has taken full responsibility.

What’s annoying to so many paying EA customers is that the always-on connection is totally gratuitous and self-serving. There’s no logical reason why SimCity requires a permanent connection to EA’s servers, or any server. Yes, there’s an optional multiplayer component to the game, just like any game nowadays, and obviously you need to be connected for that. But SimCity is still inherently a single-player “sandbox” game and there’s no advantage to the players to force a connection.  And as we saw last week, there’s the big downside.

It’s bad enough that your brand new $60 game won’t even start. It’s bad enough that even if it does start, you might lose all your progress at any time. “Enjoy playing SimCity? Great, ’cause you get to do it all over!” What galls me is that this is yet another example of that great 21st Century hoax called cloud computing.

Any engineer could tell you this is upside down and backwards. Instead of using a fast, local, private, and paid-for connection to my hard drive, SimCity (like other server-based programs) uses a slow, unreliable, shared, and metered connection to someone else’s server. A server that might crash at any moment. A server that might just go offline for a while. Maybe it’s gone for a few minutes, maybe it’s gone for days. Either way, my access to my program and my data is now out of my hands. I get to play my game when EA and the phone company both say so.

And what’s the advantage to me, again? Oh, that’s right. I get to store my saved games remotely – where they’re also in someone else’s hands, across great distances, accessible via a metered connection. I also get the pay for the privilege of accessing that data, or indeed, of launching the game at all. Previously, the only prerequisite for playing a computer game was owning a compatible computer. Now it’s a computer and a paid-up bill to your ISP.

And as every idiot cloud company learns too late, the more successful they are, the heavier the load on the entire global network. There’s a finite amount of wireless spectrum, and every new customer means another slice carved out for them. How long before playing SimCity is considered an aggressive act against people on your subnet?

Instead of paying for my PC once, and my game once, and my hard drive(s) once, now I get to subscribe to all of them. SimCity and many Windows 8 applications don’t even offer the option of storing files locally; you have to use the cloud whether you like it or not. It’s easy to see why server companies and the ISPs like this idea. A private act of gaming becomes a billable event. All your data are belong to us.

What happens if I give my town a rude name and my ISP decides that’s too many strikes against me and cuts me off? Now I’m without Internet access at all – no e-mail, no browsing, no research, etc. Moving your data and services into the cloud automatically puts them under the eye of your ISP and its terms of use (have you read them?). Do you really want your ISP proofreading your data, in return for… what was the benefit again?

The last cloud-based city I liked was run by Lando Calrissian, and even that one had its nasty secrets. But at least you could land on it when you wanted to.

9 thoughts on “SimCity Sure Isn’t Bespin”