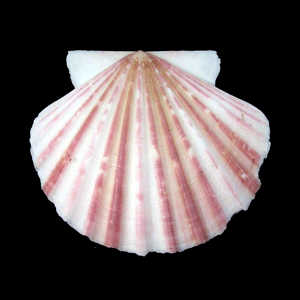 It’s probably fair to say that no single processing step has done more to enable MEMS than deep reactive ion etching (DRIE). And the poster embodiment of this was invented by the Robert Bosch Company – giving them an early advantage. It’s typically referred to simply as “the Bosch process.”

Of course, these days, DRIE isn’t just about MEMS; it’s also used for any deep trenching in advanced semiconductor processes – most notably, through-silicon vias (TSVs). Its value is in creating features that are much deeper than they are wide. Its use is usually made evident by a characteristic scalloping or waviness of the vertical sidewalls of the etched feature.

We’ve talked about DRIE before, but a quick summary would be that of a simple two-step process: dig away at the hole using an isotropic – that is, having no preferential direction with respect to crystal orientation – etch for a while, then stop etching and apply a passivation layer. Rinse and repeat until you’ve achieved the desired depth. As clarified by Plasma-Therm, the Bosch process is technically a three-step process, with passivation removal and etch being separate, but many implementations combine them into a single step.

It’s this passivate/etch loop that creates the scalloping down the sidewall. And this is where Plasma-Therm departs from the Bosch process in their new DRIE process (they seem to use the phrase Deep Silicon Etching – or DSE – but they put a ™ by it, so it would appear not to be a generic industry term like DRIE). They make explicit that third step: one that explicitly clears the passivation from the bottom of the feature using an anisotropic etch. So their loop cycles through passivate/clear/etch steps. They say that this allows them to optimize both the silicon etch and passivation removal processes independently, meaning that less polymer is needed.

This is combined with several other process features that they claim (and pictures suggest) yield a much smoother, straighter sidewall, with less “notching” or undercutting.

The first of these features is what they call “process morphing” (which they also often tag with a ™). Rather than a constant etch, they vary things as the etch progresses. The fundamental notion is that the deeper a feature becomes, the harder it is to get reagents into it and the harder it is to evacuate the waste created by the reaction. So conditions aren’t static, motivating a sliding process.

There are a number of settings that affect the etch reaction, including temperatures, gas pressures, power, and reaction times. They have built into the system a variety of process curves; by monitoring progress, they can adjust the various knobs according to these curves, taking the process through a trajectory from beginning to end.

They also vary the process in order to accommodate “aspect-ratio-dependent effects,” or ARDE. This involves adjustments as the reactions evolve to account for the difference between wide and narrow features. Wide features will have more silicon surface area exposed at the bottom and so will react faster. The adjustments are intended to ensure that none of the features end up over-etched, but that they finish at the same time.

Notching occurs either where silicon meets buried oxide on an SOI wafer or where a mask meets silicon, typically as you reach your etching endpoint. The cause is accumulated charges that interfere with the reaction. These charges can recombine given a suitable relaxation time, but you don’t want to slow down the entire etch process by adding what amount to wait times; this is really an issue only as you approach your endpoint. So they’ve developed a way of detecting that the endpoint is near (apparently not easy, requiring some sensitive signal processing), at which time they change from their “mid-process” recipe (with no relaxation intervals) to a recipe that incorporates the charge recombination intervals to minimize the notching.

Then there’s the issue of gas pressures. You’ve got various nozzles injecting reagents into the reaction chamber, and, as you loop through the three steps, you’re shutting off and turning on different nozzles. When you turn off a nozzle, you have a couple of choices. You can reduce the pressure to zero, turning it back on again when the nozzle reopens, or perhaps you could just leave it pressurized and close the valve.

Anyone that has used a garden hose can relate to the challenge of the latter. Take one of those pistol-grip garden hose sprayers and set the pressure for a given distance and then release the grip, shutting off the flow. When you squeeze again, turning it back on, at first it’s going to spray much further because of the pressure that built up due to the lack of flow. This sort of pressure burst can happen in the reaction chamber, and it’s not good – for any process.

At the very least, as you’re turning different reagents on and off, you can get cross-contamination or unintended mixing. If the burst is on the more violent side, you can generate particles or set up maleficial (OK, now why isn’t that a word, the opposite of “beneficial”?) vibrations. A moving flap in a valve might slap closed too quickly, sending a shudder through the system. (You can do that as well in your backyard or even in the house simply by shutting off a faucet too fast and hearing the pipes clank in protest.)

Going to zero pressure instead means that you have a ramp-up when you need the reagent, and, during that ramp-up, you’re not where you want to be on the process curve. Ideally, you want to maintain pressure and simply eliminate flow.

Plasma-Therm addresses this by maintaining a low flow, which allows fast switching (using atomic-layer deposition valves) back to the desired process volume when needed rather than shutting flow down completely.

Overall, they rely on being able to tweak the process quickly, changing from one step to the next in under one second, with quick feedback and control that result in dramatically less scalloping and an overall smooth, uniform result.

Finally, “source heating” is used to ease maintenance. If the polymers that they use aren’t at the right temperature, they can end up coating everything in the reaction chamber. Explicitly heating the material to the right temperature helps, with excess being evacuated from the chamber rather than ending up everywhere. This means that less frequent cleaning cycles are needed.

This controlled heating also helps to avoid the “first wafer” effect, where the chamber is heated simply as a by-product of the reaction, with the result that the first wafer in the lot tends to be sacrificed as conditions stabilize. By heating directly, reaction conditions are in place even for the first wafer, meaning it doesn’t have to get voted off the island.

Of course, many of these process enhancements are patented. So the obvious question is, will fabs drop the venerable Bosch process for Plasma-Therm? Well, for one thing, my guess is that anyone who has a device in successful production will simply leave it there – scallops or not. With MEMS, if it ain’t broke, don’t fix it.

The real question is whether this will be incorporated into new processes for new devices that haven’t seen daylight yet. That’s likely to be a slower adoption and may well not be visible to us as fabs and designers try to play coy with any advantages they see themselves getting. And, in the end, there’s the matter of ROI. Does this address a vexing enough problem to justify transitional costs? Will performance or manufacturability improve enough to pay for itself and then some? Obviously, that’s the argument that Plasma-Therm is trying to make.

Whether or not that plays out will become evident over the next couple of years if this is going to unseat a rather comfortable incumbent that probably won’t be sitting still.

8 thoughts on “A Smoother Sidewall”