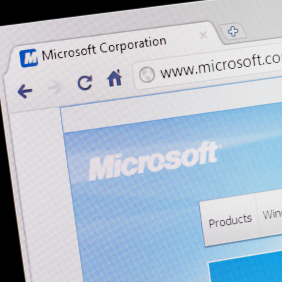 Beaten Up By Bad Bytes

I try to be good. I really do. I eat my vegetables, help old ladies cross the street, and floss my teeth occasionally. I maintain good computer hygiene, empty the Recycle Bin every week, and back up my important files—occasionally.

I’m a good and obedient Microsoft customer, diligently applying patches, downloading hotfixes, and upgrading to new applications and operating systems on a regular schedule. I even manage to like it. Occasionally.

But Windows 8 has me stymied. Why, O Microsoft, hast thou forsaken me? Where did I go wrong? What have I done to offend thee? Give me a prompt and I will atone. My sins must be great, for thy punishment is harsh.

For you fellow sinners who haven’t yet tried Windows 8, it’s a mixed bag. It feels like an intermediate step, a halfway point between the old world of Windows 7/XP and a new and more promising world of Windows Whatever-Comes-After-Eight. In its current form, Windows 8 is deeply schizophrenic.

We’ve all seen screenshots of the new Metro user interface (which isn’t called Metro anymore), and it’s pretty slick. I like it. If you’ve downloaded the free(!) trial version of Windows 8 to test out on a spare PC, let me first say that you really, really want to use it only on a machine with a touchscreen, and I’ll bet you don’t have one of those. On a “normal” PC with a mouse and keyboard, Windows 8 is deeply flawed and unintuitive. The mouse gestures seem strange and nonsensical, and some are awkward to perform. With a touchscreen, however, Metro is actually very usable and clever. So don’t judge the new UI until you’ve tried it on a touchscreen. It’s an entirely different experience.

Having said that, I’ve been using a Windows 8 touchscreen PC as my “daily driver” for about two months now, and I rarely ever get to see the Metro UI. Why is that? Because Windows applications don’t run on the Metro UI; they use the old style “desktop” interface instead. Sure, all your old PC applications run, but they don’t magically sprout new user interfaces, so naturally all old programs look just like they did before. I understand the technical reasons for that, but it’s pretty disappointing. It’s as if you unwrapped a new birthday present and found all your old toys inside. It’s not really a new Windows; it just has a pretty new bow on top.

As I said, Windows 8 is schizophrenic. It happily toggles back and forth between the new Metro UI (when possible) and the older Desktop UI (most of the time). Unless you have some new Windows programs I don’t know about, you’ll have a hard time keeping the Metro UI active. Almost any activity—opening an application, reading mail, copying files, whatever—instantly flips you to Desktop mode, where virtually all programs currently run. Even though I force Windows 8 into Metro mode occasionally, it’s never long before it switches back. Like every time I try to actually do something.

To be fair, Windows 8 does come prepackaged with some native Metro apps, and they’re halfway decent. You get Mail, Calendar, and People, which perform the obvious functions and replace Outlook Express as the free, lightweight version of Office. You also get the Internet Explorer browser, of course, but it’s really just a toy. In a terrible triumph of design over usability, IE10 doesn’t do anything right, like store bookmarks (favorites). Who makes a browser that can’t manage bookmarks? Microsoft, in a paroxysm of minimalist UI fanaticism, decided that bookmarks were unclean and had no place in the elegant Metro UI. Can’t find a good way to integrate a feature? Remove it! Hey, people probably weren’t using those browser bookmarks anyway. It’s as if Microsoft believes it’s 1991 again and everyone is just discovering this thing called the worldwide web.

Just as oddly, the Desktop version of IE (i.e., the one you’ll actually use) does support bookmarks in the usual way. But it’s a one-way mirror. Sites you bookmark in Metro find their way to the Desktop browser, but if you bookmark something in Desktop mode, the Metro browser knows nothing about it. Oh, and the Metro browser won’t accept plug-ins. Ever. Microsoft says its wants to “preserve the experience” of the Metro browser. Sweet Odin’s Hammer, this stuff is frustrating to a mere mortal.

I’ll warn you now: the Metro UI has no file manager. At all. Like an iPad or BlackBerry, it pretends files don’t exist. In the Metro world, there are apps and… just apps. The concept of files is so last decade. Which is why you’ll spend a good portion of your time back in Desktop mode looking for your earthly works.

My disappointment continued with Office 2013. Surely this would be the company’s crown jewel and the best way to showcase Windows 8. Nope. Office 2013 looks just like Office 2010. It runs in Desktop mode and doesn’t speak Metro at all. In fact, to my eyes, Office 2013 looks worse than its predecessor, with none of the “Aero” look that was one of the hallmarks of Windows 7. Evidently Microsoft believes that graphics cards have regressed in the intervening years, and that rounded corners and transparent edges were too taxing on peoples’ computers. Good to know; maybe I can dust off that old ’386 machine.

The pain ran more than just skin deep, however. Office 2013 is deeply flawed, in a way that makes me question the Creators’ sanity. Or maybe just their shipping deadlines. It’s neatly integrated with Microsoft’s inevitable cloud-storage business, the recently renamed Outlook.com. (You may remember it as Hotmail.) You would think that Outlook (the premier desktop application) would work with Outlook.com (the company’s linchpin cloud service), wouldn’t you? Or is it just me? Was I too optimistic?

No, Outlook doesn’t work very well with Outlook.com. Many people in my address book had their anniversary date changed, which would be a handy feature had they actually remarried. Others now celebrate their birthdays between 1:00 AM on the first day and 1:00 AM on some subsequent day. A bit nontraditional, perhaps, but maybe that’s just me. My contact photo was attached to someone else’s business card—a bit embarrassing, that—and several contacts refused to upload to the cloud at all. Perhaps there were religious differences.

Outlook lets you add notes to peoples’ contact cards, a handy feature that I often use to make snarky comments about my fellow travelers. Outlook.com, however, no habla HTML, so it fills each note with so many andtags that the original ASCII note is buried in meta-tag purgatory. You’d think that maybe someone should have tested Outlook with Outlook?

Oh, and Outlook 2013 thoughtfully maintains multiple different calendars for you, one for each e-mail address you have. You know, in case you want to double- or triple-book yourself. According to the online support forum, new appointments go into a randomly selected calendar. Am I busy next Tuesday? Who knows!

One of Windows 8’s signature features is the “swipe” gesture, which calls up basic system-wide functions like printing or searching. (Again, this makes more sense on a touchscreen than with a mouse, where it’s just dorky.) That would be splendid, except that it doesn’t work for “Desktop” (i.e., any) applications. They still print in the usual way, usually by clicking File, then Print. Same goes for search. Windows 8 tries to be clever by searching absolutely everything it can, including your files, applications, Bing, your address book, Wikipedia, and so on. But you want to search the document you’re looking at? That’s a different function entirely, conjured up via a different swipe.

It’s a good thing that Search is so complete, because you’ll be needing it. Windows 8 famously removes the Start button from your desktop, which sounds fine until you try working without it. Let’s say you’re running Windows 7 or XP right now. How do you start an application? By clicking the Start button, right? Or perhaps you’ve got a shortcut already on your desktop. Without that Start button to house each and every application installed on your computer, the only way—the only way—to find a program is to search your hard drive for it. And yes, that’s the officially recommended procedure from Microsoft.

Like Search and Print, there’s a swipe-to-share function, too. Pretty nice. Or I guess it would be, if anything was shareable. Most times, Windows 8 just tells me, “Nothing to share right now.” Okay, so why not dim or remove the Share button? And in two months of steady operation I’ve found very few things it can share. It gets better: to share a link with a friend, you have to type in their e-mail address. Already in your address book? Doesn’t matter. Share doesn’t use address books or contact lists. I had to look up a person using the built-in People app, copy his e-mail address, and paste it into Share. Very smooth, indeed. Kudos to the Metro UI designers. You have truly achieved UI Oneness.

Under the heading of, “it feels good when it stops,” I had to do that cut-and-paste only once, because I stopped using Share after that.

Speaking of the People app, it can import names from your Facebook, Twitter, LinkedIn, and Skype accounts, which is pretty nice. They all work pretty well, except for Skype. Wait for it… Yes, that’s correct. Skype is the one that’s owned by Microsoft.

If Windows 8 was the answer to somebody’s prayers, I’d hate to be accursed. I went into this all eagerness and naiveté, an acolyte yearning to follow the One True Path to Microsoft righteousness. I paid my tithe and followed the installation instructions. Now I fear I have blasphemed.

Screw it. The gods must be crazy.

7 thoughts on “Beaten Up By Bad Bytes”