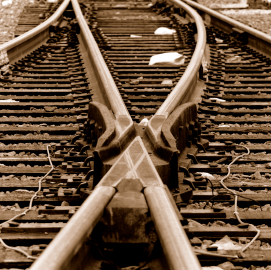 A Crossroads of Vision

Altium has long been a standout in the EDA industry. The company got its start as Protel – a supplier of affordable desktop PCB layout solutions. When the big EDA suppliers were exclusively selling expensive, workstation-based, enterprise-level board design systems, Altium (Protel) provided a strong, usable desktop solution for everybody else – the people who didn’t have a huge design tool budget.

As Protel evolved into Altium, their differences from the pack became more pronounced. Altium became the company of vision, with the goal of supplying the masses with a comprehensive tool suite including design capture, FPGA design, embedded software development, and trusty-old board layout. They wanted to give you an affordable desktop solution that could take your product design from soup to nuts, as long as you weren’t doing custom IC design.

Altium’s vision went beyond affordable integrated design tool solutions, though. The company saw an opportunity to take electronic product development in a new, more progressive direction. Altium developed prototyping platforms that were tightly coupled to their design software, while creating a supply chain that would allow their customers to develop a product in Altium Designer, prototype it with Altium’s development boards, do early deployment with pre-manufactured production versions of the development board, and go to volume production with pre-established supply lines.

In a controversial move, Altium packed up and moved their headquarters from Australia to Shanghai, China a couple years ago. At about the same time, the company went full-tilt into creating a comprehensive ecosystem that managed the entire product development cycle, including integration with supply-chain data so you could access pricing and availability information for components before you designed them in, and further smoothing the transition from design to manufacturing. By moving to China, the company was looking for access to a much larger pool of engineering talent and for a better connection with Chinese supply chain and customers.

When you set out to cultivate a new business ecosystem, there are always fundamental philosophical questions to be answered. How do you stimulate growth of the system as a whole? How do you make sure that all the required components of the ecosystem are present and healthy? How do you attract participants into the system? Do you create a new set of standards, or do you rely on existing ones? Do you try to manage and tightly control the system, or do you open up the environment so people and companies can freely participate? These questions are becoming more and more common as we see an increase in the “ecosystem” model over the simple “product” or “service” model. Whether it’s IOS versus Android, Linux versus Windows versus OSX, iTunes versus everything else, or any of the other ecosystem-based technology areas, somebody had to grapple with these same issues.

Altium is no exception.

In trying to establish an ecosystem for electronic designers, the company had to face a host of these sorts of questions: Would component suppliers and distributors live in an Altium-branded ecosystem, or would they pull hooks from Altium’s infrastructure into their own environment? Would other EDA companies be welcome at the party, or would the tool flow be exclusively Altium’s? The list goes on and on.

Altium faced other dilemmas as well. While their vision for board-based electronic system design seemed years ahead of most of their competitors’, it was also often ahead of their customers. Even though Altium was selling a rich and comprehensive top-to-bottom design environment, many customers were still using it just as “good old ProTel” for simple PCB place and route. The vision sounded spectacular, but getting customers to put it into practice was a major challenge. At the same time, the company continually struggled with profitability. Revenues rose, but investment back in engineering was heavy. Investors were patient, but not to the extreme. Something had to give.

What gave was senior management. Nick Martin – founder and long-term visionary – left the company, and a re-focus was declared. Under revised leadership, Altium would open up its ecosystem, bring more balance to vision versus profitability, and increase focus on existing customers.

In order to understand these issues better, we had a chat with the executive management team, which includes long-term veterans of the company. Kayvan Oboudiyat – Altium’s CEO, Aram Mirkazemi – Altium’s CTO, and Frank Hoschar – Altium’s CMO walked us through the key principles of Altium’s revised strategy.

Altium plans to open up their DXP development platform (and their base of 80,000+ users) to other tool and IP vendors. This includes allowing other companies to write apps for delivery in the Altium ecosystem, or extending their own ecosystem using Altium’s technologies (such as those from their previous acquisition of Morfik). They plan to give both customers and partners SDK access in order to facilitate the development of their own apps. If you’re getting the idea here that Altium is going more toward the “Android” model than the “Apple IOS” model, you’d be right. The company’s goal is to provide the richest possible environment for “Smart System Design Automation” that also includes supply-chain integration and embedded device lifecycle management.

The company plans to become more “customer-centric” – meaning they will spend more energy supporting and working on solutions with existing customers, likely at the expense of work on future projects. This probably makes sense for a company like Altium that has been racing ahead of their customers for a few years. Sometimes, you need to catch your breath and work on today’s customers rather than constantly focusing on tomorrow’s. The company plans to deliver more complete and tailored solutions for specific market areas as well – driven by customer input and domain-specific requirements.

Central to Altium’s vision and strategy is the idea that just about everything being designed these days has an element of connectivity. The “embedded internet” is with us to stay, and Altium believes that providing for that must be a fundamental capability of the design environment. Altium’s acquisition of Morfik was a keystone in that strategy, and now the company plans to proliferate that philosophy through their entire ecosystem.

Finally, the executive team said the company will be focusing more on profitability and returning value to investors. That is not-so-cryptic code for keeping expenses under control and driving new revenues as a priority. While a return to profitability was a major milestone for the company, sustained results are important to maintain the confidence of their investors, and that apparently required a change in the way the company operates. Altium’s presence and connections in China, along with their strong user base in the Americas and Europe, puts them in a unique position to bridge the gaps in the supply and service chain between China and the rest of the world. Altium appears to be uniquely positioned to capitalize on that advantage. How it plays out for customers remains to be seen.

For design teams that already depend on Altium’s tools, this all probably means you’ll see an increased focus on the “now” – helping you get the most out of the design environment you have today, and a decreased focus on the “future” – the company’s vision for how you might be designing in a couple of years. It will be interesting to watch.

6 thoughts on “A Crossroads of Vision”