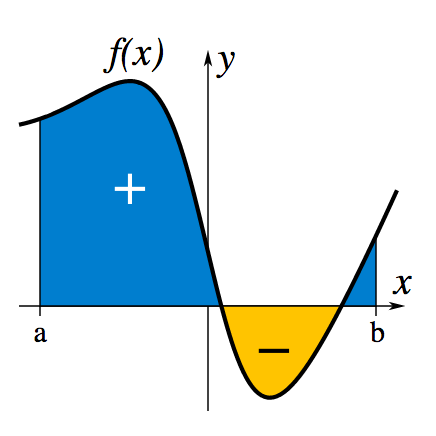 I have a theory about people. They can be over-simplistically divided into two groups that I refer to as “differentiators” and “integrators.”

This comes from basic calculus. You may recall that derivatives are very sensitive: small changes in a function can create wild changes in the derivative, and each successive derivative can freak out even faster. Integrals, on the other hand, react very slowly to change.

We all know those people with short attention spans. They’re quick to notice change and react – or overreact. They have little patience for letting a plan work before giving up and trying something else. On the other hand, when something changes, they’re on it immediately. These are the differentiators.

Then there are the opposite types: patient, with an eye on the long-term. They tend to ignore short-term perturbations as just that (at risk of dismissing important events), and they’ll give a plan a long time to prove either that it works or doesn’t work. Sometimes too long. For the record, I normally consider myself one of these (although I reserve a special differentiator mode for those occasional freak-out moments).

Ideally, a combination of both works best: someone with a patient long-term view and someone to guard against complacency or to shake things up. As long as they trust each other.

This has been the nature of the relationship between MEMS gyroscopes and magnetometers. The gyroscope is a differentiator: it’s highly sensitive. But it’s also noisy and subject to drift in the long term. By contrast, the magnetometer does a good job keeping a long-term eye on magnetic north (checking in with the gyro and/or accelerometer to cross-check magnetic anomalies), but it reacts more slowly to quick changes in heading. It’s not completely insensitive (and increased sensitivity for a new product can be a selling point), but it lags behind the gyro in reactivity. So the two work well together – one for sensitivity, one for long-term stability.

The problem here is that gyroscopes tend to be power-hungry. Unlike their IMU siblings, their internal elements have to be set in motion to detect angular change; they can’t work passively. For power-sensitive designs, this can be a problem.

As I noted a couple of months ago, an accelerometer can detect the changes in direction that a gyroscope gives you – assuming a fixed frame such that the direction of travel is also the heading. In that case, you could probably do without a gyroscope altogether (there’s a lurking question about the ability to detect yaw that I will dig into further at a future time). Another approach is to put the gyroscope to sleep and then let the accelerometer wake it up when movement is detected.

But at this week’s International CES, Kionix announced an “emulated” or “synthetic gyroscope.” The new KMX61G comes with an accelerometer and a magnetometer; it uses sensor fusion to create the impression of a gyroscope. It’s nine axes for the “cost” of six. The benefit: you don’t need a power-hungry real gyro, and your power drops by 80-90%. The downside: you don’t get the same performance as you might have with a real gyro.

This triggers two big questions for me – one technical, the other business. From a technical standpoint, this seems theoretically straightforward as long as the accelerometer and magnetometer are both of very high quality – that is to say, low noise. The accelerometer has already achieved that noise performance; the magnetometer (which they get from Aichi) has now gotten there as well, so the fundamental capability (which has apparently been brewing for a while) is now enabled.

But what about the ability to reject magnetic anomalies? Fixed anomalies can be calibrated out at manufacturing, so that’s not the issue. It’s the ones that you pass by that have to be identified. Without an actual gyro to cross-check with, this becomes a much harder problem. And it’s the key to making this work.

While they guard the details of their algorithms closely, they explain at a high level that they do this heuristically as part of their sensor fusion. So, for example, if a magnetic field is detected with a specific varying nature, it might be identified as power line interference and rejected. If the field is too strong, then clearly it’s not the earth’s field. If a phone with a synthetic gyro is being used for gaming in some specific room with a given set of local field characteristics, then the local fields can be captured and normalized out, leaving the differential fields due to the motion of the phone. Et cetera.

This ability to reject anomalies is really the test of this approach. PNI Sensor’s founder and chairman George Hsu mentioned that they had tried this as well, but that anomaly rejection wasn’t good enough for them to provide the performance they were targeting.

Bottom line: it’s not going to work as well as a phone with a gyro, but Kionix is betting that it will be good enough in many cases. “Good enough for what?” you ask… And that brings us to the other part of the question. What are the applications for this?

First of all, it won’t work for navigation. But then again, according to Kionix, a phone can’t really be used for navigation anyway (unless fused with GPS, which typically disappears inside a building). It will largely be used for gaming – and less stringent gaming than a Wii, for example, since you will usually be looking at the screen rather than winging the thing around like a tennis racket. Think driving a car or flying a plane.

But this really gets more to the question that lurks quietly in phone circles, “What is the gyro in the phone good for anyway?” It’s there only because Mr. Jobs so decreed. But there’s precious little that gets done with it. And yet it adds cost and sucks the juice more than any other sensor on the phone.

As Kionix describes it, the pseudo-gyro provides a way for phone or tablet makers to carve out a mid-level market. Yeah, the gilded top-of-the-line stuff will have real gyros in them. But for lower-cost stuff, you can get some gyro behavior without the cost (in money and power) of the gyro. And they say that this isn’t just them dreaming up something to do with this technology: it’s something their customers have been requesting.

So the integrator is doing without the differentiator and will attempt to get the job done. Now that I think about it, it does seem like a job for an integrator with occasional freak-out capabilities. Maybe I should apply…

2 thoughts on “A Synthetic Gyroscope”