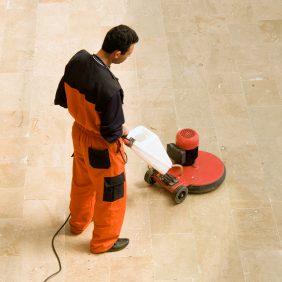 It’s the circle of life. The great wheel of existence. One door closes; another opens. The end of a chapter, the beginning of another. Pick your favorite metaphor—MIPS Technologies has been packed up and sold.

That’s actually pretty good news for MIPS’s 160-some employees, but it still feels like the end of an era to me. One of the darlings of the RISC computer era, and an innovator in computers, microprocessors, and business models, is now just a division within the larger company of Imagination Technologies.

For what it’s worth, the top two RISC architectures, ARM and MIPS, are now both in British hands. There is a certain symmetry to that, since much of today’s computer science was concocted at British universities in the first place. Maybe they finally got tired of lending all their technology to the Colonies.

Imagination paid $60 million for MIPS Technologies, including the company name, all 160 employees, ownership of the architecture, 82 key patents, and all the licensing and royalty agreements between MIPS and its 50-odd licensees. In short, Imagination took over the entire company, lock, stock, and barrel.

Sixty million dollars ain’t a lot of money. That’s only about 15% of the company’s market capitalization, or almost exactly one year’s worth of revenue (not including the Broadcom deal we talked about a few weeks ago). Fast-food joints are worth more than one year’s revenue. Why did MIPS go so cheaply?

In a sense, it didn’t. In a separate deal, a company called Allied Security Trust (AST) bought up the other 85% of the patents that Imagination didn’t buy, for the sum of $350 million. That’s right: the patent portfolio was worth $350 million but the actual company—including all the processor designs, the paying customers, the employees, and everything—was worth only about one-sixth of that. How much sense does that make? And who the heck are these AST people?

AST’s website is fairly grim-looking, like that of a large law firm—which AST essentially is. I wouldn’t mention the word “troll” around them, but AST is clearly and unabashedly in the business of buying up other peoples’ patents and then relicensing them to interested parties. Even more interesting, ARM put up $182 million of the purchase price, or about one-third of the total. Just to spell it out: Most of MIPS’s patents are now partially owned by arch-rival ARM.

Wait, what?!? Doesn’t that threaten the future of MIPS and prevent Imagination Technologies from developing it further? Nope; the folks at Imagination aren’t stupid, and the 82 patents they bought as part of their $60 million deal are the key ones needed to continue developing the architecture. The remaining 498 patents and patent applications that went to AST are nice, but not necessary. Besides, Imagination has a permanent, royalty-free license to all 498, so there’s no danger that AST will somehow prevent Imagination/MIPS from using its own patents. The decision as to which to buy (the 82) and which to sell (the other 498) came down to whether or not the patents were “fundamental” to the MIPS architecture. Imagination got what it needed and negotiated access to the rest.

Remarkably, this is all good news for MIPS users, fans, programmers, and developers. The MIPS architecture is now in the hands of a larger, richer, and more successful company than it was before. Imagination Technologies already had about 1200 employees before the acquisition, so adding MIPS personnel increases headcount by only about 13%.

Imagination has also made it clear that it intends to keep on supporting, selling, and developing the MIPS architecture. Why else would they buy it? Adding a first-rate 32/64-bit CPU nicely rounds out the company’s IP catalog.

No bonus points if you’re detecting a pattern here. Imagination is in the business of accumulating useful hardware and software IP for SoC developers. It’s a good business: Synopsys, Mentor, ARM, and others are following the same path. SoC developers would rather get their IP from one shop, rather than shop around, so it’s advantageous for one firm to offer as much as they can. The days of the IP boutiques are coming to an end; quantity and selection are the order of the day.

It’s less clear what AST and ARM’s motivations are. Are ARM and its financial partners buying up the bulk of the MIPS patent portfolio to keep it out of the hands of real trolls? Are they removing themselves from potential litigation should someone decide they’re violating a MIPS-related patent? Or are they themselves intending to litigate, essentially like Nathan Myhrvold’s hated Intellectual Ventures, buying up patents to enforce them?

And as if that weren’t complicated enough, remember that Imagination Technologies is a supplier to both Intel and Apple. Intel even owns about 13% of the company’s stock. Imagination’s PowerVR graphics shows up in Intel’s Clover Trail chips as well as Apple’s iPhone and iPad processors. That makes both companies reliant on the firm that now owns the MIPS architecture, a direct competitor to Intel’s x86 and Apple’s favored ARM. Imagination would surely love to convert Apple over to MIPS, but that’s pretty unlikely. They’ll have to be satisfied with PowerVR royalties and leave CPU discussions off the table.

Although MIPS is in good hands, I still feel a bit sad for the company. The MIPS architecture (the name stood for “microprocessor without interlocked pipeline stages”) was one of the first so-called RISC designs, the brainchild of John Hennessy, author of the landmark book, “Computer Architecture: A Quantitative Approach,” and now the president of Stanford University. That concept sparked (ahem) a wave of similar RISC processors and a complete rethink of how CPU design should be done. Incumbent processor titans, including Intel, were justifiably worried. It appeared as if the computer world was about to change forever.

It did, but not the way we expected. Hennessy’s MIPS architecture spawned MIPS Computer Systems, one of the darlings of Silicon Valley, which later spun off Silicon Graphics and MIPS Technologies. The latter was among the first companies created to license microprocessor designs, a novel business concept copied by many other startups, usually without notable success.

MIPS Computers eventually folded, and Silicon Graphics nearly did, too, before its assets were sold to Rackable Systems. That left MIPS Technologies as the sole remnant of the once-mighty MIPS Computer Systems. MIPS Technologies flourished in the 1990s, running neck-and-neck with little-known Advanced RISC Machines (later ARM) as co-leaders in the newish business of licensing microprocessors. Through a combination of luck, circumstance, and clever strategy, ARM eked out a small lead, then a large one. Today ARM is the de facto standard licensable CPU core, with MIPS running an increasingly distant second. Current stock market valuations place ARM at 40 times the value of its rival.

RISC processors like MIPS did eventually take over the world, but ironically they did so at the low-power, low-performance end of the spectrum. Embedded processors are increasingly RISC-based or RISC-inspired, while the desktop remains defiantly dominated by Intel’s x86. That may prove to be a pyrrhic victory, however, as conventional computers give way to tablets and other mobile systems.

The demise—no, the transfer—of MIPS Technologies shows that the microprocessor business is a merciless one. Designing a high-performance CPU is the easy part. Any top-level engineering grad can do it. Developing a self-sustaining software ecosystem for that processor is the hard part, as we’ve discussed earlier. And hardest of all is building a business around your new microprocessor. Licensing IP seems so easy and super-profitable: You sell your circuit schematics for $1 million plus 10 cents’ royalty for each unit, and then sit back on the beach with an umbrella drink. How hard can that be?

Pretty darned hard, as it turns out. RISC processors are nearly generic and interchangeable, almost by definition. Wasn’t that supposed to be the point of RISC? Thus, the choice of processor comes down to a coin-toss. Unless one CPU has slightly better software support than the other; then the odds tip slightly in its favor. Toss the coin enough times and the leader gets a bigger lead, then bigger still.

Had the butterfly flapped its wings differently, we might have seen ARM, not MIPS, being acquired. Imagine.

8 thoughts on “Imagine There’s No MIPS”