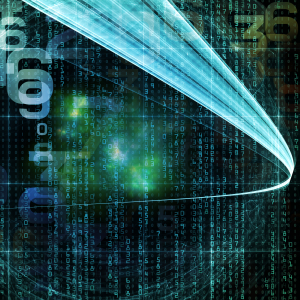 Did the Paradigm Shift for You?

At one time, every new product announcement was said to mark a paradigm shift in the industry.  Thankfully, it is no longer the case that a new release of EDA software or an upgrade of a piece of silicon is treated on a par with the theories of gravity or relativity. However, there are times when paradigms do shift, and, for the semiconductor industry, this may be one of them.

Just as a quick refresher (and simplifying greatly): Thomas Kuhn, in The Structure of Scientific Revolutions, put forward the word paradigm for the accepted model that scientists use to describe their activities. For example, the ruling paradigm in astronomy was that the earth was the centre of the universe and that all the other planets and the sun moved in circular orbits around the earth. As observation showed that this was too simplistic, astronomers clung to the paradigm by constructing ever more elaborate models (sometimes even physical models) of interlocking circles of different diameters to describe the orbits. Finally, it was generally accepted that the observations are more simply explained by the planets rotating around the sun in elliptical paths – the paradigm had shifted. A similar change occurred when, at the end of the nineteenth century, it was accepted that the different phenomena along the electromagnetic spectrum could be explained only by rejecting the idea that the atom was indivisible and realising that all atoms, of whatever substance, were made up from small elements called electrons, protons and neutrons. That paradigm shift lasted for only a short period before observations again undermined it and the weird world of sub-atomic particles with quarks and, possibly, the Higgs Boson, replaced it. If you want more on this topic, try the book, which is readable, and possibly avoid the many discussions on the philosophy of science sites, which are often unreadable.

Now we get to the electronics industry. The ruling paradigm until, say, the late 1980s/early 1990s, was that real semiconductor companies had wafer-fabs and that competition was red in tooth and claw, with the process by which wafers were manufactured being an essential weapon in the fight between companies.

Today that paradigm is shifting, and continuing to shift, if you listen to Malcolm Penn, CEO of analysts Future Horizons. At the International Electronics Forum in early October, Malcolm gave one of his usual iconoclastic presentations on the state of the industry.

While Future Horizons does produce market forecasts, unlike most analysts, Malcolm doesn’t get involved with decimal points of growth. He says that there are four variables that need to be considered – the economy, fab capacity, unit demand, and ASPs (Average Selling Prices). These are interdependent, but there is no mathematical link between them, and the picture is further complicated by industry emotion, industry fashion, and industry sentiment. Add all this together and it becomes impossible to model the industry. However, there is a saving grace, summed up by Mark Twain, “History does not repeat itself, but it does rhyme a lot.”  This Malcolm interprets as looking at previous cycles and then seeing what might happen.

One major issue that he sees at the moment comes in the area of industry emotion/fashion/sentiment: there is a perception that “The glory days are over.” He feels that the semiconductor company executives and trade associations are too gloomy, and that there are two problems stemming from this:

1)   Wall Street and the market analysts believe the gloom and doom and this has had the result that the industry as a whole and the companies in it are undervalued.

2)   Companies themselves, believing the gloom and doom, are not investing. Malcolm points out that companies who have continued to invest through the downturn are now reaping the benefits – including, for example, TSMC. (This has been true for all the industry downturns since the beginning of the industry – but companies seem to have short memories.)

If you want to hear a real rant against the short-sightedness of many companies’ senior management, just set Malcolm going. But he is not just negative: for companies that have the vision and passion, this could be a golden period. There are new technology, new markets, and new ways of building products. And one thing has not changed: “Being number 1 is all that really matters.”

So, what are the things that are driving the paradigm shift? The first is summed up by the 450 mm wafer and manufacturing processes below 20nm. (In case you missed Bryon Moyers’s piece a few weeks ago – a 450 mm wafer has the surface area of around 21 4” wafers, and, with a much lower area-to-circumference ratio leading to less edge wastage, there will be even more yielding die.)

450mm handling equipment is going to be difficult to make and will be expensive – even by the standards of the semiconductor industry. And sub-20nm is definitely going to need EUV (Extreme Ultra-Violet light) – again technically difficult and potentially very expensive.

What is happening is that instead of each company working independently, there is massive co-operation between the manufacturing companies and the equipment companies to get the new wafers and the new processes into regular use. This means that, while the foundries will compete with offering processes to companies, for chip companies, particularly the fabless companies, process will no longer be an important differentiating factor (and this has the potential to impact pricing). Instead, the competition will be on functionality of the device. (And in getting into the market first.)

Other papers at the IEF echoed the idea that there are dramatic changes occurring. Obviously Rudi Lauwereins of IMEC, the Belgian research centre that thrives on bringing companies together to co-operate, backed this view, and so did several other speakers.

Market change and its impact on the chip industry was another big thread at IEF. Tony King-Smith of Imagination (speaking over a video link) discussed how the mobile device is a pocket supercomputer – many phones today have more processing power than the 1976 Cray1 supercomputer. But it is achieving this through a revolution in architecture with the classic CPU supported by a graphics processing unit (GPU) being replaced by a multi-core CPU, multiple GPUs, and a Radio Processing Unit (RPU.) This has been made possible by the growth of open-source application programming interfaces (APIs) such as OpenCL and the new OpenGL (another example of co-operation). Tony argues that these changes are driving a new architectural approach, with the application at its heart. The application communicates through these APIs and, for some limited purposes, through an operating system to a CPU. Software will have to be written differently, since instead of the programmer writing to fit the resources available, the first thing the application will need to do is look around and see what resources are there that it can exploit.

There is also a change in emphasis in that it is the mobile and consumer applications that are driving forward the semiconductor industry, pushing new architectures and making demands on performance.

Similarly, the enterprise market is making different demands on the semiconductor industry. “Big Data,” a phrase that occurred in a number of presentations, within the enterprise and within the cloud, is being stored and processed not by “Big Iron,” the traditional mainframe, but by arrays of processors and storage disks. This reflects a change in the thinking – companies working on big data are working on six-month or tighter time-scales, while the enterprise is used to a three to five year cycle. The requirements for these arrays are also interesting: one centre has calculated that just taking off a single LED from each processor can save 13kw. Facebook has been driving an open standard for servers, Open Rack, and, according to Robert Ober of LSI, the Facebook head office sees a steady stream of traditional big iron users, like banks, who are evaluating the alternatives now available.

Samsung topped and tailed IEF. The closing speaker was Yoon-Woon Lee, who, after a long and distinguished career with Samsung, is now executive advisor to the company. His was a high level view of the global trends that will be shaping the world of tomorrow, including the increasing prosperity of Asia, an aging world population, global warming, and pervasive electronics. The way the industry will cope is through more collaboration. Don’t forget that Samsung is, by any measure, a giant company. In 2011 revenues, it is the 10th biggest company in the world, and the Q3 guidance, which was announced while IEF was taking place, is for profits of $7.28 billion – more than a dollar for every person on the face of the planet in just one quarter. For something that big to talk about collaboration is quite a change.

The opening speaker, Young Sohn, wasn’t working for Samsung when he agreed to talk. Since then he has been recruited to serve as President & Chief Strategy Officer at Samsung. He will be based in California, where he will be setting up “skunk works” – small centres working on a range of new ideas away from the mainstream business. (He cited Sun’s Java, Lockheed and the organisational structure of Apple as examples of how, even with big companies, small teams can get outstanding things done.)

Young Sohn’s talk could be seen as a microcosm of the whole conference, with the theme that the disruption we are seeing can be a catalyst for innovation, and identifying the transformation as connectivity, the internet of things, and mobile computing, all relying on big data sitting on servers. With mobile computing, a new world region, i2i (Ivory Coast to Indonesia) is emerging with a strong middle class that wants smart phones. The market for cloud computing and other infrastructure will be enormous, but it will require creativity to develop the products that can serve these markets at accessible pricing.

Is paradigm shift justifiable for describing today’s semiconductor industry? Well I think it is. The industry today is being driven by consumer and mobile markets, not industry and government as it was in the past. The chip manufacturing process, which has never been easy, is getting even more difficult and even more expensive. And the cut-throat competition in all areas, while it continues in the market place, is being replaced by co-operation on standards, on new processes, and on a range of other areas.

4 thoughts on “Did the Paradigm Shift for You?”