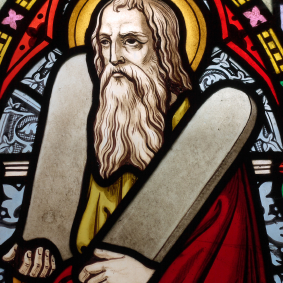 Since Intel produces only about 2% of the world’s processor chips, that leaves an awfully big 98% market share for everyone else. But for the past few decades, that lopsidedness hasn’t bothered Intel much, because it controlled the right 2%: the processors that went into PCs. For decades, Intel was happy to relinquish the lion’s share to other vendors. It stuck to PCs because that’s where the money was. There was even a brief period when making ’387 floating-point coprocessors was literally more profitable than printing dollar bills.

No longer. PC sales have been flat for a while, and mobile devices are where the action is now. It’s no surprise, then, that the chip giant has turned its attention to smartphones, tablets, and all manner of portable gizmos.

Now comes the Atom Z2760, or as it’s more commonly known, Clover Trail. It’s the dual-core version of Medfield (Atom Z2460), which broke cover several months ago amid much fanfare. Medfield was supposed to help Intel break into the smartphone market. Clover Trail is designed to do the same for tablets.

Clover Trail has all the usual x86 goodness. It’s fast (up to 1.8 GHz for short bursts), it’s dual-core, it has on-chip graphics, and it sports lots of basic system I/O. It also has an entirely new level of on-chip power management designed specifically to make Clover Trail more battery-friendly. All of this adds up to a good processor for tablets, right?

Well, yes and no. It’s a great chip if you’re making a Windows 8 tablet. But perversely, it’s not much good for anything else. In fact, Intel went out of its way to tell people not to use Clover Trail if they’re building an Android tablet, or a Linux system, or anything else that’s not running Windows 8. It’s almost as if Intel doesn’t want people to use Clover Trail. What’s up with that?

Well, there are technical reasons and there are marketing reasons. We’ll start with the technical stuff because it’s simpler. Clover Trail’s new power management serves the obvious function of reducing the chip’s power consumption, especially when it’s inactive and cruising on batteries. The idea is that people don’t really switch off their tablets; they just set them down for a while. Thus, it’s important for the chip to snooze as much as possible, while also being able to wake itself up quickly enough that people don’t notice. And Intel has gone to great lengths to include all sorts of sleep/nap/doze/hibernate/comatose/etc. modes into the chip. That’s all well and good, and kudos to Intel’s engineers. But the upshot is that software cooperation is required. All of that clever power management is wasted if the operating system can’t step in and manage the new sleep modes.

Following the announcement of Clover Trail, there was furor within the open-source community, claiming Intel was turning its back on Linux and pandering to Microsoft, or that the chip was somehow locking out Android. Cooler heads pointed out that Linux can be made to run on anything; how could Intel prevent someone from running Android on Clover Trail even if the company wanted to? Conspiracy theories and epithets flew like monkeys past the window.

The reality is, Android, Linux (and for all I know, CP/M), can be made to run on Clover Trail. There is no mysterious hardware lockout, nor will the chip self-destruct or report programmers to the software police. All Intel is saying is that the new power-management features are complicated, and that Windows 8 is the only operating system designed to fully exploit them—so far. Yes, you can run Android on Clover Trail; it’ll just get hot and eat up your batteries.

Besides, Intel says, there’s an even better chip coming out soon that will be specifically designed for Android tablets, so don’t get your panties in a bunch trying to hack-in support for Clover Trail. Wait a few months for Bay Trail and all will be well.

If the power-management support for Clover Trail is as complicated as Intel makes it out to be, it’s no surprise that OS support would be lacking at announcement time. You can’t support every operating system at once. On the other hand, if Intel wants to make these new power modes popular, the company would do well to document them pronto so developers can get started. Instead, the company seems inclined to treat the new modes as a big secret.

What is Intel’s motivation here? Why would the company roll out a new chip specifically for one operating system while simultaneously telling other OS developers to hold off? And if the next chip will be more Android-friendly, how will it differ from Clover Trail?

Intel’s reasoning is undoubtedly complex, but I suspect it boils down to money. Well, money and loyalty. Intel and Microsoft made each other rich in the PC heyday, and both companies see that near-monopoly slipping away. Microsoft, in particular, is extremely eager to see Windows 8 (and its ARM-based twin, Windows RT) take off in a big way. So much so that the Redmond giant took the unusual step of announcing its own house-brand tablets, flabbergasting its traditional allies in the PC business. Microsoft needs Windows 8 to succeed. And it needs Surface tablets to succeed. And it’s probably wiling to subsidize a fair amount of Intel’s chip development to make sure that (a) Intel-based Surface tablets perform reasonably well, and (b) that they hit the market before their Android equivalents. Hence, Clover Trail, the first dual-core x86 chip for tablets, is a Windows-only processor.

Intel has never made an OS-specific microprocessor before. Sure, its long line of PC processors was effectively a delivery mechanism for Windows, but they weren’t actually tied to the operating system. Clover Trail, on the other hand, was announced as Windows-only hardware from day one, and Intel makes no apologies for it. We’ll just have to wait for the next version to see how it feels with the shoe on the other foot.