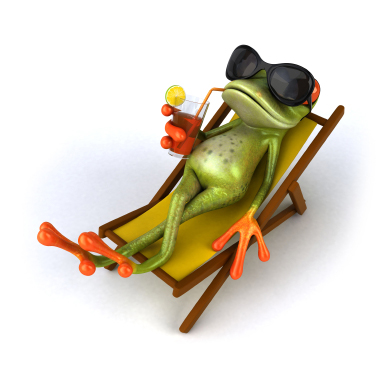 From One Pot to Another

Coventor Brings In a New CTO
by Bryon Moyer

A number of years ago, Coventor created a program called SEMulator 3D. Its target usage was for developing MEMS processes and devices, MEMS devices traditionally having the unfortunate characteristic that a specific device typically required a specific process. Coventor refers to it as “virtual fabrication” since it can abstract and model the steps used to fabricate a MEMS wafer.

One of their customers was IBM, and one of the people at IBM working with the tool thought that it would be useful for silicon processes as well. After all, some details and occasional strange materials aside, silicon circuits and MEMS chips are made the same way.

The individual who championed this adaptation of SEMulator 3D to integrated circuits was Dr. David Fried (pronounced “Freed”), and he was recently named CTO at Coventor, moving over from IBM. I spent a few minutes with him on the phone around the time of the announcement to get a sense of his motivations and his focus in the new role.

Of course, motivations are initially expressed in terms of mutual respect between the new team member and the team, but that’s kind of self-evident, or else the transaction wouldn’t have happened. So let’s look beyond that. After all, Dr. Fried has worked with Coventor for many years from the IBM side. Why switch? Yes, title might be nice, but an exalted position at IBM isn’t anything to sneer at either.

So are there any specific inflection points underway or imminent that motivated the move?

The main driver can be summed up in one word: complexity. Of course, complexity can be an incremental frog-boiling experience. You’re working away and things gradually get harder and harder without your realizing how complex they’re getting and the water gets hotter and hotter and before you know it… you’re grenouillabaisse.

This scenario, however true it might be in general, isn’t what’s happened here. You might say that the water suddenly got a step-function hotter, and the frog jumped out of the pot. And straight into a new pot. (At the risk of characterizing the move as an attempted escape, which, of course, it wasn’t…) Dr. Fried sums up this change as the move away from planar processing, resulting in four specific items that have ratcheted up the water temperature:

FinFETs are, of course, the poster child for this change, with 3-D ICs being the other embodiment of a third dimension. The gate stacks and backend complications result from these two fundamental changes.

The role he envisions for SEMulator 3D shifts (or increases) from virtual fabrication to virtual metrology. There are so many variables now, and the range of variation is so high, that it would be impossible to run full suites of wafers to evaluate them all.

The outcomes that depend on this work define the essential elements of a process – and, most importantly, identify the parameters within which designs must be targeted in order to yield well and make money. This means all the design rules, patterns to be matched, and DFM corrections. There are so many moving parts that sifting out the thousands of rules and adjustments requires enormous amounts of data – data that would be incredibly time-consuming to acquire should a full complement of physical experiments have to be run.

Granted, you have to run some real wafers to figure this stuff out; you can’t simply simulate your way there. But part of the role that Dr. Fried sees for SEMulator 3D is to sort through the permutations and combinations to identify a subset of all of the possible experiments to conduct. The idea is to collect the richest set of data with the fewest experiments; they will position their tool to help do that.

Of course, even once this work is all done, he sees the interaction between foundry and fabless company changing. Traditionally, designers get a menu of devices from which to choose. Those devices have been well-characterized, and that characterization data informs the simulation tools that the designer uses to verify his or her design. We’re seeing that start to change with the 20-nm node, where, at least at present, you can get any color transistor you want, as long as it’s black.

But, as Dr. Fried sees it, it won’t stop there. Fabless folks will increasingly be unable to remain disconnected from the dirty details of the transistors and other devices they’re going to use. He sees an increasing need for the designers to work with the foundries to develop what will essentially be custom devices, tailored to meet the needs of the specific designs being created.

This has a distinct back-to-the-future feel; unless my memory is failing me, I could swear that, early on, our silicon designs were custom-sized, with each device being lovingly dimensioned and tweaked and re-tweaked as needed to tune the performance of the circuit – all few-dozen transistors of it. I guess the difference (not counting the obvious orders of magnitude by which the device count has changed) is the explosion in the number of knobs to tweak and the fact that your fab counterpart happens to work for a different company.

The other big change, of course, is the fact that we’re no longer concerning ourselves with simply a single die. 2.5-D and 3-D ICs now merge multiple dice with connections either directly to each other or routed on interposers. Some of this is incremental – the redistribution layers (RDLs) on the back of the wafer are simply another set of layers. But a new program modeling that process will have to depart from the usual bottom-up approach because you don’t start at the bottom: you do the top set of processing and then flip the thing and do the bottom. TSVs typically involve drilling from the top and then grinding off the back. While this means a change to the layering model, it’s only a nominal change, allowing both bottom-up and top-down (or center-up/center-down) layering.

It gets yet more complex once you start bringing the pieces together inside a package. It could be tempting to model everything as simply a more complex stack of layers. But that fails for a number of reasons:

So this suggests another layer of hierarchy, where each die or interposer has its layer-by-layer build-up (towards the top or bottom) and then, at a higher level, these things are brought together – which isn’t necessarily a layer-oriented process.

It will be interesting to see how (if) this higher level of abstraction is worked into the tool; it clearly represents a non-incremental inflection in the methodology.

So clearly Dr. Fries and the Coventor team have their work cut out for them. As does anyone with the temerity to try to model the extraordinary complexity that, just when you think it can’t get worse, does get worse.

Makes you wonder if it’s time to jump out of the pot.

One thought on “From One Pot to Another”