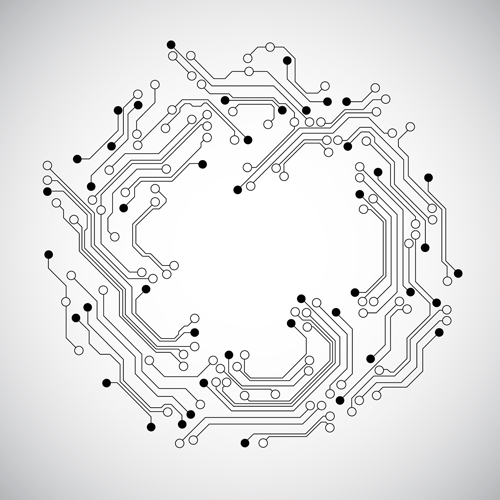 When the Silicon Doesn’t Matter

So let me get this straight. On one hand, we’ve got a multimillion-transistor chip fabricated in bleeding-edge 22 nm technology – one of the most complex devices humankind has ever created, at a total development cost of almost a billion dollars. On the other hand, we’ve got free, open-source, software created by volunteers in their spare time.

And the software wins. WTF?

That, in a nutshell (an appropriate receptacle), is where we are today in the smartphone business. Pretty much the same is true in tablets and e-readers, too. And Intel is not happy about it.

Lemme ’splain. Intel, as you know, makes gazillions of microprocessor chips. The company also makes gazillions of dollars selling those chips. Aforementioned chips power nearly all of the PCs and a big percentage of the servers all around the world. That part we already know.

We also know that Intel’s chips are nowhere to be found in newer gizmos like smartphones, low-end cell phones, tablets, handheld games, electronic books, and the like. Those gadgets are powered mostly by chips designed (though not manufactured) by ARM, with a smattering of MIPS-based chips thrown in for variety.

Finally, we know that Intel would dearly love to be part of that second crowd, and the company has spent considerable time and treasure creating “Medfield” and other chips based on the Haswell generation of the familiar Atom processor family. In short, Intel wants to extend its dominance of PCs and servers into the mobile space. Fair enough.

What’s surprising is that Medfield and its kin are having so much trouble penetrating that lucrative market. I mean, c’mon – Intel is the world’s biggest chipmaker. Everyone knows who Intel is. They’re the guys who invented computers and the Internet and Windows and everything, right? They are the ones with the amazing 22 nm Tri-Gate FinFET technology at their fingertips. How can they not win?

Turns out, the problem is software. There just ain’t much of it, at least not if you’re building cell phones around x86 chips, and that’s really hurting Intel’s chances. Yes, Android runs on x86, but that’s about it. Most Android apps don’t work because they include ARM binary code, and there’s not much wireless middleware, and there aren’t many debug or development tools for phones, and so on. Ironically, the processor that dominates the PC business precisely because of its software lock-in finds itself locked out of the mobile market for exactly the opposite reason. There’s just no software.

Well, not yet, at least. Intel knows full well that mobile developers are accustomed to ARM-based processors and ARM-compiled code, and that x86 is a foreign processor in those parts. So the company is encouraging (that’s spelled with a $) certain select software developers to port their wares to x86 processors. That work seems to be coming along nicely, and we should soon see more and more mobile-oriented x86 software trickling out of development labs. That will be good news for device developers who are looking for an alternative to the ubiquitous ARM.

But who exactly are those developers? Who is crying out for non-ARM processors? After all, the big phone and tablet makers (Apple, Samsung, HTC, Amazon, et al) seem pretty happy with their ARM processors. You don’t hear many complaints about ARM’s performance or price or power consumption. ARM has more than 100 licensees making chips – as opposed to Intel’s sole-source arrangement – so there’s plenty of variety and competition. Some of the bigger device makers, notably Apple, even design their own ARM chips, so they’re obviously committed to the architecture. What again was the reason for switching from ARM to Atom?

Let’s see… I’m a smartphone designer and I can either upgrade my existing ARM-based design by adding firmware features, changing the color of the plastic, and riding on the coattails of thousands of applet developers. Or I can design a whole new x86-based phone from scratch, get it approved by every telecommunications regulatory body in the world, create all my own middleware, and have exactly no third-party apps to download and run on it. Hmmm… that’s a tough one. Let me think about it for a second.

It doesn’t help that Intel’s current crop of mobile processors are only level-pegging with ARM-based chips. That is, they’re about as fast and about as power-efficient. They’re good enough, in other words. But “good enough” isn’t really. Not in this market. Intel’s silicon is going to have to do much, much better than the incumbents to stand any chance of displacing them. You wouldn’t switch to driving on the other side of the road just to have a car that’s about as good as the one you’ve already got. It would take some pretty spectacular hardware to force that kind of change in behavior.

So that’s the challenge facing Intel. The world’s biggest chip company is facing what might very well be the biggest challenge of its charmed existence. And it’s not even the fault of the chips. It’s that stupid free software.