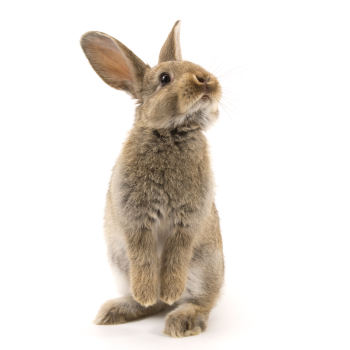 They just kept going and going.

Or at least that’s what we’re led to believe. And how would we know if it could still keep going? Press that little strip on the side of the battery and see what color it turns.

The technology that went into that test strip, not the battery itself, came into its own as Energizer spun it out into a new company, Blue Spark. Blue Spark doesn’t make battery test strips, however. That technology has morphed into a new flexible battery technology that’s now being marketed into low-cost disposable items that either haven’t existed before or haven’t had any electrical capabilities until now.

Batteries may seem rather pedestrian, and, in the AAA-D series, it’s hard to imagine something coming along that would, well, fire our imaginations. But new battery chemistries and construction techniques are being actively sought to power more everyday items in less obtrusive ways. And one of the more recent innovations is the flexible battery.

A primary battery, by contrast, is a bad news/good news thing. The bad news is that it lasts only until it’s discharged. The good news is that they hold more charge and you don’t have to mess with the recharging circuits.

Because these materials are not considered hazardous, these batteries can, unlike your standard kitchen battery, be disposed of in the trash. That and their cost therefore make them attractive for use in low-cost disposable items. And when the topic of cheap, disposable electronics comes up, the discussion can be dominated by four letters: R-F-I-D.

Of course, RFID tags ordinarily have no battery or power source of their own: they’re powered by the RF energy from the reader. The question then becomes, what could you do if you added a battery? According to Blue Spark, you can increase the range, for one thing.

An RFID reader has to get in the range of 30-40 feet of a standard passive RFID tag in order for it to wake up and start its chatter. A battery allows the RFID tag to stay in a low-power listening mode. Because it doesn’t need to go through the effort of waking up, it can respond to a reader that’s much further away – as far as 150 feet. In one example, they were able to read a tag a million times a year for two years before the battery gave out. (Although if the tag had been in front of the reader the entire time so that it couldn’t sleep, it would have probably lasted only a month or two.)

Given the common use of RFID tags for tracking stock, two years is likely far longer than an enterprising merchant would want to have something on the shelf or in transit.

But this isn’t all they have in mind for the lowly RFID tag. Various sensing and data-gathering nodes have to communicate their accumulated information to some central point in order for it to be of use. Typically we talk about networked nodes or wireless nodes. Even without a network, you would need to go to the equipment and plug in a cable of some sort to download the data.

A battery-powered RFID tag could be designed to gather and offload the data into an RFID reader – even performing calculations. Of course, part of what motivates the use of wireless networks is the vision of remote, hard-to-reach equipment, where it’s difficult and expensive to send someone out to replace a battery or download data. That in mind, the kind of datalogger that would benefit from  an RFID approach would be one where the node is easily and inexpensively accessed, and either it has a finite lifetime throughout which the battery can last or the battery can be replaced as needed (presumably while gathering data).

Moving beyond RFID, they see medical applications as well. We’ve all heard about (or used) transdermal patches, which deliver medicines through our skin. They work through ordinary diffusion or by the melting of material by body heat. Using an electric field driving ions that transport the medication can increase the delivery by sixteen times. Strapping a AAA battery to a patch simply doesn’t pass the fashion test; a flexible battery, however is another thing – especially when it can be safely disposed along with the patch itself.

Continuing into the realm of the indulgent, they see uses in interactive product packaging – imagine a shelf in a store with 20 boxes all flashing and whooping, saying “Buy me!!” “No, buy ME!!” Just what our shopping experience is missing. On the less obnoxious side, of course, is the possibility of packaging that shows how to use the product or provides information in a way that’s more effective than simply printing it on the package itself.

And then there are those annoying cute singing holiday and birthday cards. Just imagine what can be done with a slimmer, more flexible battery. <shudder>

The common denominator in all of these products is, of course, that they have limited lifetimes and will be trashed right after a single use (the datalogger being less obvious on that score). A secondary battery would clearly be inappropriate for this, given the lower energy density and the cost of a recharging circuit that would never be used. (No, I don’t think you could talk people into removing the battery from a used skin patch to recharge and put on a different one. Thanks anyway for saving the planet.)

For any of you inspired to jump into this, Blue Spark says they have patents on both materials and processes for these batteries. Getting them to work isn’t only a matter of basic chemistry, but it is also about how to formulate the inks so that they’re reliable and long-lasting. Blue Spark is presumably protecting this technology as a means to keep going and going…

One thought on “Temporary Storage”