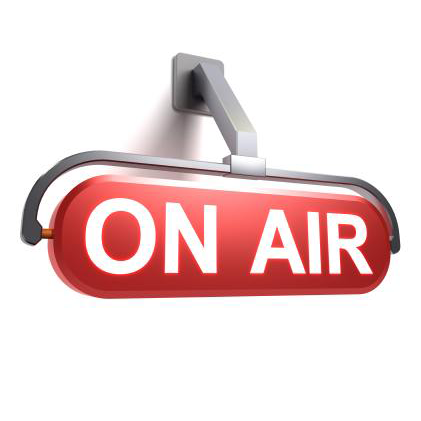 The world of broadcast has always been a technology challenge. Consumers demand a lot from their TV programming, and they have geared up to prove it. There has been a revolution in recent years in the quality and performance of consumer video equipment, and that boom has made the consumers’ expectations skyrocket. We want broadcasters to deliver stunning quality images right to our monitors – with no glitches, delays, or quality problems. And, we want to choose from literally thousands of programming options at any given time.

More recently, we have even begun to expect to be able to access that same content wirelessly with our smartphones, tablets, and other mobile devices. Our sense of technological entitlement blooms instantly – usually before our expectations have even become fully feasible. If we can’t stream HD video to our iPad while we’re camped in Yosemite, we’re livid. Our technology providers have failed us. Civilization is on the brink of ruin.

Pushing that crunch back up the food chain to the broadcasters creates a huge problem. If consumers want to watch 1080p, chances are that broadcasters need to be capturing 4K/2K. However demanding the data pipe is on the last mile, the first mile is almost incomprehensibly terrifying. Capturing, compressing, editing, distributing, and storing the massive amount of programming that today’s world demands is a monumental technical task.

Unfortunately, the production volumes in the broadcast world do not come close to justifying the kind of economy of scale that facilitates devices like smartphones or the worldwide wireless infrastructure. When most equipment is produced in the tens to low thousands of copies, creating a high-performance custom SoC is pretty much out of the question in today’s world. With an estimated price tag of $100M to complete a 20-something nm IC design, the cost of broadcast equipment would go through the roof if even one custom chip were required.

However, the performance demands of broadcast are so extreme that the problems are almost impossible to solve with off-the-shelf components. This is why broadcast is a sweet spot for programmable devices like FPGAs. There is a well-funded demand for ultra-high performance at very small production volumes.

At the recent IBC, those demands met solutions. Both Xilinx and Altera were rolling out the red carpet to the broadcast world – touting technologies that are uniquely positioned to solve the core problems of modern broadcasting. FPGA-based solutions tend to fall into broad categories of video capture and processing, video connectivity, and video/media transport. Combined with traditional processors, the compute acceleration, switching, and connectivity power of FPGAs makes demanding applications like 4K/2K (and now even 8K) video capture and processing possible, without breaking the bank on either development/NRE cost or power consumption.

Of course, having a big slab of silicon thrown on your bench doesn’t give you a broadcast solution, even if that slab of silicon is a highly-capable FPGA. The engineering distance from a bare FPGA to a working video solution is huge, and the amount of effort and expertise required are substantial. Furthermore, most of that engineering work ends up being on the basics – simply getting a video stream into and out of the device and doing some kind of processing on it in between.

In their chase for the broadcast market, FPGA companies and their partners have invested a substantial amount of effort in creating tools, IP, and reference designs aimed at getting broadcast equipment designers from the “what the heck is this FPGA thing I just bought” stage to the “hey, look, I’ve got a working video stream coming out of this thing” stage – in just about zero time.

At IBC, Xilinx was showcasing collaborative solutions with multiple partners – focused mainly in the early stages of the broadcast chain – right after the content is captured. Xilinx calls this phase “contribution” and it covers everything from compression and cross-conversion to processing and editing. With their partner OmniTek, they were debuting a broadcast application development kit – using their new Zynq SoC devices that combine high-performance ARM-based processing subsystems with FPGA fabric and high-speed transceivers. The OmniTek Zynq-7000 SoC broadcast development kit features a nice development board with all the connectivity you’d expect and need for creating video processing designs. Moving that from the realm of “expected” to “really useful” is the large accompaniment of domain-specific IP and reference designs.

The star of this show is the 2.0 version of the real-time video engine (RTVE). This is a very sophisticated reference design – developed jointly by Xilinx and OmniTek. Its aim is to get you up and running almost instantly – with a video application that is probably 80-90% of whatever you’re planning to develop. As we’re on version 2.0, the design has been enhanced considerably based on previous user feedback and experience. It supports up to eight simultaneous channels of video, features an integrated de-interlacer/scaler with multi-port video direct memory access for increased performance, and VCXO removal, which shrinks and integrates the design even more. Besides giving you the benefit of an up-and-running-fast reference design, it brings design techniques to the party that will improve the power efficiency and BOM cost of your finished product.

The RTVE is versatile enough to be used in a wide range of applications, from cameras and camcorders to switchers to monitors and multi-viewers. The application on top of the Zynq device allows the subject application to be nicely partitioned between software (for maximum flexibility) and hardware (in FPGA fabric for maximum performance and power efficiency). Besides giving one more level of integration, devices like Zynq enable providers like OmniTek to create solutions with a known, fixed hardware AND software environment. This paves the way to a new level of integrated-comprehensive IP that would not be possible with ad-hoc, discrete programmable logic and processing subsystems.

In the arena of getting video from point A to point B, Xilinx also announced a collaborative solution with partner Barco Silex aimed at easing video-over-IP development. Even though just about everything is inevitably headed toward IP-based infrastructures, video is one of the most challenging arenas because of the enormous bandwidth and quality-of-service requirements. Most of the systems designed to handle piping data through our IP networks break badly when they encounter high-quality video streams. The performance and power-efficiency of FPGAs is just about a requirement to facilitate successful broadcast-quality video over these types of networks. In this area, standards are rapidly evolving, and they are likely to remain in a state of flux for a number of years. The two companies are partnering to deliver the hardware and IP that will handle the current stable of standards and protocols, and that will facilitate easy and rapid migration as those standards evolve and as new standards emerge.

Not to be outdone, Altera was on-hand with a full-size PCIe card outfitted with two high-performance Stratix V FPGAs. This video computing platform brings boatloads of bandwidth to the party – and massive memory connectivity. The system includes a wide range of interfaces – SDI, DisplayPort, HDMI, 1-10GbE, PCIe (of course), and SFP+.

With the rapid pace of evolution in the video world, we expect to see explosive development in this area in the months and years to come. Consumer expectations are at an all time high, and companies throughout the broadcast and delivery chain face unprecedented challenges and opportunities in servicing this voracious consumer appetite. Let’s grab some popcorn and watch the fun!