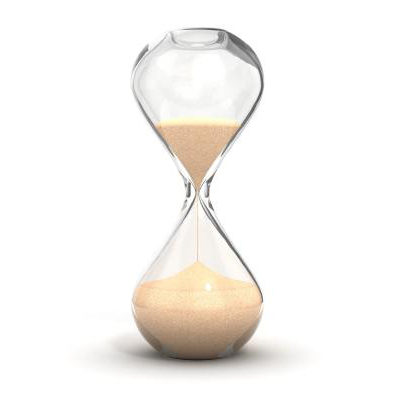 Could Baolab Be the Next Altera or Xilinx for MEMS?
by Bryon Moyer

Today we’re going into the world of imagination. Imagining what if, and then imagining what.

Is the phone ringing? Does your computer keep pinging because yet more… medical assistance is being proffered at cheap prices from overseas? Is your boss watching? These are all distractions that will hinder the process of imagining, so, if you can, let’s place ourselves in a professional setting: a cool, dark place where you can lie back and stretch out and open your mind… close your eyes… forget that I’m there in that chair next to you… ignore the timer on the end table… breathe easily… shuck those cares, like the meeting you’re supposed to be in right now… and just… imagine.

First: the big “what if” (which will become the big “what”): Imagine a MEMS sensor that can act as any of the traditional motion- and position-sensing devices for any axis. We’re talking linear acceleration… rotational acceleration… even magnetic and pressure. “What??” you ask, but be still, have a little faith (for the moment), and let your mind run with it and see where it goes.

Also imagine that this can be done using a standard CMOS process with no extra steps or materials. Proof masses are built out of metal using the standard metal stack.

Depending on what you’re used to, this, by itself, presents some interesting possibilities. If you’re used to individually-packaged sensors made with special materials, then some immediate benefits accrue. Obviously, using only a CMOS process opens up a wide range of manufacturing possibilities rather than the typical one-fab option. And if you want multiple sensors, you have to make sure they’re aligned (although calibration is supposed to correct for that). And, presumably, this should save space and cost.

Of course, CMOS-only MEMS has been around for a while, so that’s not hard to imagine. And, from a user standpoint, you can get multiple sensors co-packaged, which relieves you of alignment duties (while placing them on the pick-and-place machine that’s assembling the thing).

And you can, to some extent, integrate multiple sensors (say, for 3 axes) on a single chip – at least similar sensors, if the materials make a difference. Then the alignment issues go away. This is doable today also.

So using a CMOS-only process, bringing multiple axes of a sensor or two onto a single substrate… not much to imagine since it’s not news.

Putting all of the different sensors on a single die? That gets more interesting. Using the industry standard of proliferating axes (or is it degrees of freedom that get proliferated?), you get 3 for linear; 3 for rotational; 3 for magnetic; and 1 for pressure. That’s 10 monolithic axes, baby. You can now fuse those together at a low level to provide a single set of position vectors representing the consensus opinion of the sensors as to where you are. (I’m assuming that creative folks would still want the raw sensor data, too, since they’ll figure out something interesting and unusual to do with it.)

Of course, fusion is mostly done by software these days. But, since these things are all in one place, could that fusion be done in hardware in the accompanying ASIC, immediately following the conditioning circuits?

And, since we’re organizing this party on a single standard CMOS die, we might as well invite the ASIC itself to come and rub elbows with the sensors, eliminating yet another die or even a package. In fact, if we can restructure our MEMS technology to use fewer layers of metal, we might even be able to position the sensors on top of the ASIC circuitry, assuming we can restrict ASIC interconnect to the lower metal layers.

And, if some of the temperature and other environmental effects on the proof mass, which is made of metal, also affect the same metal in the circuitry, might there be some interesting self-compensation or auto-calibration tricks that could take advantage of this?

Now, if we’re dealing with a generic sensor, there has to be some way of making it act like an accelerometer or gyroscope or magnetometer or barometer. Partly, there’s the question of how you give it a chameleonic character, which we’ll come back to, but there’s also the question of range and sensitivity; they’ll be different for the different sensor functions.

So these have to be adjustable. Perhaps that could be done with surrounding circuitry that would hard-code which was which. While that’s not particularly flexible, you would get the benefits of a single template to configure for each sensor, adding to the benefits of integration.

Or perhaps it could be configured by software, although that could be tricky for something that needs to be functional at or near wake-up. In the latter case, maybe some kind of non-volatile memory? If programmed only once, a simple e-fuse OTP technology could be compatible with CMOS. If it had to be reprogrammed, then that would get a lot harder to integrate; it might have to rely on other in-system Flash or other NVM. Or perhaps a MEMS structure like a cantilever relying on stiction as memory. Might that be reliable enough? Small enough?

Taking this a bit further, if these things were really tiny, you could put a lot of them in a small space. Then you could take advantage of redundancy to improve yields, swapping out bad sensors for good. Or you could use multiple units as a single sensor: if you can average the response of two or more sensors, you can eliminate some noise in advance of any conditioning circuits.

But here’s where things can get more interesting yet. What if you could have an entire array of these things, not just configurable, but re-configurable? Like an FPGA, except with MEMS instead of logic. An FPMA – Field-Programmable MEMS Array. We all know what’s happened in the FPGA market, although, to be clear, it happened that way only once: a) the PAL architecture provided better speed and cost than prior technologies, and b) PALASM software made designing something less of a chore. These two events created a flourishing programmable logic market, upon which FPGAs were able to build. So an FPMA market would also need to benefit from cost, performance, and ease of use.

And, to be sure, one final driver: compelling applications. What would you build if you had an FPMA? Where is your imagination taking you now?

OK, so we’ve had our flight of fancy. Let’s starting bringing things back, as our time is almost up. There remains within this electromechanical fantasy one central assumption, the key initial what-if: the generic sensor. Now we must move from “what-if” to “what.” As in, “What the heck would such a beast look like?”

This whole dream sequence is brought to you courtesy of Baolab, who have outlined the scenarios that have been floating through your suggestible mind. The one thing they haven’t made clear is what the actual sensor looks like.

One tantalizing aspect is the ability to configure which axis is being served. Frankly, it’s easy to imagine how X and Y could be handled, but turning an X or Y into a Z? Not so obvious. It’s actually easier for me to picture a 3-in-1 sensor that does all three axes together (with Z having its own special implementation) than a single efficient sensor that could be X, Y, or Z.

Then there’s the other obvious question: how do you get a single unit to act on linear, rotational, magnetic, and pressure forces? They have a whitepaper that lays out at a high level the fact that they’re all forces. And if you can have a generic sensor that senses forces, then, well, there you are. You’re set.

Yeah, I know. That part is more or less self-evident. The big question is: How do you get one sensor to do all of that? We can do magnetics without magnetic materials, using Lorentz forces, so that’s one thing. But it’s not obvious how sensing Lorentz forces is the same as sensing lateral or Coriolis forces or air pressure.

So where does that leave us? It leaves us still in the realm of imagination. Baolab has tantalized us with the possibilities of what they call a NanoIMU (not sure if Memsense, who also makes a “Nano IMU” will take issue with that). But, as of this writing, I haven’t been made privy to the pièce de resistance – the actual “here’s how we do it.” Perhaps that’s intentional; secrets abound in our world. Usually they’re poorly kept, to be sure, but I haven’t unlocked this one.

So I’ll leave you to imagine how this might work, and we can talk about it some more in our next session.

Hey, one more thing: I just learned a little more about the “generic cell” that, frankly, raises more questions than it answers.

“The generic cell can do 1 axis: x and y cells are identical, just aligned at right-angles to each other on the wafer. z has a very similar geometry, but is arranged such that motion (and detection) is constrained in the lateral rather than the vertical direction.”

“The cells themselves are very scalable too, each being constructed from multiple sub-structures, each comprising a moving element surrounded by fixed combs of capacitive detection conductors.”

More for you to imagine and discuss in our next session.