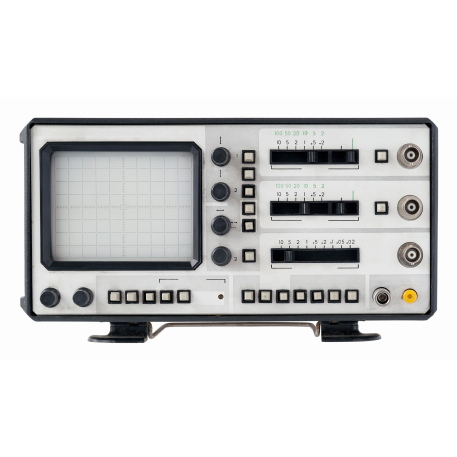 Attack on Many Fronts

The Analog World is Awash in New Tools
by Bryon Moyer

The name “Silicon Valley” is, to some extent, a reminder of a glory age, when the perfect confluence of innovative minds and a couple of world-class universities all within spitting distance fell together into a cauldron of innovation.

Innovation still happens here, of course. And many original sparks of brilliance still flash here. But much of the work that supports the elaboration and implementation of those sparks – not to mention outright manufacturing of the goods themselves – has long gone someplace where engineers don’t expect to make six figures. Ever. It’s as if the Valley overheated and exploded like a supernova, casting gasses and elements throughout the world and burning itself down from the crazy hot of freshly lit coals to the more reliable, ruddy glow of ashen coals ready for grilling.

So, out this this diaspora of ideas, we now have Silicon Gulch and Silicon Glen and Silicon this or that; places all over the world have tried to emulate the model that made the Valley shine. Chip and board and computer and software design are scattered across the globe, and no one place can truly claim to be a unique hotbed.

There is – or has been – an exception to this general diffusion: EDA. While you can find EDA bits and pieces everywhere, the weighted average overwhelmingly favors the West Coast. Two out of the big three are in Silicon Valley; the third is not far to the north, just south of Portland (which I think, if I’m not mistaken, has billed itself as Silicon Forest. I’d jokingly suggest “Silicon Raincloud,” but that would be met with howls of protests from the locals, who will maintain until they die, “It really doesn’t rain that much!”).

“But wait,” you say, “there’s much more than just the big three.” And you would, in general, be right – although how right you would be would depend on the start-buy cycle. In EDA, there is only one exit. OK, two, counting shutting the doors. But the only viable one is getting bought by one of the big guys. Between those two options lies that twilight existence – keeping things going, but struggling to make headlines.

And there are spates of start-up activity as angel purse strings loosen up, and then that cohort runs its cycle and either disappears or gets bought. And another cycle happens. Hopefully. The point is that, when there is lots of startup activity, it may happen anywhere in the world. And then the buying starts, and all of those places fall under the firm grip of the West Coast.

The way that this works is that those startups focus on some critical piece of technology that, for some reason, isn’t being pursued by the big guys. They offer a point tool that, if done right, kicks the crap out of the big-guy tools – at which point, hopefully, it is magically converted into a big-guy tool as part of a big-guy flow. Nobody, but nobody, tries to re-invent a full suite of tools.

Until recently. If you haven’t been paying close attention, then you might not have noticed. But there’s something of an EDA invasion going on. Whether it is an invasion of killer bees or cottonwood puffs has yet to be determined. But, one by one, we’ve started hearing about this company and that company starting to do business as broad EDA providers – and they’re all based out of non-traditional EDA locations.

The first I noticed of this was Symica, which we discussed briefly last year. It originated in Ukraine. The company, Vivid Engineering, now has a San Jose office. But that’s part of the pattern: you mature someplace quiet, and then, when ready, you open a San Jose office – perhaps even declaring it your new headquarters.

Of course, up to that time, it was only one company, which officially can’t be called a trend.

But then earlier this year I met with a company called ICScape out of China. And then came JEDAT out of Japan. I even heard rumors of something coming out of Brazil, although there was no follow-through on my double-checking, so either that was a false alarm or someone spoke out of turn and we’re not supposed to know about it yet.

These companies followed trajectories very different from the typical “leave a big-guy and develop something they won’t fund” path that so many startups have taken. Eastern Europe and China rank among the more… thrifty of technology hotbeds. People don’t (or can’t) afford big-ticket tools. So what do you do? Roll your own. (Yes, there’s another solution… separate topic…)

And you do that for a while, improving the tools all along, adding bits and pieces that you need, and one day you look around and go, “Whoa, Maynard, we got us a full flow of tools sittin’ right there.” And what are you going to do with them? “Aw heck, we oughta just sell ‘em. We’re awful damn proud of ‘em…”

And you do that the most efficient way possible, because, let’s face it: you don’t have big-ticket salesguys in fancy cars that will take CAD managers to expensive lunches. So, if you’re Symica, you put them up for sale – on the web, for example.

JEDAT is a slightly different story, since Japan has had a reputation for spending more on tools, not less. But as much technology as the Japanese bring in from outside, they also like to buy Japanese products, and Japan presents a large enough market to where a small Japanese EDA company can do just fine without ever trying to sell anywhere else. Which is why, after 20 or so years, JEDAT is only now addressing the US market.

Messaging for these companies tends to be… diffuse. There’s an element of “we’re not the big guys” to their value propositions. That usually equates to, “We’re cheaper.” And yet they’re trying to cast a big shadow at the same time. JEDAT boasts the A-list Japanese companies they’ve sold to. ICScape touts the fact that they’ve been acquired by Huada Empyrean, which they claim to be the largest Chinese EDA company, which is a subsidiary of China Electronics Group, claimed as the largest Chinese conglomerate.

The other interesting common denominator is the focus on analog and AMS. That was Symica’s focus, and it’s JEDAT’s target as well. ICScape has a full AMS backend flow in addition to some SoC backend point tools. I’m not sure if this AMS obsession is because of Cadence’s dominance or despite it, but Cadence would seem to be the primary target.

Now… I probably overstated the nature of the “full flows” offered. Hey, it makes a better story. But, in reality, a truly full flow is enormous. These guys do something less than having a complete environment, but it’s far more than just a point tool focusing on some new innovation.

So these guys are biting off a big chunk. And it remains to be seen how hard they will have to sell to penetrate this arena – vs. simply waltzing in and saying, “Hello, ladies; you’re welcome.”

Then again, if you’re a small consulting business, you can still quadruple your revenues without causing a big guy to scratch that weird little new itch. But if you’re going for gold and glory, that may be tougher.

One thought on “Attack on Many Fronts”