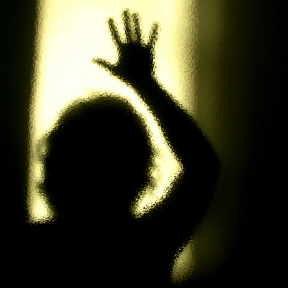 Living In the Shadows

It’s funny… You’d think that, with touchscreens now in the hands of so many consumers, touch technology has to be a done deal. Moving on to the next thing. (Of course, then I see my own phone’s touchscreen get a life of its own, with phantom touches dancing all over the screen faster than I could ever do, calling people and adding nonsense contacts all without any involvement on my part, and it feels like touch has a long way to go.)

Late last year we took a look at touch technology, and, while projected capacitive (P-cap) touchscreens are seeing their age of dominance now, there are still a surprising number of different approaches being explored. This is particularly true for large-format surfaces – whiteboards and such – where, as we saw, some of the common technologies that work on a small scale peter out. The ability to handle multiple simultaneous touches – so-called multi-touch – is really where the action is. Got a new technology that will detect only one touch? It’s likely to be viewed as a “meh-too” approach.

One company, isiQiri, recently announced use of “frequency encoding” in large-format touch displays. That sounded unlike anything else I’d heard about, so I engaged with them to figure out what they’re doing.

It starts with something other than touch. They would take a semi-transparent projection screen and put a matrix of photo-diodes behind it. These photo-diodes include a dye that accepts blue light (and turns it into green light – color shifting is apparently a characteristic of this class of dye, but that aspect isn’t critical for our story).

If someone shines a blue laser pointer at the screen, the diodes can figure out where that point is located. In fact, if multiple laser pointers are aimed at the screen, all of them can be detected. The only challenge is, if you care about which point is which, well, they’re all made out of blue ticky-tacky and they all look just the same.

This is where the frequency encoding makes its initial entrance. By pulsing the blue lasers, with each laser having a distinct pulsing pattern, they can now tell which pointer is which.

All of which probably seems to have little to do with touch technology. But wait… it gets better.

In this case, rather than having an array of diodes behind the surface, they create a perimeter of diodes that encloses the LCD. This border doesn’t affect the LCD itself, but rather goes into the bezel. They then put a laser in each corner of the display. They put a lens in front of the laser that fans the light in a 90° swath.

That light travels through the glass surface, remaining trapped unless some discontinuity is encountered. So the photo-diodes will, in general, gather back up all the light being emitted, and an observer may not notice anything at all since none of the light escapes through the surface.

But one way to create a discontinuity is to touch the screen. Now a few of the blue photons get curious about this thing on the surface and go to investigate, leaving the comfort of the glass much the way ant scouts go to investigate that eighth-inch dot of honey you didn’t notice you spilled on the counter so that they can invite 10,000 of their closest friends to come share in the bounty of the universe.

In fact, if it were dark and you were touching the screen, you might just see a faint blue glow as these photons sacrifice themselves in the name of figuring out who goes there.

The absence of these intrepid soldiers does not go unnoticed by the photo-diodes, and they duly record the existence of a shadow of sorts in the vicinity of the touch and call it in. And so a touch is registered.

Detecting more than one touch, however, isn’t quite as easy. If two fingers touch, one may be behind the other with respect to one of the lasers, and then the existence of the second touch couldn’t be detected. This is referred to as “occlusion,” And it’s where having a laser in each corner helps. But there are a couple of challenges that must be addressed:

So isiQiri uses a two-layered approach. On one layer, they pulse the lasers, somewhat like they do with the laser pointers, but the pulsing itself is the “code”; there is no difference between the coding of the four lasers. This pulse frequency can be selectively filtered to exclude ambient light. So this is how they discriminate between laser light and any other light that happens to be the same color.

The next layer both allows discrimination of the lasers from each other and adherence to the power restrictions. Instead of all four lasers simply being on, pulsing away, they are “rotated.” So only one is on at a time; it then blanks and the next one goes on and pulses; and so on, round-robin around the display. Since the circuitry knows which laser is on at any given time, it can figure out which shadows are caused by which lasers.

In addition, because each laser has a 25% duty cycle (and is pulsing, for a further 50% off-time), the power limits are met. These two elements  – pulsing and rotation – constitute the “frequency encoding.” There’s not much real coding in the pulsing, but the name somewhat reflects its pedigree.

There is a theoretical (and possibly practical) limitation for multi-touches involving more than four simultaneous touches. If we initially limit ourselves to considering static touches, imagine the two diagonals from corner to corner. Now imagine four touches, one along each diagonal, surrounding the center. All four of those touches can be detected. Now add one more touch, right in the center. That fifth touch will be occluded by the other four, since the surrounding touches are in the line of sight of all four lasers.

I asked isiQiri about this, and they agreed that, in theory, this is possible, although statistically very unlikely in reality, even for a static situation. (As you can imagine, setting this experiment up would involve careful placement of fingers, and if the middle finger were larger than the others, it still might be detected – in other words, you have to work hard to implement this corner case, reducing, if not eliminating, the chance that it happens by accident.)

It becomes even less of an issue for swipe gestures. If the four fingers are set up, for example, and the fifth is swiped through the center, it’s entirely likely that the motion-tracking algorithm will be able to patch the gap by interpolation, and any momentary occultation would not be noticed.

Their focus is large displays: they’re starting at 55” and can go to hundreds of inches. The lasers currently in use are strong enough to handle the extra size. It’s not a technology challenge to go bigger; it’s simply a market question. And because the lasers, lenses, and detectors go in the border, it doesn’t affect the actual manufacturing of an LCD (it could, frankly, be any surface that has a glass layer or a medium for carrying and containing the laser light).

Their hope is that this can make it easy to add touch capabilities to existing large-format surfaces with minimal disruption.

One thought on “Living In the Shadows”